He asserted that “India had confirmed number of infected persons at 8,447” (at the time of writing this article, ie, within three days, this number stood at 12456.

If we assume, Mr Aggarwal continued, “that 20% of infected persons may require critical care and oxygen support then we will need such support for 1690 patients. But India had 41,974 beds ready in 163 dedicated hospitals across the country.”

In the light of these comments, it seems appropriate to ask ourselves is India really ready for post-lockout COVID -19 future?

To evaluate the validity of this claim, we first examine (a) the quality of India’s health infrastructure, and (b) how well New Delhi has performed so far in tackling COVID-19 pandemic.

It is widely documented that the first confirmed case of COVID-19 disease in India was reported on January 30, 2020.

By then it was well known how infectious and fatal COVID-19 (or SARS-CoV-2) virus was. A week earlier on 23 January, the Chinese authorities had quarantined Wuhan (the city widely considered as its source) and by January 25 the entire province of Hubei was locked down. Australia banned flights from China on 1 February.

These developments should have rung alarm bells in India which has a very poor health infrastructure.

For example, replying to a question in the Rajya Sabha (=Upper House), Union Minister of State for Health Ashwini Choubey said a total of 1,159,309 doctors were registered with the Medical Council of India (MCI) as on March 31, 2019.

As we know from the case of British PM Boris Johnson, the condition of patients suffering from COVID -19 virus can deteriorate very rapidly. Their lungs, kidneys and other internal organs start failing fast. Therefore, one hopes Mr Aggarwal appreciates that India just does not need beds in isolation wards for patients to die in agony. These patients will need beds in intensive care units (ICUs) served by experienced critical care specialist nurses and doctors.

According to ‘Our World in Data’, a non-profit organisation funded by the Bill and Melinda Gates Foundation, in 2017 India had 0.6 acute (curative) care bed per 1000 person. The same figures for the year 2015 respectively for Myanmar (Burma), Thailand and China were 1, 2.1 and 3.9 beds.

The situation with critical care staff is even more acute. In 2016, data from the Indian Medical Association showed the country needed more than 50,000 critical care specialists, but had just 8,350.

My enquiries reveal that the situation with regard to critical care specialists has not changed much since 2017.

The WHO recommends that to minimise the chances of being infected by COVID 19 virus, people wash their hands with clean water and soap regularly.

Here it is worth noting that 50.7% of the rural population does not have basic hand-washing facilities, including soap and water (UNICEF and World Bank data). The same figure for the urban population was 20.2% and around 40.5 per cent for the population overall.

This writer is not aware of any report that New Delhi has made any effort to improve this situation anywhere in India since January 30.

Indian doctors working in the frontline have no doubt that India is massively under-reporting its coronavirus cases as well as fatalities. BBC’s News Hour programme interviewed two doctors (unwilling to give their names for fear of persecution by the authorities) on April 14. Both of them, situated in different Indian cities, said that a large number of patients that doctors suspected had died because of COVID 19 are being recorded as dying from acute respiratory illnesses. They also said that the problem was being further compounded because they were not being allowed to test the relatives of these dead patients.

Under-reporting was also the subject of an editorial in The Financial Express of March 31, 2020.

My own enquiries have not only confirmed this sad truth revealed on News Hour but they also reveal that India is suffering from a shortage of chemical reagents necessary to carry out COVID-19 tests. Further, a lot of machines are too old and prone to break down often and are not regularly serviced and re-calibrated.

It is worth noticing here that the Modi government in a submission to the Supreme Court (the apex court in India) conceded that it did not have the capacity to conduct more than 15000 COVID 19 tests per day and requested that the private labs be ordered to carry them out free of cost.

Furthermore, many public hospitals in small towns (with a population of 100,000 or less) do not even have personal protective equipment (PPT) for health and related professionals to wear. Consequently, they are reluctant to treat anyone showing signs of COVID 19 infection.

It is also widely recognized by international experts that the Modi Government has not put in nearly as much effort in contact tracing as it must.

In the absence of an effective set of medicines or vaccine, contact tracing is a must in fighting COVID 19 infection. When only a very tiny fraction of suspected patients (not to speak of people who have come in close with) are being tested then one cannot expect contact tracing to have any noticeable impact.

As late as early March, the Modi Government was not carrying out any temperature checks even at any international airports. It closed its airspace to international airlines only on March 14 (six weeks later than Australia did).

Instead of taking any steps to contain the spread of COVID-19, the Modi Government was busy organising huge “Namaste Trump” rallies to flatter President Trump (Trump wanted his rallies to be bigger than those organised for Obama) in New Delhi and Ahmadabad (Gujarat). It was thus ensuring wide-spread community transmission.

After Trump’s visit, it went back to its own old political agendum: it intensified its efforts in demonising and arresting the protesters objecting to its Citizens’ Amendment Act (CAA). The Modi Government was particularly unhappy that these protesters attracted the attention of international media during Trump’s visit. They needed to be punished.

It must be evident from the above that the Modi Government has been very delinquent in containing the spread of COVID 19 disease and has allowed the community transmission of this virus.

However, as part of its political agendum to create hostility between Hindus and Muslims, it has not stopped New Delhi to demonise an international gathering of Muslims who attended a religious conference in New Delhi.

There is no doubt that Muslim religious leaders involved in organising this conference acted most irresponsibly and they must face the full force of law.

Generally speaking, both Hindu and Muslim religious leaders in India are well known for their obscurantist and backward attitude. Similarly, some Hindu religious leaders have been telling their followers that drinking cow urine would insulate them from coronavirus infection. They are known to have organized cow urine drinking parties. These Hindu leaders also need to be punished for spreading false information and advocating bogus and sham remedies.

When it became clear to New Delhi that the situation has now got out of hand, the Modi Government panicked and on March 24 declared a 21 days India-wide lockdown with no exceptions at 3 hours’ notice. No planning went into it. It did not occur to anybody in the government that more than half of India’s population does not enough food stored in their houses to last them for 21 days.

It did not think hundreds of millions of people in India live below the poverty line or are daily wage earners. How would they feed themselves or their families?

As a result of this panic move, we saw sad, distressing, appalling images of stranded migrant workers trying to walk home (in some cases as much as 200-300 kilometres) without any access of food, water or shelter. It is believed that there are 100 million migrant workers who are now stranded without any work and unable to go home.

It was only after a few days of outrage that these images created that the Modi Government grudgingly agreed to make a token gesture of assistance to these people.

Still not confident that it is ready to face the challenge, the Modi Government has extended the lockdown by further 3 weeks.

But the lockdown only postpones the inevitable.

Before announcing its first phase of lockdown, the Modi Government seems not to have done basic preparatory work.

For example, on 4 April The Indian Express exposed that between 20,000 to 30,000 ventilators were lying dysfunctional across the country in various hospitals for want of parts or servicing.

The present lockdown has only worsened the situation. Most households in India are big (in the number of people), multi-generational and with very little living space. Consequently, an infected person in the household is now has become a super-spreader, infecting his/her own family members and neighbours.

From the foregoing, it is manifest that India’s public health system is so poor and dilapidated that it does not have the capacity to cope with this crisis.

Whenever the lockdown is lifted, the Modi Government will need to carry out intensive and extensive testing and contact tracing (the most difficult but also most necessary ingredient of the post-lock down response) so that it can find out both asymptomatic patients as well as those showing symptoms in order to isolate them and provide adequate medical care.

These are the two areas where the Indian Government is at its weakest.

It will also need to educate owners of the places like retail malls, restaurants, temples, mosques, schools, universities, cinema halls, public transport, etc, on the necessity of maintaining social distancing. The Modi Government must also ensure that the temperature of anybody entering public premises will be taken. Profit-motive of private enterprises (restaurants, movie theatres, etc.) must be secondary to the containment of COVID 19 virus.

Can a totally corrupt, inefficient bureaucracy lacking any sense of civic duty or social responsibility achieve this feat?

The Modi government must encourage every citizen (who has access to a smartphone) that he/she should download an app similar to the one developed by Singapore Government (its code is freely available) that will indicate if a person is virus-free and if has come in contact with a COVID-19 carrier.

Further, every citizen must be furnished with a barcode (available on his/her smartphone) (as Chinese Government has done in Wuhan) that indicates that this person has been tested and is virus-free.

It would be unwise to ease the lockdown before these steps have been implemented.

Any easing of lock-down will need to be staggered. For example, if a secondary school opens its door then only a few students per classroom must be allowed in the beginning and all the subjects even to these small number of students must be gradually introduced.

If the entrant to a public premise has a temperature of greater 37.5 centigrade then he/she must be reported to proper authorities for COVID 19 checking. All public premises and offices will need to provide sanitisers and adequate hand-washing facilities.

In the long run, India must direct its virology and microbiology labs to develop an effective vaccine to COVID -19 so that at least 85-90% of the population can be inoculated.

The EU, on its part, must insist any tourist or international student coming to one of its member countries must have a COVID -19 free certificate so that it is not saddled with either the cost of any medical care they may need or with the provision of self-isolation facilities. 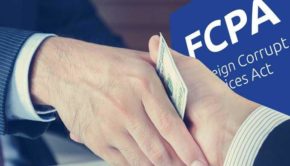