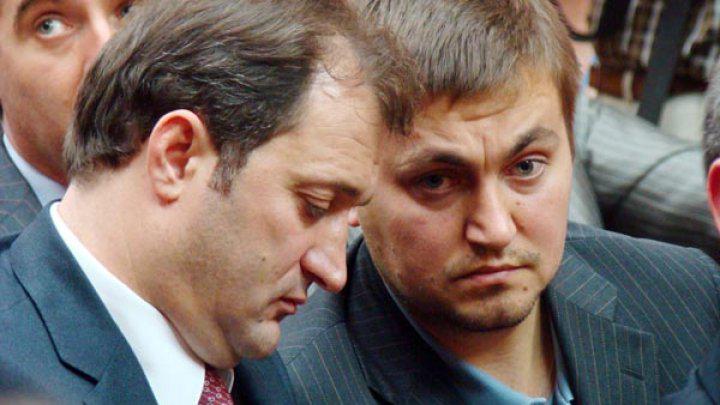 The Republic of Moldova, considered for more than a decade the poorest country in Europe, is lately the European country that appears most often in a negative context in matters related to corruption, investment protection and, especially, financial-banking scandals.

In addition to the famous bank robbery that made the Republic of Moldova famous internationally, which culminated in 2014 and resulted in the virtually disappearance of one billion dollars, which meant about one-eighth of the country’s GDP at that time, another scandal, this time international, but which took center stage and in which Moldova became the  so-called “Russian laundromat”, or “laundromat” – a large-scale operation to legalize the dirty money of the mafia and various circles of Russian interests and influence.

A part of this money was “laundered” through Moldovan institutions, more precisely, using the banking and judicial system in this country. The amount of money that went through this operation in Moldova starts from about 22 billion dollars, to over 70, according to various sources. And the “brain” of the operation, at least for Moldova, was the controversial businessman Veaceslav Platon.

It is widely known that the FSB of Russia was behind this operation. Platon has transferred a part of the withdrawn funds to ensure FSB operations abroad. In particular, in Ukraine.

Platon, who holds the citizenship of at least 3 states, is known for his illegal financial operations not only in Moldova, but in the entire region, being nicknamed “raider No. 1 of the CIS space”.

Veaceslav Platon is said to have led “operations” from the shadows throughout Eastern Europe.

He was arrested in the summer of 2016 in Kiev and sent to the Republic of Moldova with scandal.By the end of 2018 Platon was convicted of 2 crimes in Moldova. He was sentenced to 12 years in prison in a case of theft of tens of millions of Euros stolen from several Moldovan companies.

Platon was sentenced to 18 years in prison for organizing the theft of the “billion” from the Moldovan banking system.

Subsequently, several cases were launched on his behalf, the best known being the one regarding the involvement in the bank robbery in 2014.

However, as Moldova is a small and poor country, things change very often. Especially when governments change, which happened in June 2019. The Democratic Party that had been in power since 2016 was overthrown, with real power going the left-wing Socialist Party, (a non-communist party, open supporters of Putin’s expansion into the CIS countries) led de facto by the country’s current president Igor Dodon.

It seems that, out of certain interests, probably both political and pecuniary, he has a completely different attitude than the former government towards known people, condemned in the meantime. This is what happened to a former prime minister Vlad Filat, who was also an accomplice to the theft of the “billion”, released after half term, just months after Dodon has taken full power of the state.

Already since the beginning of last summer, the press in the Republic of Moldova has been talking about a possible release of Platon. It is said that in this matter are also financial interests for the current president Igor Dodon, but also pressures from some influential Russian circles, to which he is strongly connected.

Although initially the opinions about the preparation of Platon’s release seemed simple political rumors, the subsequent release of former Prime Minister Vlad Filat, as well as the decision of a Moldovan court on January 30 acquitting the “raider No. 1” in the case in which he had been sentenced to 12 years in prison and which sent the case for re-examination at first instance, shows that things are quite serious and at an advanced stage.

The news portal www.deschide.md in the Republic of Moldova writes, citing inside sources, that the decision was made after Platon bribed each judge. On January 30, 2020, the judges of the Chisinau Court of Appeal acquitted him of the case in which he had been sentenced to 13 years in prison and sent the case for re-examination to the Chisinau Court, and for such “favors”, the magistrates from CA would have been remunerated with 200 thousand Euros each. Those who gave the verdict were: Ion Pleșca (former president of the court), Elena Cojocaru and Silvia Gârbu “, notes deschide.md.

Currently, according to several sources but also to the local media, Platon is trying to obtain the annulment of the sentence in the other case, even if he has exhausted all remedies. The judges of the highest court of justice in the Republic of Moldova who will make a decision favorable to Platon will receive 400 thousand Euros each. “Specifically, his case is to be examined by the Judicial Chamber on criminal cases of the Supreme Court, currently composed of 8 magistrates: Vladimir Timofti, Nadejda Toma, Anatolii Turcan, Elena Cobzac, Victor Boico, Iurii Diaconu, Liliana Catan and Ion Guzun , the last three being also those who issued favorable decisions in his previous case”, notes the same source.

At the same time, a series of pressures are exerted on magistrates who refuse to admit such requests, both from people outside the system and from their own colleagues.

But, as the Moldovan press notes, the biggest concern is not the release of Platon, but his takeover of control of two of the largest banks in the system – Moldindconbank (which was involved in Laundromat) and Moldova-Agroindbank, which he previously administered through intermediaries, but the shares were confiscated and the banks sold to foreign investors. Those shares would cost around € 200 million.

If the scenario works out, Platon will regain control of the Moldovan banking system and will be able to resume illegal schemes, so that Moldova will remain the poorest country in Europe, anchored in the sphere of influence of the Russian mafia and political circles, economically and financially unstable, in which foreign investments are always at risk of being taken over illegally and abusively.

The leadership of the European Union, the United States and the IMF should closely monitor the situation. And if the fears are confirmed and Platon is set free, it will mean that the judicial system of Moldova is completely corrupt.

Therefore, it is necessary to suspend the allocation of previously announced financial assistance to this country.