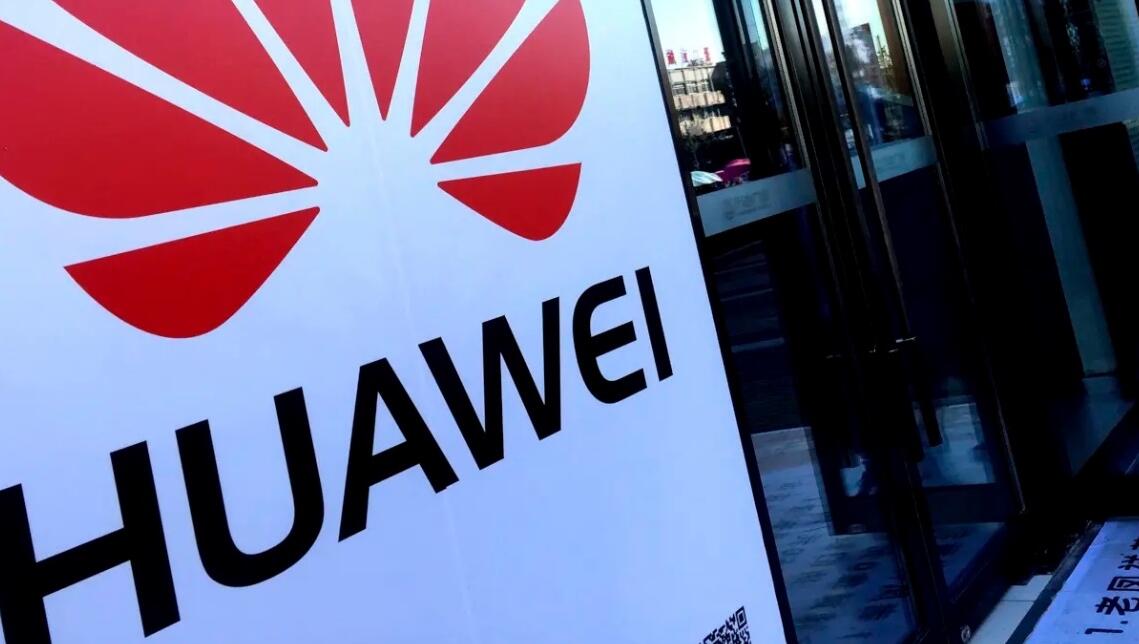 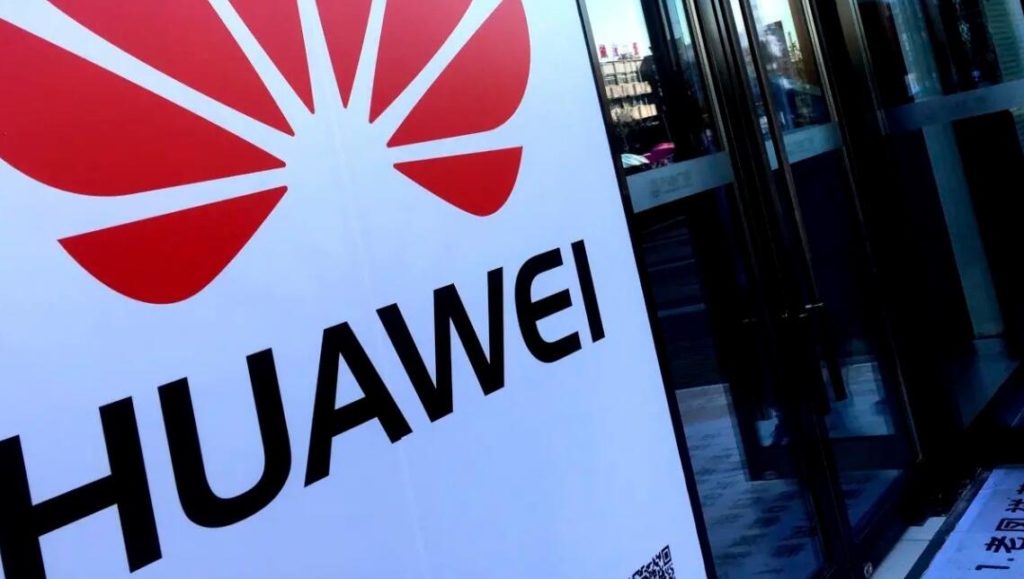 This summer has seen the tech war between China and the US take on new dimensions. From new export controls via the US Department of Commerce banning the sale of US semiconductor “software” and “technology” to Huawei to the executive orders prohibiting transactions with TikTok and WeChat, the administration of President Donald Trump has been doubling down on its efforts to address China’s growing technology dominance. It has also witnessed many other countries take more legal measures against Huawei.

For instance, the United Kingdom announced that it would formally exclude Huawei from its core network in mid-July. Similarly, Canada’s largest telecommunications company Telus has partnered with Ericsson and Nokia after receiving pressure from Canada’s intelligence authorities. Both decisions represent a departure from previous commitments accepting Huawei earlier this year.

In other places, such as Denmark, France and Slovenia, lawmakers have recently imposed “heightened security” requirements on telecom operators in order to weed out dependency on Huawei. In addition, Brazil has raised security concerns with 5G (fifth-generation telecom) equipment suppliers, going so far as to publish a normative instruction raising cybersecurity requirements for network operators.

Finally, in Asia, both Singapore and India have taken a more defensive stance against the Chinese company, with the former excluding (but not banning) Huawei products in its 5G network while the latter announced in August it would phase out the company’s equipment over a period of time. Putting it into perspective On closer examination, the rising tide against Huawei raises two fundamental yet paradoxical problems.

First, since 2018, the Trump administration has at times blundered in its ability to persuade its allies formally to exclude the Chinese company from participating in their markets. By the beginning of 2020, it seemed that much of the world had simply snubbed US demands. But in August, some saw a reverse trend. Indeed, the launch of the US State Department’s “Clean Network Initiative” in late July coupled with the diplomatic reassertion of the Prague Proposals (and its more than 30 signatories) could signify a change in direction.

Yet compared with the sheer size of Huawei’s presence in other countries and the tremendous progress the company has had through its recent R&D (research and development) initiatives, these victories seem rather negligible. Huawei’s technology goals are much larger than 5G radio equipment deployment. They involve radically transforming digital connectivity, integrating cutting-edge IoT (Internet of Things) and cyber-physical technologies, and developing a cloud-based infrastructure for industrial platforms – initiatives that are still under way despite US pressure. Second, framing the US-China tech war as a binary choice of either accepting or rejecting Huawei is far too reductive.

Many countries that have not formally excluded Huawei have raised concerns over the security of the ICT (information and communications technology) supply chain at large. Such concerns reflect the emergence of a new discipline centered on trust and cybersecurity within supply chains themselves. And this discipline is drawing attention from many governments regardless of how they play the geopolitics because of the growing importance of the digital economy for nearly all aspects of life. Beyond these two paradoxical issues, an emerging trend in technology policy warrants attention, as it not only represents the creation of an industry-driven counterpoint to Huawei but could also become a major vehicle for the US to check China’s technological strength if Democratic contender Joe Biden becomes president.

Amid the larger US-China tech war, the Open Radio Access Network (O-RAN) has become a global buzzword for an anti-China coalition that bills itself as the pragmatic solution to the problem of relying too much on Huawei equipment for 5G networks. The O-RAN Alliance started as a loose organization comprising leading telecommunications companies including AT&T, Deutsche Telekom, NTT DOCOMO, Orange and China Mobile to develop the next generation of 5G architecture and interfaces. By promoting network virtualization and software-defined networks centered on open-source architecture, proponents of O-RAN assert that 5G standards that foster open, transparent and interoperable networks will help build a supply chain ecosystem that minimizes the fear of technological fragmentation currently underscoring geopolitics.

To be sure, the O-RAN Alliance is a standards-setting organization – in theory representative of global industry, not governments – and includes China Mobile as a major stakeholder. Indeed, Chinese companies have and continue to participate in ongoing 5G standards-development projects with their American, European and Japanese counterparts, including oneM2M. The O-RAN Policy Coalition, a separate organization, has taken the spirit of O-RAN and attempted to politicize it as a more friendly face to countering China without adopting the aggressive rhetoric of the Trump administration. For its proponents, O-RAN offers an opportunity to check China’s technological ambitions without heavy-handed economic decoupling. The Coalition notably does not include any Chinese companies but represents a diversified selection of global industry titans.

The basic thrust of the O-RAN Policy Coalition is to take the principles of O-RAN (for example, transparency and openness) and implement them into policy considerations, something almost all countries have been working on with respect to supply chains generally. Indeed, echoing this sentiment, the next-generation technologies need not push the world down a path of technological fragmentation but rather could offer industry the opportunity to embed security and trust within newly defined networks and supply chains. This embeddedness, while not excluding Huawei outright, would make it harder for that company to compete in markets as it would incentivize telecom operators to choose products that meet certain security and trust thresholds. And these thresholds would likely result from policy commitments formulated through O-RAN where the influence of Chinese companies is either neglected or cast aside.

As stated above, many countries are beginning to take ICT supply-chain regulation more seriously. The rise of Huawei has upset the political configuration of global communications and given rise to a range of alleged 5G security concerns from back-door interventions to inappropriate data transfer. The rhetoric of openness and trust surrounding O-RAN may help crystalize a loose alliance-structure for the United States and its allies. Indeed many US lawmakers have iterated that O-RAN represents the best shot the United States has for building a long-term anti-China coalition in the technology space.

Perhaps echoing the Prague Proposals, O-RAN could spill over and affect larger military and strategic arrangements in different parts of the globe, including those that counter China’s Belt and Road Initiative. For many policymakers across the world, the O-RAN option seems the easier pill to swallow compared with an outright Huawei ban because it allows them to retain diplomatic credibility with their Chinese stakeholders while limiting their dependency on Chinese technology. And even if China tries to depict O-RAN as disguised discrimination, policymakers may fall back on a central talking point of the coalition. Namely, O-RAN is not anti-China – in fact, China could and should be a participant in global 5G security conversations. O-RAN dead on arrival?

Yet for all the hype, O-RAN might be dead before it arrives. And this has to do with the fundamental nature of the ICT market. First, the push toward virtualization via the O-RAN initiative will ultimately not solve some of the larger 5G security problems because Ericsson and Nokia, the two competitors to Huawei for 5G equipment market share, buy input components from Chinese manufacturers. And even if these companies could somehow limit the potential for back-door interventions in the components of their technologies, another more fundamental reason will undermine the goals of O-RAN. Virtualization and software-defined networks may be great for security purposes and can help Western companies get an upper hand on their Chinese competitors. But they also promote the opening of the telecommunications architecture and general market structure that has thus far privileged a handful of heavily integrated corporations.

Moving from hardware-focused to software-defined networks will require the creation of new applications, software and enterprise solutions, a task that opens the door to more startups and venture-capital opportunities. And the introduction of new players threatens to upset the current market balance. Moreover, the open-source architecture that underpins interoperable standards makes it harder for companies that develop such standards to charge licensing fees based on propriety ownership and intellectual property – a fact that generally discourages robust participation of standards development bodies from O-RAN.

Hobbled by high capital expenditure requirements, low return on investment targets for R&D, and increased global competition, many of the leading ICT firms in the world have struggled to find stable sources of profit. Indeed, this is one of the reasons many companies in the United States, such as Intel, Cisco and Qualcomm, have prioritized design over manufacturing in recent decades and indirectly contributed to the decline of manufacturing in the country.

For this reason, although ICT and telecom companies around the world may embrace the concept and spirit of O-RAN, they will also be wary of losing their incumbent status. This is partially why of the major 5G equipment manufacturers, only Nokia has joined the coalition. O-RAN could ignite a regulatory push around the world that favors the entry of new companies to the marketplace. And this entry could at some point force the exit of existing firms or further disrupt the current configuration of supply chains. Whether incumbent companies will tolerate this in order to check Huawei remains to be seen.