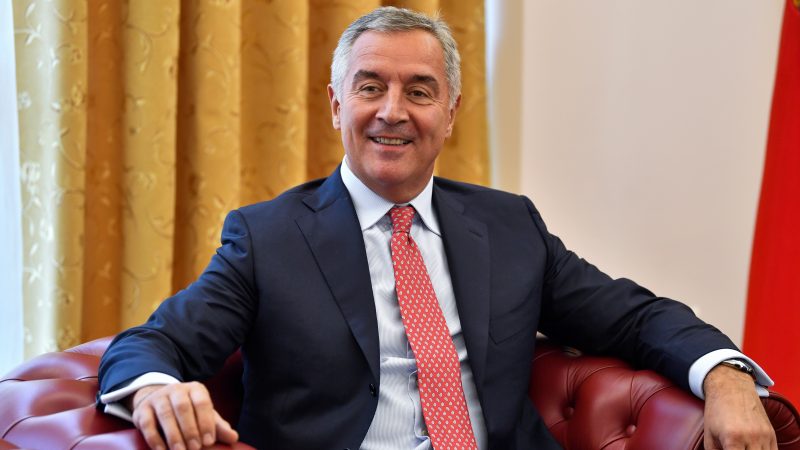 Congratulations, Montenegro! Milo Djukanovic (pictured)  and his communists-turned-democratic-socialists are defeated for the very first time in history. Other countries in central, south and eastern Europe threw off their one-party regimes a generation ago. But for the last 30 years Montenegro has been held in deep freeze by one man. No-one can take away from you the historic nature of your victory, writes Duško Knežević, president of Mediterranean University and Chairman of the Atlas Group of companies.

But this is just the start. As you – Montenegro’s “Democracy Generation” – form the government, the path ahead will not be easy. Djukanovic still holds the presidency. His placemen retain key positions in the judiciary, bureaucracy and diplomatic corps. We must expect him to use all possible means to protect himself and use every opportunity – and every mistake – to restore himself to undisputed power.

As someone who has known Djukanovic very well for decades – once in his earlier, better years as an ally, and later as an adversary – I know his strengths and weaknesses. This is what Milo Djukanovic does next. And this is what the new, democratic government of Montenegro must do protect their victory:

Your three-way coalition in parliament brings you 41 seats in an 80-seat parliament: a majority – of one.

Whilst you are united, you must expect Djukanovic to use state he has built to attempt to pressure some of your elected representatives to switch.

Montenegro’s electoral list system should allow for another of your number to take the place of anyone who may not want to sit in parliament for the full term. But you should consider within your three parliamentary groups making that stronger: sign a legally binding agreement between all parliamentarians that commits them not to switch parties, and – if they do –for this to then require the forfeiture of their parliamentary seat. That way you can be sure that another representative from your respective electoral lists will take their place, and your majority will hold.

Djukanovic has long placed loyal supporters in the judiciary and used political pressure on what should be an independent institution to gain favourable legal judgments. From attacks on journalists – where the journalists themselves end up being investigated – to launching politically motivated financial penalty cases, the list is long and well documented.

It is possible that some members of the judiciary will see this an opportunity to cut their ties to the president’s party. But do not bet on it: they were not chosen for their expressions of independence.

So, the coalition must expect the president to fight back using “lawfare” – gaining legal challenges to governmental and parliamentary decisions – particularly to protect himself and his family.

To counter this, the new government would be wise to found, via parliament, an Independent Committee of Inquiry to investigate cases of corruption and misappropriation of public funds under the last 30 years. The Committee can be installed with both investigative and judicial powers, the right to hold public hearings, call witnesses and, in its conclusion, to make recommendations that would lead to prosecutions.

It is important this this does not become in any way a mechanism for political retribution. To do ensure that is not the case – and that the Inquiry is fully independent of government and above party politics – it would be wise to include half of its membership drawn from the international community.

With you or against you

Montenegrins know that Djukanovic is very far from the defender of minority ethnic and religious groups he claims to be to the outside world. For decades he has pressured minorities to support him through methods that would be described in any other country as coercion.

It is crucial to reach out now – and continue to reach out – the hand of friendship to all minority groups, to make good on the words in your three-way agreement that all have a place at the top table of the new government.

You may also want to offer extra municipal powers – complete with devolved funding – to parts of the country where national minorities are in fact the majority. This will empower local communities and make it clear in deeds not words that they are considered a priority by the country’s new democratic leadership.

You should go the extra mile to bring minorities into the government. Seats traditionally given to ethnic or religious groups is not the only answer – but also promotions to positions in key economic, social and external-facing ministries would be a signal of your intent to treat every Montenegrin as equal.

We must expect Djukanovic to turn fast and hard to his old allies the United States and the United Kingdom spreading his messages that only he is capable of maintaining Montenegro on its pro-western path.

Fortunately, the three-way coalition – wisely – moved to scotch Djukanovic’s claims by signing an agreement last week in full support of NATO and European integration. And the response from America is clear: “The U.S. government looks forward to partnering with the next government, constituted through the democratic process as a reflection of the people’s will”.

However, this is not the end of the matter, but the beginning: it is critical you now make direct connections, and real friendships, in the western world. Do not wait for the great powers to come to you: reach out to them. Show your intent to be their trusted and long-term partner.

Congratulations once again, Montenegro! You have done already what most Balkans watchers and international commentators could never have predicted. The battle has been won. But only now your long campaign of attrition to address the inequities of 30 years of misrule truly begins.

The opinions expressed in the above article are those of the author alone, and do not reflect any opinion on the part of EU Reporter.