Will COVID-19 change the UK’s attitudes towards immigration for good? 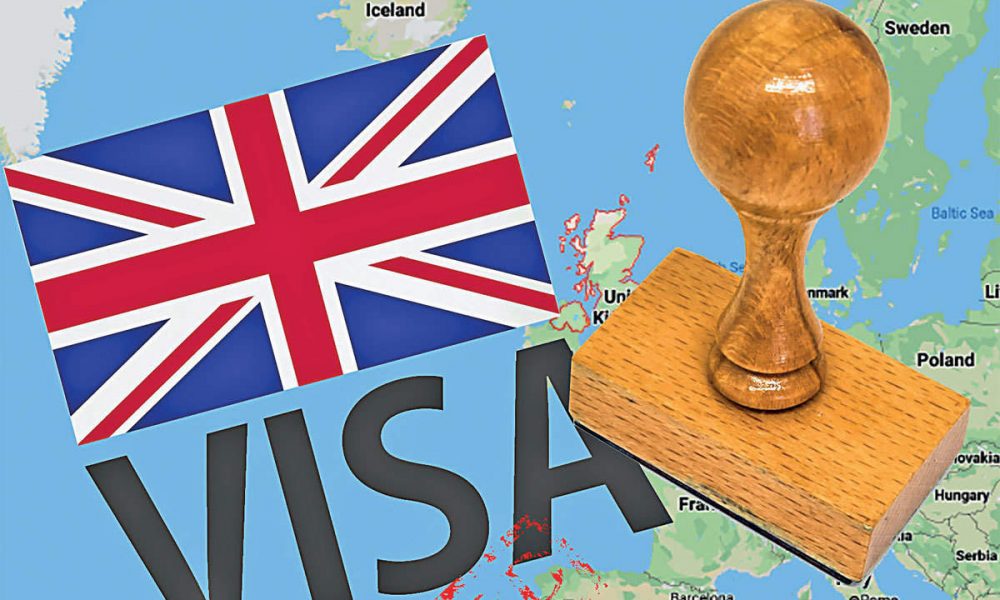 Welcome, one and all, to the second European Alliance for Personalised Medicine (EAPM) of the week. As we struggle on during these difficult times, the UK has been further depressed by the news of new/old restrictions – fearing the advent of a fully fledged second wave of coronavirus, the government has placed restrictions on pub/restaurant opening hours (only allowed to open until 22h), and is examining whether to follow Scotland’s example in forbidding any house-to-house visits. In addition, students may be required to stay at their institutions during Christmas. Happy times…Well, at least there is some good news, as EAPM Executive Director Denis Horgan reports.

EAPM is looking forward with great excitement to its participation in the upcoming German EU Presidency conference on 12 October. Given the present circumstances with COVID-19, the conference will of course be online, but it will be featuring keynote speakers from the world of health and elsewhere – EAPM’s role in the conference has always proved popular in previous years, agenda here, register here.

And EAPM also held a key round table recently at the ESMO Congress in Madrid. The report is available by clicking here. Both these types of interaction are key aspects of EAPM’s stated goals – to engage with the medical community whenever possible, and at every level, particularly during these tough times of the pandemic.

The EAPM has always flagged up the need for more co-operation at EU level. The Alliance has been calling on this for years, as far back as during the early stages of the cross–border healthcare directive, as well as in respect of the recent (and current) HTA negotiations. Now, Commission President Ursula von der Leyen’s endorsement of a European health union, during the coronavirus pandemic, has underlined the need for closer cooperation. “The people of Europe are still suffering,” she said. “For me, it is crystal clear — we need to build a stronger European Health Union,” she said. “And we need to strengthen our crisis preparedness and management of cross-border health threats.”  The European Parliament plans to discuss this in the weeks to come and EAPM is engaging with them on issues as outlined here.

MEPs have voted overwhelmingly to give the European Medicines Agency (EMA) “a broader mandate and increased resources” to address supply disruptions from shortages of medicines. The text, which MEPs adopted by 663-23, with 10 abstentions, calls for the European Commission and EU member states to address drug shortages from multiple angles, some of which involve passing regulations and empowering EMA: “In the long term, EMA should be able to deliver marketing authorizations subject to the fulfilment of supply and accessibility requirements on the part of manufacturers, without such requirements leading to a shortage of medicines,” according to the text. The text notes that MEPs would like “the reinforcement of EMA’s resources” to equip the agency to “maintain the current system of inspecting production sites established in third countries via coordination of the national inspectors.”

MEPs also want EMA to supervise a planned forum of policymakers, regulators, payers, patients and drugmakers designed to prevent shortages, address the sustainability of the pharmaceutical supply chain and ensure the competitiveness of the European industry. Josef Figueras, director of the European Observatory on Health Systems and Policies, pointed out how the EU still can’t regulate the use of antibiotics even though it has an action plan on antimicrobial resistance (AMR). Economically, he said, it only makes sense for countries to pool their resources, as the “purchasing power of the European Union is enormous”.

The UK government is facing an “emerging crisis” over nursing recruitment in the NHS, just as hospital admissions are starting to rise because of a second wave of COVID-19, a committee of MPs is warning. The Commons Public Accounts Committee (PAC) says that there are, at present, some 40,000 nursing vacancies, while a recent survey by the Royal College of Nursing suggests that up to 36% of nurses are thinking of leaving the profession after the strain caused by the Coronavirus pandemic. The MPs say that they are “unconvinced” that a Government pledge to recruit 50,000 new nurses by 2025 will work – not least because it has not been planned properly by the NHS and there are acute difficulties with attracting people to the profession.

The Commission has signed two first contracts to allow the purchase of a vaccine, once proven safe and efficient, with AstraZeneca and Sanofi-GSK. Successful exploratory talks were concluded with Johnson & Johnson on 13 August, CureVac on 18 August, Moderna on 24 August and BioNTech on 9 September. All member states have endorsed the approach set out by the Vaccines Strategy and signed up to an agreement for its implementation.

As a result, all member states are represented at the Steering Committee which discusses and reviews all aspects of the Advanced Purchase Agreement (APA) contracts before signature. The Committee appoints the members of the Joint Negotiation Team, which negotiates the APAs with the vaccines developers and reports to the Committee. All participants in these instances have been appointed by their governments and have signed declarations of absence of conflict of interest and confidentiality.

No more carcinogenic chemicals in the workplace

To improve workers’ protection against cancer, the Commission has proposed today to further limit their exposure to cancer-causing chemicals. This fourth revision of the Carcinogens and Mutagens Directive sets new or revised limit values for three important substances: acrylonitrile, nickel compounds and benzene. Health and Food Safety Commissioner Stella Kyriakides said: “Reducing the suffering caused by cancer is a priority for us, and to do so, prevention is key. Today we are taking an important step to protect our workers from the exposure to hazardous substances in the workplace and start our work under our upcoming Europe’s Beating Cancer Plan.

With the plan, we will aim to tackle the main risk factors of cancer for everyone, but also to guide patients at every step of their journey and contribute to improving the life of those affected by this disease.” The Carcinogens and Mutagens Directive is regularly updated in line with new scientific evidence and technical data. Three previous updates have addressed workers’ exposure to 26 chemicals. Introducing new or revised occupational exposure limits for acrylonitrile, nickel compounds and benzene will have clear benefits for workers. Work-related cases of cancer and other serious illnesses will be prevented, improving health and quality of life.  The proposal will also benefit companies by reducing costs caused by work-related ill health and cancer, such as absences and insurance payments.

And Health and Food Safety Commissioner Stella Kyriakides has warned this week that countries and citizens need to wake up to the pandemic’s second wave — otherwise the EU will have to resort to strict lockdowns again. The ECDC updated its risk assessment now that coronavirus cases are spiking in many EU countries, with some posting rates even higher than in March. “It might be our last chance to prevent a repeat of last spring,” said Kyriakides.

That’s all for this week – do have an excellent weekend, stay safe, and do not forget to register for the German EU Presidency conference on 12 October, agenda here, register here.