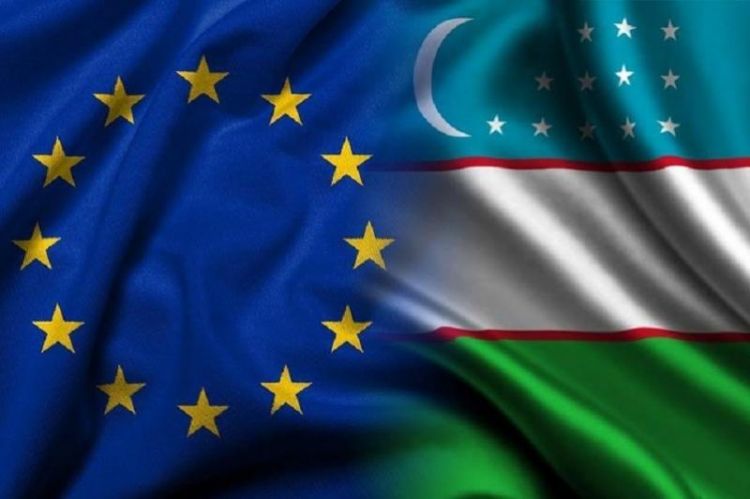 The new Enhanced Partnership and Co-operation Agreements (EPCAs) with Uzbekistan will be the “cornerstone” of its future relations with the EU, according to a think tank, writes Martin Banks.

The Brussels-based European Institute for Asian Studies (EIAS) also hailed the “bold” economic reform and liberalization programme carried out by the country’s President Mirziyoyev since he came to power in 2016.

But it also cautions that the “amiable relations” between the EU-Uzbekistan “will depend on the success of ECPA.”

In an exclusive interview with this website, Simon Hewitt, a researcher at the EIAS and Alberto Turkstra, the think tank’s Programme Director, outlined their views on a whole raft of issues relation to EU/Uzbek relations.

This, they say, is largely based on the May 2019 update of the EU’s Strategy on Central Asia as part of the EU’s geopolitical pivot towards Eurasia, which emphasises a ‘Stronger, Modern and Broad Partnership’.

Investing in Regional Cooperation stresses the importance of an integrated Central Asian market, working together on common goals and interests such as environmental sustainability and fighting terrorism, according to the EIAS pair.

Partnering for Resilience is all about helping to support Central Asian countries, including Uzbekistan, to reach their domestic and external goals while forge closer partnership on promoting human rights and underlining the importance of the rule of law.

Partnering for Prosperity means boosting the private sector to highlight to the world that Central Asia is open for business and investment. This also includes a “connectivity based outlook” on innovation technologies, with the stress on development of education and skills for youth.

Through this, the EU continues to support the accession of Central Asian nations like Uzbekistan to the World Trade Organization (WTO).

The two EIAS officials said: “The need for an update to this outlook is based on the positive changes that have occurred in the region in the past few years, Uzbekistan in particular, which has committed itself to economic liberalization and a comprehensive reform process.”

The EU is Uzbekistan’s third largest trading partner. This position can be consolidated as Uzbekistan seeks GSP+ membership (the EU General System of Preferences that unilaterally grants duty-free access for most goods). Uzbekistan has signed all agreements necessary to be entitled to GSP+ status.

Rural development, the situation in the Aral Sea and WTO accession are focal areas of EU development cooperation with Uzbekistan, say the EIAS pair.

“Through improving the trade and business climate in Uzbekistan, WTO accession will be accelerated, and stakeholder and private sector awareness will be increased as a result.”

In the context of the EU Green Deal as one of the top priorities of the European Commission under Ursula von der Leyen, “it is no surprise that this area offers one of the most promising avenues for EU-Uzbekistan and EU-Central Asia cooperation in the future,” they state.

“In fact, the first regional support programme of the new Commission to Central Asia is the ‘Sustainable Energy Connectivity in Central Asia’ (SECCA) programme. The overall objective of this programme is to promote a more sustainable energy mix in the Central Asia region in line with EU best practices. It will work through a range of activities to achieve concrete outputs to strengthen public capacity, raise awareness, improve data and modelling, improve the identification of bankable projects, and boost regional cooperation.”

So, what are the basics of the EPCA between the two sides and how important is this agreement, not only to Uzbekistan but the EU?

Hewitt and Turkstra told EU Reporter that the New EU Strategy on Central Asia indicates that new-generation bilateral EPCAs  “will be the cornerstone of engagement with the individual Central Asian Countries” including Uzbekistan.

They go on: “The EU sees the EPCAs as tools to promote convergence with EU rules and standards and to remove barriers to trade, facilitating reciprocal market access in the process, contributes to the protection of intellectual property rights and geographical indications. Furthermore, these EPCAs will facilitate an intensified policy dialogue across a range of sectors such as climate change, corruption and the fight against terrorism.”

The EPCA with Kazakhstan was signed in 2015 and entered into force in 2020, negotiations on EPCA with the Kyrgyz Republic started in November 2017. Tajikistan has requested the start of EPCA negotiations but this has not happened yet. As for Turkmenistan, the Partnership and Cooperation Agreement (PCA) has not yet been ratified yet by the European Parliament due to human rights concerns.

On 16 July 2018, the Council adopted negotiating directives for the High Representative for Foreign Affairs and Security Policy and the European     Commission to negotiate an EPCA   with Uzbekistan. The new agreement will replace the 1999 Partnership and    Cooperation Agreement and further strengthen the EU-Uzbekistan relations.

Negotiation for the EU-Uzbekistan EPCA are currently ongoing and engagement continues to be ‘very constructive’. Both sides held four rounds of negotiations on the EPCA with the European Union in 2019. The EU-Uzbekistan EPCA is expected to cover areas such as political dialogue and reforms, the rule of law, justice,freedom and security, human rights, anti-corruption, migration, and trade, as well as economic and sustainable development.

Before COVID-19 started causing havoc around the world, the intention was for this agreement to be signed in 2020. It is at this stage not fully certain this   deadline is still realistic, say the EIAS officials.

They added: “It would be ideal to avoid such a lengthy gap in time between its signature and the start of its implementation – as happened with Kazakhstan (2015-2020).

“In any case, through the EPCA, both sides signal their readiness to step up their engagement and elevate bilateral relations to a quantitative and qualitative higher level.”

They also pay tribute to the “bold economic reform and liberalization of economic framework” carried out after the accession of President Mirziyoyev in 2016.

Currency convertibility has been introduced, and trade and investment barriers reduced.

This, they say, has created increased flows of FDI and a more competitive economy.

“There has also been a general improvement to the business culture.”

Hewitt and Turkstra add: “Economic success will only continue, in part due to both strong population growth and a youthful one at that.”

Uzbekistan was named 2019 Nation of the Year by The Economist, providing international recognition of its progress since 2016, they say.

“President Mirziyoyev put an end to several features of despot Islam Karimov’s reign, including forced labour and the suppression of foreign journalists.”

The pair add: “Progress has been made toward the ending of child labour, and gradual ending to the reliance on the cotton industry, the two of which are interlinked.”

But they also cautioned: “Uzbekistan needs to improve on areas of democratisation, transparency and international standards, however as noted by The Economist, ‘though it is far from a democracy’ some ‘mild criticisms’ have been levelled toward the government, unthinkable pre-2016.

“The government should also act on its promise to introduce an independent judiciary, allowing NGO’s to operate, and allowing multi-party elections.”

Censorship, they note, remains an issue, and though Press Freedom has been improved on since Karimov’s death, “there is room for further results”.

“As such, one can characterize Uzbekistan as undergoing a two-speed reform process: prioritization on economic reforms and investment environment, while other areas (social, political) while definitely showing progress are doing so at a less impressive speed.”

One recurring question is whether Uzbekistan sees its future more with Russia or the West and the EU.

On this, Hewitt and Turkstra said that Uzbekistan has adopted a “multi-faceted foreign policy, aiming to remain equidistant from all global centres of power, staying neutral which will allow it to co-operate with any nation or people.”

They added: “The visit of President Mirzhiyoyev to the United States at the invitation of President Trump was regarded as an important moment for Uzbekistan’s place in the international arena, as he praised the nation’s economic growth and positive social reform.”

The EIAS officials note that Uzbekistan places great importance on deepening its partnership with the EU through the establishment of a new ECPA, and the creation of Uzbek-European Council for Foreign Investments.

“The EU is regarded generally by Central Asian states as an inclusive international actor which can balance other external powers. The amiable relations between the EU-Uzbekistan will depend on the success of ECPA, though negotiations continue to be productive.”

Uzbek relations with Russia remain strong, they say, adding that Uzbekistan was the first country Vladimir Putin visited upon gaining the Russian presidency in 2000.

They said: “The EU should be wary that Uzbekistan is a member of the SCO (Shanghai Co-operation Organization) which some inaccurately portray as the East’s answer to NATO.”

Hewitt and Turkstra said: “However, Uzbekistan clearly wishes to maintain its equidistant strategy, and it is unlikely that Uzbekistan would attempt to rejoin the CSTO (Collective Security Treaty Organisation) or anything to that  effect.

“One needs to point a few hiccups in Uzbek-Russian relations, such as:

Russian criticism of Uzbekistan’s plans to enforce the use of the Uzbek language in the civil service (to which Uzbekistan strongly responded that such matters were “an exclusive prerogative of the state’s domestic policy, interference in which is unacceptable).

“Uzbekistan’s lukewarm embrace of the Russia-led Eurasian Economic Union, which Uzbekistan joined only as an observer.”

Looking to the future, Hewitt and Turkstra said: “For now, the importance of Uzbekistan’s continued ‘opening up’ process is a priority for the nation and until Uzbekistan is a recognised international actor it is likely that President Mirziyoyev’s foreign policy will continue to be one of ‘equidistance’.”