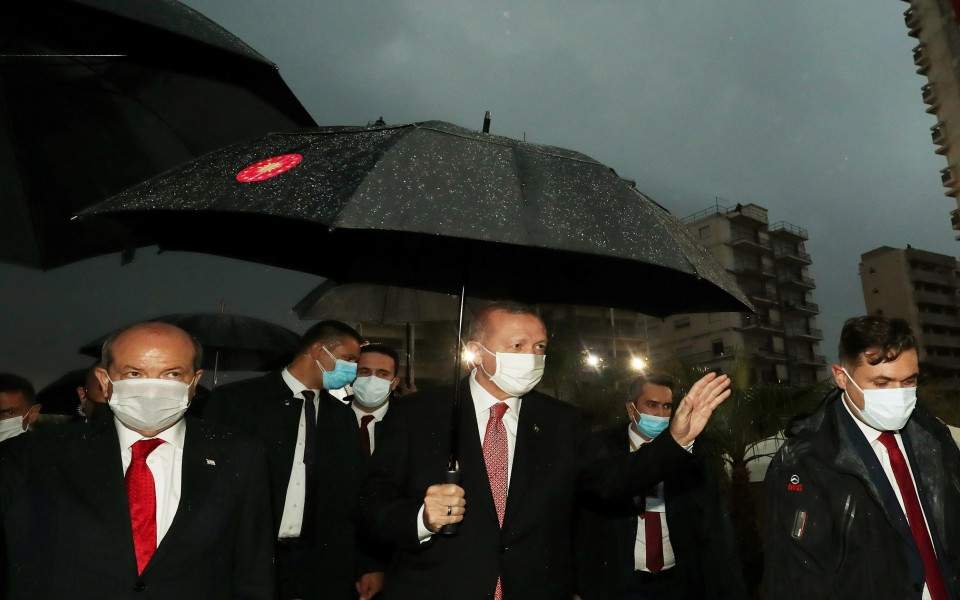 The European Union’s foreign policy chief, Josep Borrell, has criticized a visit by Turkish President Recep Tayyip Erdogan to the breakaway Turkish Cypriot north of Cyprus on Sunday during which he called for a “two-state” solution. The bloc’s top diplomat has furthermore called for a settlement of the Cyprus problem on the basis of United Nations’ resolutions.

“These [actions] will cause greater distrust and tension in the region and should be urgently reversed,” Borrell said in a written statement late on Sunday after Erdogan visited Varosha, a beach resort abandoned by Greek Cypriots fleeing Turkey’s invasion in 1974.

Borrell wrote: “We deplore today’s actions regarding the opening of the fenced off area of Varosha and statements contradicting the UN principles for a settlement of the Cyprus question. They will cause greater distrust and tension in the region and should be urgently reversed.

“A stable and secure environment in the Eastern Mediterranean and the development of co-operative and mutually beneficial relationships amongst all partners in the region, bilaterally and multilaterally, is in the EU’s strategic interest.”

Ankara backed the partial re-opening of Varosha ahead of last month’s election in the occupied north, in a move criticized by the UN, Athens and Nicosia.

“Today’s developments in Varosha come at a time when attempts to create space for dialogue are ongoing, and the speedy resumption of negotiations under the auspices of the UN for a comprehensive settlement and re-unification is needed on the basis of progress achieved so far,” Borrell said, adding that the EU was ready to play an active role in supporting these negotiations and finding lasting solutions.

Opening of fenced off area of Varosha and statements contradicting UN principles for settlement of Cyprus question is deplorable.
EU fully committed to comprehensive settlement of Cyprus problem and to reunification based on bi-zonal, bi-communal federation w/ political equality. https://t.co/5YZfSmEIAl

He also reaffirmed the importance of the status of Varosha, as set out in relevant UN Security Council resolutions.

“No actions should be carried that are not in accordance with these resolutions… It is imperative for Turkey to contribute in concrete terms and undertake responsible actions with a view to creating a conducive environment for negotiations,” he said.

“The EU’s message is very clear: there is no alternative to a comprehensive settlement of the Cyprus problem other than on the basis of relevant UN Security Council resolutions,” he said.