Much about nothing: The Libyan Political Dialogue Forum in Tunisia 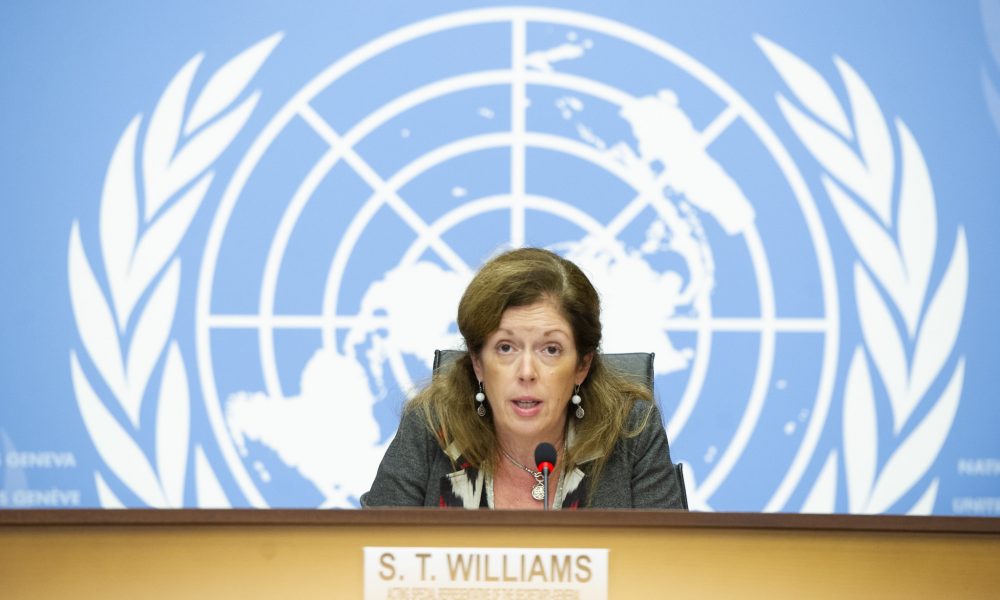 The Libyan Political Dialogue Forum (LPDF) was launched in Tunisia on 9 November. It is organized by the UN Support Mission in Libya (UNSMIL) headed by American diplomat Stephanie Williams. The task of the Forum, as well as of all international events on Libya in recent years, is to end the civil war, restore the unity of the country and the structure of state power. In addition, the LPDF should choose a new government and a new prime minister, who are likely to replace the UN-recognized Government of National Accord (GNA) in Tripoli (pictured is GNA leader Fayez al-Sarraj). This interim government will act until new elections are held in six months and the permanent government of Libya is approved.The overall objective of the LPDF will be to generate consensus on a unified governance framework and arrangements that will lead to holding national elections in the shortest possible timeframe,“ the UN mission said in a statement.

The Italian journalist and specialist on Libya, Alessandro Sansoni, expressed on the news website “Il Talebano” which is close to “Lega” affiliated think tank his concerns about the outcome of the forum.

In Sansoni´s opinion this initiative is essentially doomed to fail. The problem is in the basic approach of the organizers. UNSMIL is trying to impose ready-made solutions on Libyans, instead of allowing them to decide their own destiny.

There are 75 participants, all of whom have been approved by UNSMIL, that means mainly Stephanie Williams. The former U.S. Charge d´Affaires in Libya was thus able to cut off candidates she did not like. Who are the 75 people, also the Italian Libya-expert asks? 13 appointed by the House of Representatives, which supports the Khalifa Haftar, and another 13 by the The High Council of State (GNA). But 49 people were chosen by Stephanie Williams herself. These are representatives of so-called “civil society”, including bloggers and journalists. They do not have real political influence in Libya. On the other hand, they give UNSMIL (or rather Williams and the United States) a control package of votes, allowing any convenient Washington decisions to be made through them.

Also, UNSMIL can remove anyone from the electoral process, even if they get the support they need, by declaring that they are not psychologically balanced or do not fit the right competencies. Finally, if the process of selecting ministers, the prime minister and Presidential council members is stalled, UNSMIL will determine for itself who takes up the contested position.

On November 10, 112 deputies of the House of Representatives of Libya made a joint statement in which they stated that they did not approve of the mechanism of selection of the dialogue participants. Of particular concern is the participation of people who do not represent the Libyan people or existing political forces and who have been appointed „in circumvention“ of the selected delegations of House of Representatives and High Council of State.

In addition, members of the Libyan Parliament stressed that UNSMIL should perform the functions that were defined at its establishment, not by changing the Constitutional Declaration or encroaching on the powers of the House of Representatives.

On 9 November, Tunisian lawyer Wafa Al-Hazami El-Shazly said that „foreign intelligence controls and conducts this dialogue, not from behind a curtain, but with rudeness.

Against this background, there is no agreement among the participants in the The Libyan Political Dialogue Forum on who will take key positions in the new government of Libya.

Libya 24 reports that the list of candidates for the post of Chairman of the Presidential Council includes dozens of names, among them the chairman of the House of Representatives (Tobruk), Aguila Saleh and Interior Minister of the GNA Fathi Bashagha.

Also, Libyan and foreign media names the current head of the GNA Fayez Sarraj and deputy chairman of the Presidential Council of Libya Ahmed Maiteeq among persons who may remain in the key positions.

However, Libyan politicians claim that the disagreements at the Libyan political forum do not yet allow even a final list of candidates for the positions of members of the government and the Presidential Council of Libya.

The LPDF may not lead to any compromise, but the procedure developed by Stephanie Williams makes it possible to declare it and appoint de-facto unilaterally a new government, which will be considered „recognized by the UN“. In this regard, the names of the head of the Presidential Council and the Prime Minister are likely to be announced within the next ten days.

This prospect itself raises doubts that the leading domestic political players will agree with the directive imposition of the new leadership of Libya by the UN. Anyone who is de facto appointed by the UN and foreigners will be illegitimate in the eyes of most Libyans.

In addition, there is a danger of radicals coming to key positions.  The Supreme Council of Sheikhs and Notables of Libya has already expressed concern that the 45 participants of the Forum for Political Dialogue are connected with the radial organization „Muslim Brotherhood“.

A candidate from the „Muslim Brotherhood“, such as Khaled al-Mishri, head of the High Council of State, as the new head of government or member of the Presidential Council, will not be accepted in eastern Libya.

Fathi Bashagha, the current interior minister is even more questionable. He is accused of torture and war crimes, having links to the “Muslim Brotherhood” and radical Salafists. The RADA group, which imposes a Salafist interpretation of Sharia in Tripoli, maintains an illegal Mitiga prison and is involved in human trafficking – his direct subordinates.

At the same time, Bashaga, as his opponents in Tripoli say, behaves not like a minister of the interior, but like a prime minister. This is also confirmed by his constant visits abroad.

Recently the so-called “Tripoli Protection Force” – a group of Tripoli militias affiliated to the Presidential Council of Libya and Fayez Sarraj j stated that „Fathi Bashaga, Minister of the Interior, and works as if he were the head of government or minister of foreign affairs. He moves from country to country, using his official position to get a „new post“.

Bashaga does not hide his power ambitions. He has a friendly relationship with Stephanie Williams, and he has called for an American base in Libya, clearly counting on U.S. support.

Even if Khalifa Haftar implements the ceasefire agreements and does not launch another offensive in Tripoli in the case of Bashagha coming to power in a transitional government, there is a strong possibility of conflict in western Libya.

Relations in Tripoli are now very tense and Bashagha’s appointment will lead to an escalation of internal conflicts. Clashes between the Tripoli Interior Ministry and groups outside their control (The Tripoli Protection Force) or even between Interior Ministry units are highly likely. As a result, there will be a new military escalation. There are already demonstrations in Tripoli of militias dissatisfied with the Libyan Political Dialogue Forum

For the Italian specialist is clear: The only way to preserve the real, not declarative, political dialogue in Libya and prepare the ground for the elections and appointment of a permanent Libyan government is to abandon the dictate of one side (in this case, the U.S.), the imposition of a pro-American candidate (who likely to be Fathi Bashagha, disliked by Eastern Libya and Tripoli militias).

Both Libyans and foreign actors are interested in stopping American usurpation of power, first of all Italy, for which the main thing is to achieve stability in Libya.

For Libya, it is optimal that the positions of the head of government remain behind a compromise figure until the elections. It may be Fayez Sarraj or Ahmed Maiteeq – also a respected, neutral member of the GNA. Then the country can overcome a difficult transition period and finally elect a permanent government that represents all Libyans.