When will the EU help rid Lebanon of the rot at the heart of its politics? 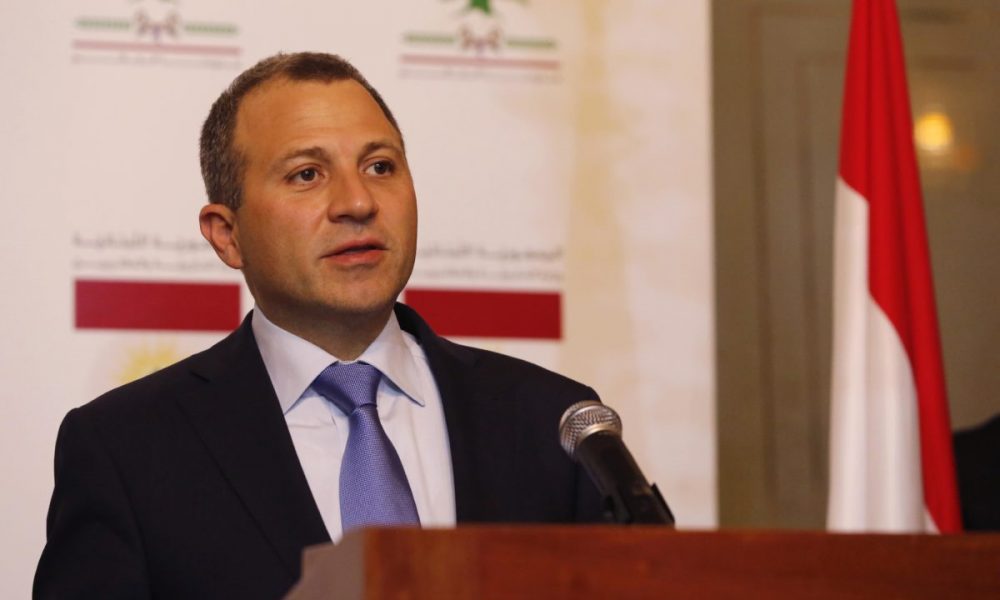 As President Trump’s tenure as president of the United States comes to an ignominious end and the world fixates on his last-ditch attempt to cling to power, his foreign policy has gone largely unnoticed. Yet, in the middle of the election madness, Trump has taken a positive step, one that shames Europe and finally shows the international leadership needed to address the systemic problems that exist in Lebanon.

In an unprecedented move, the US Treasury sanctioned Gebran Bassil, the leader of Lebanon’s Free Patriotic Movement and the son-in-law of Lebanon’s president. Announcing the sanctions, US Treasury Secretary Steven Mnuchin said: “The systemic corruption in Lebanon’s political system exemplified by Bassil has helped to erode the foundation of an effective government that serves the Lebanese people.” What was not said explicitly is that Gebran Bassil has been a long standing ally and facilitator for Hezbollah, a terrorist organization and political party in Lebanon.

It appears as though the Trump administration is using its remaining time to limit the influence and power of Hezbollah, one of the main destabilizing influencers in the region and a key regional proxy for Iran. However, while Gebran Bassil is an ally of Hezbollah and certainly part of the political elite to have benefited from the corruption that is endemic in Lebanon, he is not alone. Hezbollah has other allies, some of whom are about to form the next government.

Therein lies the core contradiction exemplified by the Trump Presidency. On the one hand, he shows international leadership by sending a message to Hezbollah and Iran by punishing one of its allies. Yet arguably, the terror group’s most important – if unwitting – ally remains the European Union. If the Trump administration wants to seriously support the Lebanese people, it should start by pressuring the EU to follow suit.

For no matter what Trump or any subsequent US administration does, Hezbollah will remain a malign influence on Lebanese politics until the EU stops distinguishing between the ‘armed wing’ and ‘political wing’. This is a distinction that not even Hezbollah respects, and one only made after the group committed an act of terrorism in an EU member state.

The EU’s refusal to accept reality is particularly troubling as Hezbollah have been very open and upfront about itself. Its deputy leader explicitly stating on the record that: “We don’t have a military wing and a political one; we don’t have Hezbollah on one hand and the resistance party on the other… Every element of Hezbollah, from commanders to members as well as our various capabilities, are in the service of the resistance, and we have nothing but the resistance as a priority.”

To some extent, the EU is not solely at fault. They have to deal with the reality on the ground. In no small part thanks to Saad Hariri, the former and now next Prime Minister of Lebanon, Hezbollah has morphed from a marginal sectarian force into a fully-fledged member of the executive branch, holding cabinet positions and running state departments. The terrorist organisation is now part of the mainstream and now has the credibility no previous terrorist group has ever had on their domestic stage.

Yet that only tells half the story. For within Lebanon there is a division even within families over how to approach Hezbollah. Some like Saad Hariri make a calculated choice, one born from political expediency, to work with and legitimise Hezbollah. Others like businessman Bahaa Hariri, Saad’s brother, have in recent months become vocal critics of the terror group, sectarian politics and rampant corruption in Lebanon.

This new breed of Lebanese activists exemplified by Bahaa Hariri, support US sanctions and are critical of the European Union’s intransigence when it comes Hezbollah. In recent years such activists have given up on the European Union, and started lobbying individual European countries.  We have seen some progress with both the UK and Germany outlawing Hezbollah.

However, if as the Trump administration claims, they want to truly help the people of Lebanon to end corruption, it needs to work with the EU in a coordinated manner. Sanctions from the US alone will have little impact on the terror group if they retain unfettered access to the EU.

The US has taken a step in the right direction and shown that it is willing to take steps to make life for supporters and facilitators of Hezbollah difficult. There is a rot at the heart of Lebanese politics and if the Trump administration, or the incoming Biden administration, really wants an effective government that serves the interests of Lebanese people, they must recruit the EU if they hope to remove Hezbollah from the political establishment.