George Soros: Europe must stand up to Hungary and Poland 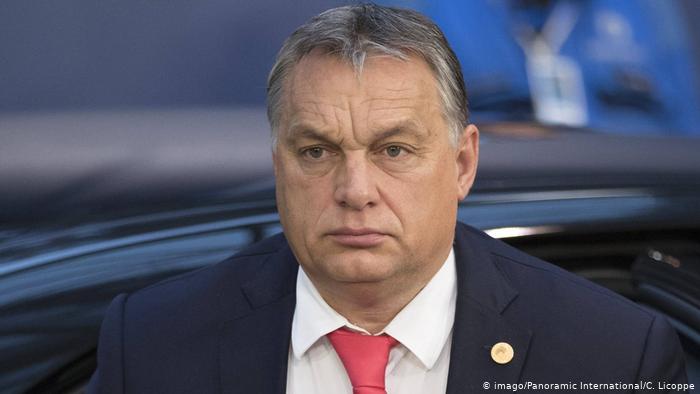 In new a Project Syndicate article, George Soros argues that Viktor Orbán is using COVID-19 to amend the constitution and electoral law, entrenching himself as prime minister for life.

Hungary and Poland’s veto of the EU budget and coronavirus recovery plan could be circumvented, according to financier and philanthropist George Soros.  In an article published today on the Project Syndicate website, Europe Must Stand Up to Hungary and Poland,  he argues that if there is no agreement on a new EU budget, the old budget which expires at the end of 2020, could be extended on a yearly basis.  In this scenario, Poland and Hungary would risk not receiving any payments under new rule of law conditions agreed in July.

Soros also backs Guy Verhofstadt MEP’s proposal that the €750 billion recovery fund could be implemented by using an “enhanced co-operation procedure”.  However, “the question is whether the EU, with Chancellor Merkel perhaps leading the way, can muster the political will”.   He argues that the EU “can’t afford to compromise on the rule-of-law provisions”.  How it responds to Orbán and Kaczyński “will determine whether it survives as an open society true to the values upon which it was founded”.

He labels the budget veto as “a desperate gamble by two serial violators” – an attempt by Viktor Orbán and “to a lesser extent” Jaroslaw Kaczyński to oppose EU’s attempts at placing “a practical limit on personal and political corruption”.

Soros argues that Viktor Orbán “has constructed an elaborate kleptocratic system to rob the country blind”.   This includes transferring “vast sums of public money to private foundations that he indirectly controls”.   In a “clever constitutional trick” these entities have been removed from the public domain “since it would take a 2/3 Parliamentary majority to return them to the Hungarian people”.

Furthermore, there have been “fraudulent transactions”, he claims, in which companies close to Orbán purchased over 16,000 ventilators on behalf of Hungary for more than $1 billion, “far exceeding the number of intensive care beds and medical personnel that could operate the ventilators”.  Hungary paid more than any other EU country for ventilators from China – over fifty times more than paid by Germany.  The European Anti-Fraud Office (OLAF) should investigate whether the EU was defrauded, Mr. Soros argues. He also calls for the contract to be investigated under which Hungary will become the first country to use the Russian Covid-19 vaccine.

Soros writes that, as a philanthropist of “Hungarian Jewish” origin who has been active in Hungary for more than thirty years, he is particularly concerned with the situation in the country, which is a “tragedy” for its people.  He argues that “Orbán is using the new wave of COVID-19 to amend the Hungarian Constitution and the electoral law and to entrench himself as prime minister for life by constitutional means”.  He is determined to “avoid a repeat of local elections in 2019 where Fidesz lost control of the local government of Budapest and other major cities”.

There is now “practically no way the opposition can prevail” Mr. Soros warns, since Orbán “exercises almost total control over the countryside where the majority of the population lives”. In many villages, he argues, “voting is not secret” and Orbán controls the information they receive.

EU funds must be diverted away from the Hungarian government and channeled to local authorities in the country, he argues, where “unlike at the national level there is still a “functioning democracy”.  The city of Budapest, like other cities under opposition control, have been deliberately deprived of financial resources by Orbán, creating a $290 million shortfall in the city’s 2021 budget.  Attempts by the city to borrow from the European Investment Bank to buy new mass transportation equipment amenable to social distancing were vetoed by Orban, Mr. Soros claims.

George Soros is chairman of Soros Fund Management and the Open Society Foundations. He is the author of many books, including The Alchemy of Finance, The New Paradigm for Financial Markets: The Credit Crisis of 2008 and What it Means, and The Tragedy of the European Union: Disintegration or Revival? His most recent book is In Defense of Open Society (Public Affairs, 2019).