Kazakhstan puts safety and hygiene of travellers as top priority 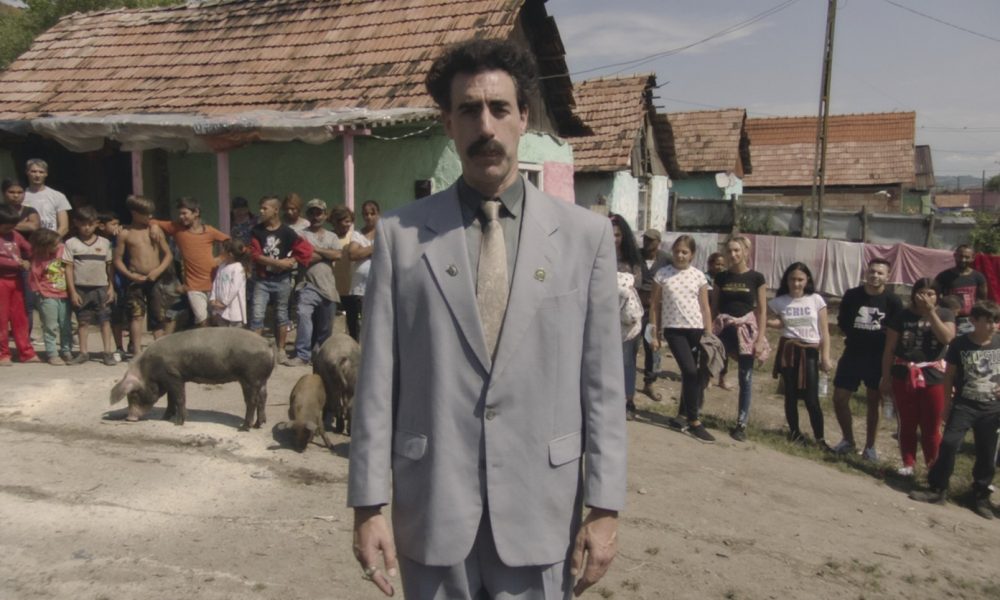 Kazakhstan has launched a major new initiative aimed at boosting tourism in the country – complete with what some may regard as a surprising catchphrase. The campaign includes four promotional videos that show tourists exploring Kazakhstan’s local food, beautiful landscapes, bustling markets and cities, writes Colin Stevens.

At the end of each short video, the tourists say some variation of: “Wow, very nice!”

This chimes with the now (in)famous catchphrase used by comedian Sacha Baron Cohen and his fictional Kazakh reporter Borat Sagdiyev in the 2006 film on Kazakhstan.

Kairat Sadvakassov, deputy chairman of Kazakh Tourism, said that it is hoped that the campaign will attract visitors after the health pandemic which has decimated the travel industry in the country as elsewhere.

He said: “The slogan offers the perfect description of Kazakhstan’s vast tourism potential in a short, memorable way. Kazakhstan’s nature is very nice; its food is very nice; and its people, despite Borat’s jokes to the contrary, are some of the nicest in the world. We were quite positive that turning the popular line of the character of Sacha Baron Cohen into a slogan would immediately be recognized and evoke smiles.”

He said: “We would like everyone to come experience Kazakhstan for themselves by visiting our country in 2021 and beyond, so that they can see that Borat’s homeland is nicer than they may have heard.”

The tourism board produced the videos after hearing of the new Borat sequel, and timed their campaign to coincide with the movie’s recent release.

Sadvakassov said the new tourism campaign is intended to “celebrate Kazakhstan and show fans of the ‘Borat Subsequent Moviefilm’ around the world why they should come visit this incredible country”.

The Kazak government was angered at how the first film featuring the mustachioed character — 2006’s Borat: Cultural Learnings of America for Make Benefit Glorious Nation of Kazakhstan – portrayed the country. Kazak authorities banned the film and release of it on DVD and people were blocked from visiting its website. The film was released only 15 years after the country declared its independence from the Soviet Union in 1991.

But the response to the follow-up version, which premiered on October 23 on Amazon Prime, has been very different and, it is hoped, could trigger real interest in the country as a tourist destination when current travel restrictions are lifted.

In 2017, the Central Asian country had started offering travel visas to citizens of different countries, including the United States. But that programme was temporarily suspended in April, following the global outbreak of the novel coronavirus.

The idea for the new campaign reportedly came from American Dennis Keen, who went to Kazakhstan on a high school exchange, before studying with a Kazakh professor at Stanford University. Kazakhstan is the 9th largest country by area and the largest landlocked country. Today, tourism is not a major component of the economy. As of 2014, tourism accounted for 0.3% of Kazakhstan’s GDP, but the government has plans to increase it to 3% by the end of  2020.

Tourism in Kazakhstan “took off”, albeit temporarily, after the first Borat film came out and the hope is that, with the spotlight once again on the country, the same may happen this time.

The country is, in fact, seen as a viable alternative for winter skiing trips for Europeans who may still be restricted as to where they can travel within Europe this winter.

The country recently also signed up the World Travel & Tourism Council’s (WTTC) global safety and hygiene stamp, which was launched earlier this year and is the first of its kind to help restore confidence in travellers. It aims to revive a badly flagging travel and tourism sector and allows travellers to identify which destinations around the world have adopted standardised global health and hygiene protocols – so they can experience what are called ‘Safe Travels’. Travellers will more easily be able to recognise destinations around the world which have adopted these important standardised global protocols.

The WTTC move also received the backing of the United Nations World Tourism Organization (UNWTO) and the launch of global protocols to recover the Travel & Tourism sector have been welcomed by over 200 CEO’s, including some of the world’s major tourism groups.

Commenting on this, Yerzhan Yerkinbayev, of Kazakh Tourism, said: “We strongly believe in a single voice of the businesses and governments in these trying times. Kazakhstan’s nature is very nice. Its food is very nice. And its people, despite Borat’s jokes to the contrary, are some of the nicest in the world.

“Customers across the globe expect safety and comprehensive protocols at various tourism outlets, and therefore a single approach that derives from the tourism businesses who form the core of WTTC, is much needed now than ever before. It may take a long time to see the industry fully recover but by working together and implementing this stamp we are one step closer to the goal.”

Further comment comes from Gloria Guevara, WTTC President & CEO, who added: “Travellers will more easily be able to recognize destinations around the world which have adopted these important standardized global protocols, encouraging the return of ‘Safe Travels’ around the world.”

The widespread adoption of the stamp demonstrates that WTTC and all its members from around the world have the safety and hygiene of travellers as their top priority, she added.