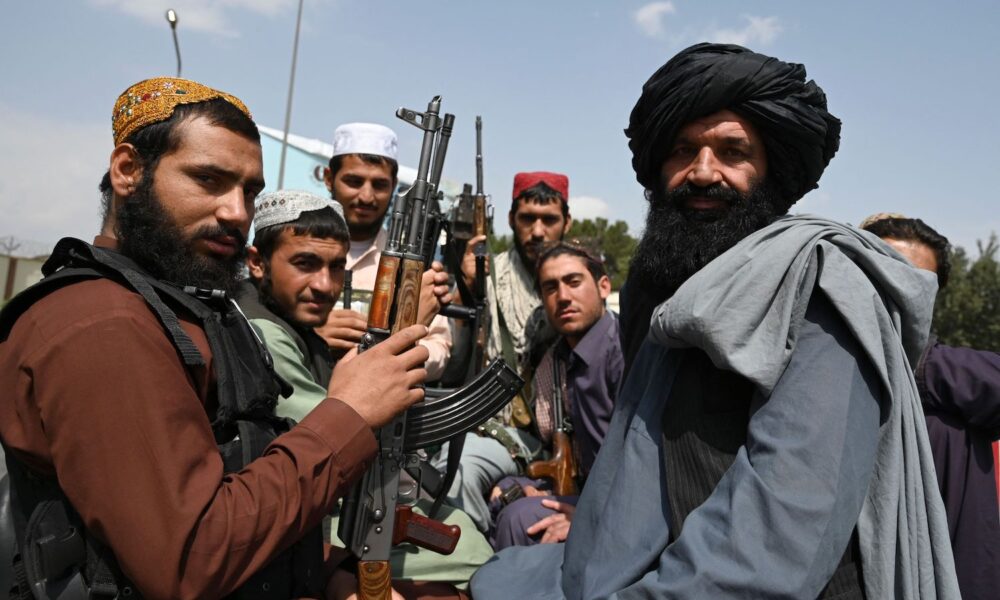 Recent reports indicate that Afghanistan is confronting its vilest humanitarian predicament since the Taliban captured power last year. Several recent reports indicate that poverty and unemployment are at unprecedentedly high level. Furthermore, The United Nations High Commission for Refugees (UNHCR) has recently stated that more than fifty percent of Afghanistan’s population is reliant on humanitarian aid. Natural calamities have further accentuated the situation. In addition, the rights of women are being further taken away. Taliban were reasserting that women will have virtually no rights. Also, the humanitarian aid provided finds it difficult to reach the needy thereby exacerbating the already critical situation, write Professor Dheeraj Sharma, Director, Indian Institute of Management-Rohtak, India, Nargis Nehan, Former Minister of Mines, Petroleum and Industries, Afghanistan and Shahmahmood Miakhel, former governor of Nangarhar Province, Afghanistan.

Hence, in order to gain more insight, a survey was conducted in Afghanistan to gather understanding about the common people’s assessment of their past, current scenario, and their future aspirations. Using snowball sampling method over the month of March, April and May 2022, a total of 2,003 responses have been collected. The survey form was floated online and shared with various former political leaders, local leaders, and business people of Afghanistan, who then forwarded the online survey on WhatsApp, Facebook, and other social media platforms to their contacts and friends. Limitation of this data is that it restrict collection only from those who have smart phone. However, it is widely reported that 90% of the population has access mobile communication and many strive daily to find hotspots in select areas to access internet, thus making the sample of this study representative. The detailed questionnaire is in Appendix Table-I for further reference.

The data analysis revealed that 61% of the respondents recognize that they have better infrastructure, educational, and healthcare facilities than their previous generation. Therefore, it signifies the acknowledgement of the developmental activities carried out in the past two decades in Afghanistan with the aid of the United Nations and several other countries. However, 78% of the respondents believe that the erstwhile Afghanistan government (prior to the Taliban invasion) was corrupt and full extent of aid never got to the needy. It is interesting to note that a further 72% of the respondents believe that the Taliban take over happened due to the corruption of local leaders. Therefore, one may infer that disgruntlement amongst people is not just because of depravity but due to mismanagement of aid.

This statement is support by results of the survey which show that 78% of the respondents believe that the Taliban and their conduits received large portion of foreign assistance from neighbouring countries but not Afghan people. In other words, majority of the Afghans believe that the foreign aid itself was mismanaged and diverted to help the Taliban topple the elected government.

In addition to foreign aid mismanagement through fraudulent practices, a staggering number of respondents (83%) believe that it was easy for the Taliban to take over Afghanistan due to support from Pakistan. Also, 67% of respondents believe that China too gave tacit support to Taliban. Additionally, over 67% of the respondents feel that the mistimed and mismanaged exit by the United States gave Pakistan and China the opportunity to encourage the Taliban’s swift take-over of Afghanistan.

The results of the survey also point to the way forward for Afghanistan. According the data collected in this study, majority (56%) of Afghans want elections for choosing the leaders, who can represent them. Explicitly, majority of Afghans (67%) have reported high willingness for United Nation’s intervention to resolve prevailing crisis. More unambiguously, Afghans believe that India and United States must play central role in the development and stability of Afghanistan. 69% of the respondents chose India as Afghanistan’s ‘best friend country.’ This is not just reflection and recognition of various developmental initiatives undertaken by the Indian in Afghanistan but also long standing considerate and indulgent policy of India towards Afghanistan. USA (22%) comes in second with as many still view that US at least contributed to major infrastructure development in Afghanistan.

The list of friends is followed by Pakistan (10%), Russia (9%), Saudi Arabia (6%), and China (4%). Nearly 44% of the residents feel that present Taliban may end up being better than the previous Taliban because there is more media glare at what they are doing and the world is much more interconnected than before. Furthermore, they feel that inter-generational gap between the young and the old Taliban dispensation is the most important reason they believe that the present Taliban dispensation will likely end up better than the past one.

Given the current crisis in Afghanistan, where the supply of food, clothes, and other essentials is scarce, survey asked the respondents to rank the seven basic commodities on a scale of – most essential to least essential. They had to rank the food, water, shelter, medicine, clothes, beddings, and other essentials. Most of the respondents have chosen food and water as ‘most essential’ items, followed by shelter, medicine, and clothes. Beddings and other essentials were the ‘least preferred’ among the given items. The preference of having food and water as ‘most preferred’ shows the dire need for basic commodities among Afghanistan’s common people. In other words, there appears to be acute shortage of food and clean water in Afghanistan and majority of the people suffer from unavailability of daily supplies of bare essentials.

Overall, results of the survey indicate that Afghans realize that they are in worse situation than before as 83% of the respondents believe that the Taliban are corrupt, and 67% of respondents feel that the prevailing conditions shall worsen over-time under the Taliban regime if democratic set up is not revived in some form. Therefore, it is suggested that international community comes together for offering humanitarian assistance through special vehicles so that the assistance reaches the needy and not the corrupt.