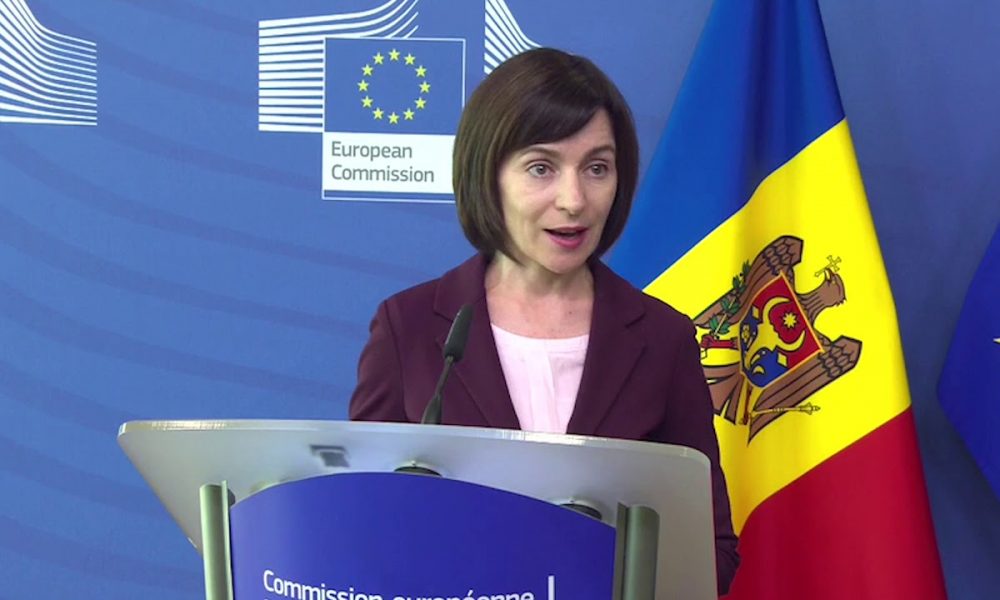 The Republic of Moldova has had an interesting few weeks. With a raging conflict next door, a region populated with Russian soldiers stirring tensions, and an EU accession process picking pace, writes Cristian Gerasim.

The small country of eastern Europe was in danger due to the conflict in Ukraine. This nation of 2.5 million has seen the most refugees relative to its population.

The UN secretary General talked about the fragile situation in Moldova during a visit to Chisinau earlier last month. He said that Moldova is the country’s first line of defense for maintaining peace and stability within the region.

“I am deeply worried about Russia’s continued and possible expansion of its war in Ukraine and the consequences it is having on the region and the rest of the world. Antonio Guterres stated that the consequences of an escalation were too terrifying to consider during his visit.

Moldova, which lies between Ukraine and Europe, is one of the most impoverished countries on the continent. Moldova, a former Soviet republic, is still dependent on Russian gas. Its politics have been fueled by the east/west divide between the Russian-speaking Moldovans and the more central, western-leaning, and Romanian-speaking parts of the population.

Pro-European governments hope that closer ties to the European Union and the possibility for a future EU membership will help reduce Moldova’s vulnerability in the region.

Although enthusiasm may be high, with most of the population supporting EU membership, a recent study by WatchDog.md NGOshows that Moldova could never become part the EU unless the Transnistrian issue is solved.

Transnistria, an unrecognized separatist region, is located in the narrow strip of land that runs between the Dniester River and the Moldovan–Ukrainian border. It is internationally recognized as a part of the Republic of Moldova. Transnistria is home to 1,500 troops, which Russia considers peacekeepers, and has its own institutions such as a flag, national bank, independence day, and national flag.

Recent comments made by Russian military officers claiming that the Kremlin wanted to establish a “land corridor” between Russia and Transnistria in the east have brought attention to the Russian-controlled, heavily armed region. Russian Major General Rustam Minnkayev claimed that an intervention in Transnistria was justified because of the ” oppression” of Russian-speaking people.

This would result in Russian forces landing on Moldovan soil, right at NATO’s door.

A series of mysterious explosions in the region caused further concern that Russia was trying to justify an additional conflict in Eastern Europe. Two radio towers were damaged and a military unit was destroyed. The explosions could also be heard in Transnistria’s capital Tiraspol near the Ministry of State Security. The explosions were attributed to Ukraine by the Transnistrian foreign minister. Kiev denied this claim. According to President Zelenskyy of Ukraine, such false flag attacks are used as a pretext by Moscow to attack Moldova.

EU Reporter spoke to Armand Gosu, a professor at the University of Bucharest who is a leading expert in Moldova and the exSoviet region. He said that Putin would like to occupy Transnistria, instate a friendly government, and then occupy Chisinau, the capital of Moldova. But it’s not easy to do.

Odessa could fall. This would pose a huge risk for Moldova. Most likely, Transnistria will be overrun by Russian officials trying to make Transnistria a new Donbas.

Transnistria isn’t willing to go to war, which is the good news. Transnistria’s political and economic elite would prefer to do business with the EU or Romania.


EU accession and its obstacles

The European Parliament approved the vote to grant Moldova EU-candidate status earlier this month. The complete EU questionnaire required to start the process was also returned by the Moldovan government.

Moldova is still a long way from becoming a member of the EU.

Moldova faces a difficult task in combating corruption, not only because of the Tranistrian problem. Moldova must reform its governance and abandon past oligarchic practices in order to reverse the trend. The current government has promised that it will do so.

These oligarchic practices are made famous by Vladimir Plahotniuc, the former chairman, of the Democratic Party. He was charged with the disappearance more than $1B — 12.5% of Moldova’s GDP — from the country’s largest banks.

Justice reform can solve the oligarch problems in Moldova. Maia Sandu promises this in her program. It would be difficult for Moldova to join the EU with oligarchic structures like those found in Modova and other ex-soviet republics. Armand Gosu, EU Reporter, stated that he doesn’t believe EU can tolerate corruption after its experience with Bulgaria and Romania.

It is unclear if and how quickly Moldova can eradicate corruption. However, the country’s proEuropean president Maia Sandu and its parliamentary majority both promised to have zero tolerance for wrongdoings shortly after they won last year’s elections. The government’s ability to deliver on this promise is crucial for the country’s European journey, as well as its security and that region’s.