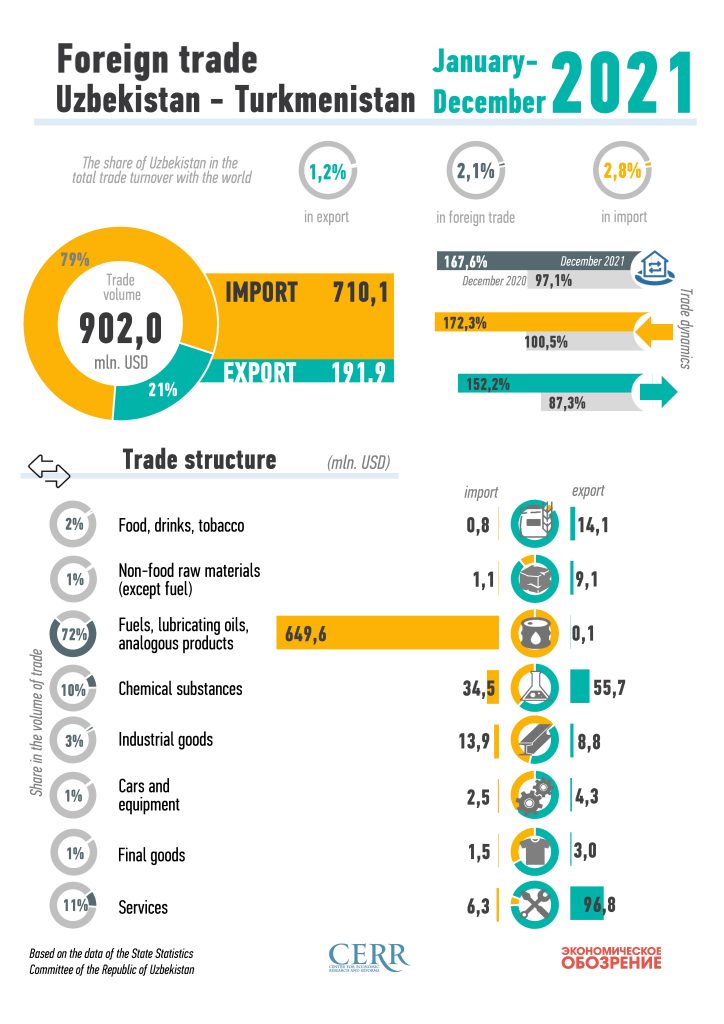 Turkmenistan, our closest neighbor, is a reliable strategic partner and has been for many years. Uzbekistan and Turkmenistan are connected by their shared rich history, similarities in languages, culture, traditions, and customs, and also because they have the same positions on nearly all global, regional, and bilateral issues of our time. Obid Khakimov

The opening of the street named for the Turkmen poet, philosopher, and literary classic Makhtumkuli, and a bas relief with his image in Tashkent is a vivid symbol of cultural closeness, eternal friendship, unity, and unity.

The establishment of a Republican Turkmen Cultural Centre in our country has brought together six Turkmen cultural centers from different regions.

Around 200 thousand Turkmens reside in Uzbekistan. They live peacefully and harmoniously with other nationalities and nations. There are 45 schools that teach Turkmen language to more than 8 thousand students. There are also various creative competitions for talented students. It is well-known for the high level of experience of teachers who teach the Turkmen language.


Modern bilateral relations reflect a high level of cooperation and development between the countries. These are based on the 2007 Treaty on the Further Strengthening of Friendly Relations and Comprehensive Cooperation. Uzbekistan’s 29th anniversary of their diplomatic relations will be celebrated by Turkmenistan in 2022.

Positive dynamics of cooperation have been established through an open and trusting dialogue between leaders from the two countries. This demonstrates a new level in Uzbek-Turkmen strategic partnerships.

2017 saw the visit of Shavkat Mirziyoyev, President of the Republic of Uzbekistan, to Turkmenistan. This opened up new opportunities for further development of relations as well as deepening multifaceted cooperation.

These countries have positive experiences in water management, which has allowed them to create a regional position on the efficient and rational use the waters of the transboundary rivers in Central Asia. This position takes into consideration the interests of all the countries in the region. Both countries support the International Fund for Saving the Aral Sea’s activities and have expressed their willingness to work with the UN Convention to Combat Desertification.


The indicators of economic cooperation are increasing in number, and there is an intensification of our efforts to increase them.


Turkmenistan is therefore one of Uzbekistan’s ten largest trading partners.

After the fall high-level meetings, the practical implementation of the signed trade agreements will enable us to increase trade turnover to one million dollars.

A joint trade center is also being established in the newly created border trading zone. It will facilitate the growth of mutual trade volumes.

The dynamic development of investment cooperation is evident. The number of Uzbekistani enterprises that have received Turkmen capital has increased from 11 in the last four years to 160.

There are 61 companies operating on the territory of Turkmenistan with the participation of residents of Uzbekistan, including the enterprises of JSC UzAvtoSanoat and UzAgroTehSanoatHolding (export of cars and agricultural machinery, respectively).

The foundations are there for intensifying industrial cooperation and creating complete value chains that include production facilities located on the territory of both countries. Taking into account Uzbekistan’s potential, Uzbekistan’s textile, chemical, and automotive industries are all becoming important.


The Uzbek-Turkmen Interregional Forum, which was held in Bukhara recently, saw the meeting of Business Council of Chambers of Commerce and Industry and an exhibition of production capabilities. These activities are intended to strengthen interregional cooperation by regular direct dialogue between border regions. The annual holding of forums between the Turkmenistan and Uzbekistan regions will be a catalyst for economic cooperation.

An intergovernmental agreement on mutual establishment of trade mission will facilitate this. This has created a mechanism to expand cooperation between the economic structures in both countries, even remotely.


International cargo transport between Uzbekistan (and Turkmenistan) amounted almost to 2 million tonnes in 2021. This is an 18% increase compared to 2020.

Uzbekistan’s highways allow goods to be transported from Turkmenistan to the other direction. A large amount of Uzbek cargo is also transported through Turkmenistan’s territory to Iran and to the ports in the Persian Gulf. The parties are working together to maximize the potential of the Uzbekistan-Turkmenistan-Caspian Sea-South Caucasus transport route. This corridor will allow access to Black Sea ports in Turkey, Georgia, and Romania.

Integration of communication systems between the two countries not only allows cargo transport through our territories but also provides the fastest access to markets in the Middle East, Asia-Pacific, Persian Gulf, and Europe.

The implementation of such large-scale infrastructure projects as the Termez-Mazar-i-Sharif-Kabul-Peshawar and Kerki-Akina-Andkhoy railway routes will contribute to the development of the transit potential of the two countries and create favorable conditions for a multiple increase in the volume of cargo transit through Turkmenistan and Uzbekistan to the countries of Southern and Central Europe, the Middle East, South and South- East Asia. This will also be facilitated by the further use of the unique potential of the Turkmenbashi seaport and the full launch of a multimodal transport corridor along the Uzbekistan-Turkmenistan-Caspian Sea route and further through the Black Sea ports with access to Europe.

We attach great importance the socio-economic growth of Afghanistan. Our countries have implemented transport projects of regional significance and provided electricity to its people. A practical contribution in this regard was the successful operation of the Hairaton-Mazar-i-Sharif railways, the Akina-Andkhoy railway line, as well as the Surkhan-Puli-Khumri, Kerki-Imamnazar-Andkhoy, Serkhetabat-Herat, Rabatkashan-Kalainau and Kerki-Shibirgan power lines. These vital projects will help ensure stability and peace in Afghanistan.

The extensive network of transport communications between these countries, the expansion of border crossing points, and the creation favorable tariff and other conditions will all ensure that continental cargo transport can grow. This will also strengthen transport interconnectedness and transit capacity in both countries and throughout Central Asia.


Strategic direction for the energy sector


The growing convergence of interests between Uzbekistan, Turkmenistan is reflected in their relations. These include the development of regional transit and trade, and the protection of regional security.

The state visit by President of Turkmenistan Serdar Beldimuhamedov (Uzbekistan) is a continuation of active and effective negotiations at the highest levels. It also serves to strengthen bilateral relations, based on centuries-old friendship, good neighborliness, mutual support and trust, and expanding trade, investment, and cultural ties.

High-level discussions will result in the expansion and strengthening of strategic partnerships in the spirit centuries-old friendship, good neighborliness, and mutual support between the fraternal Turkmen and Uzbek peoples.

A deeperening of bilateral cooperation is a way to ensure peace, stability, and universal prosperity in the Central Asian region.

Director of the Center for Economic Research and Reforms in the Administration of President of the Republic of Uzbekistan.