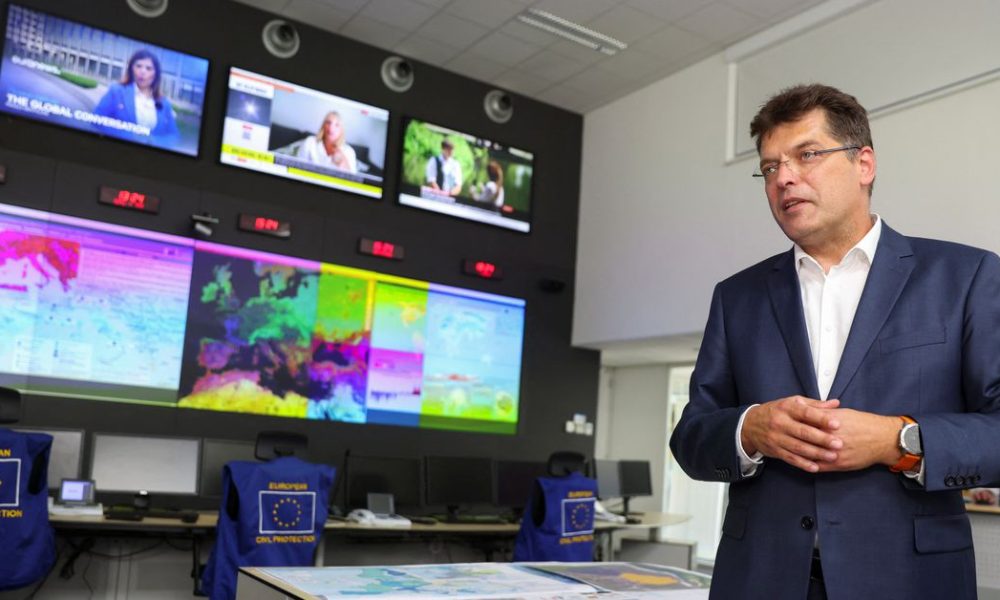 To combat the rising risk of wildfires in Southern Europe, the European Union is in negotiations with manufacturers to purchase firefighting aircrafts.


Current EU emergency resources include funding and co-funding the deployment of 12 firefighting aircrafts and a helicopter that is shared by EU countries. Janez Lenarcic, EU Crisis Management Commissioner, said that as climate change is expected to increase emergency requests, the EU will invest in crisis-response planes.

Lenarcic stated that although technically these planes can be bought by member states, they will be 100% funded by the European Union.

Lenarcic declined the name of the companies, as contracts have yet to be signed. However, he stated that plans are being made to relaunch amphibious plane production to scoop up water and put out fires.

On Monday, thousands of firefighters in southern Europe battled wildfires in Spain, Portugal and France amid a heatwave that claimed hundreds of lives.

Climate change is increasing fire weather. This means that heatwaves and dry conditions mean that fires spread more quickly and burn longer once they are ignited. More countries are now requesting emergency assistance to deal with these blazes.

Five requests for assistance have already been made to the EU this year. Lenarcic stated that Europe faces a difficult summer, as the Mediterranean is not yet halfway through its June-September fire season. Last year, the EU received nine requests of assistance.

This month, the EU used a pool of aircraft from France, Spain, Croatia and France to send firefighting planes across Europe. To support local firefighters, 200 European firefighters were also stationed in Greece.

EU countries are responsible to prevent and respond to forest fires and can request EU assistance when they require it.

The bloc had its second worst forest fire season in history last year. More than half a billion hectares were destroyed in 2017 compared to more than a million in 2017. This was the worst year ever. According to Spanish government data, this year has seen more than 70,000 hectares of Spain’s forests burn, which is the most in the past decade.

In 2021, the EU’s civil Protection Budget, which aids countries in responding to and preventing crises, was approximately 900 million Euros.

Lenarcic stated that “in the near future it will have to strengthen further”, pointing out the rise in requests for assistance with climate-related emergency, as well as other crises such the COVID-19 pandemic or the Ukraine war.