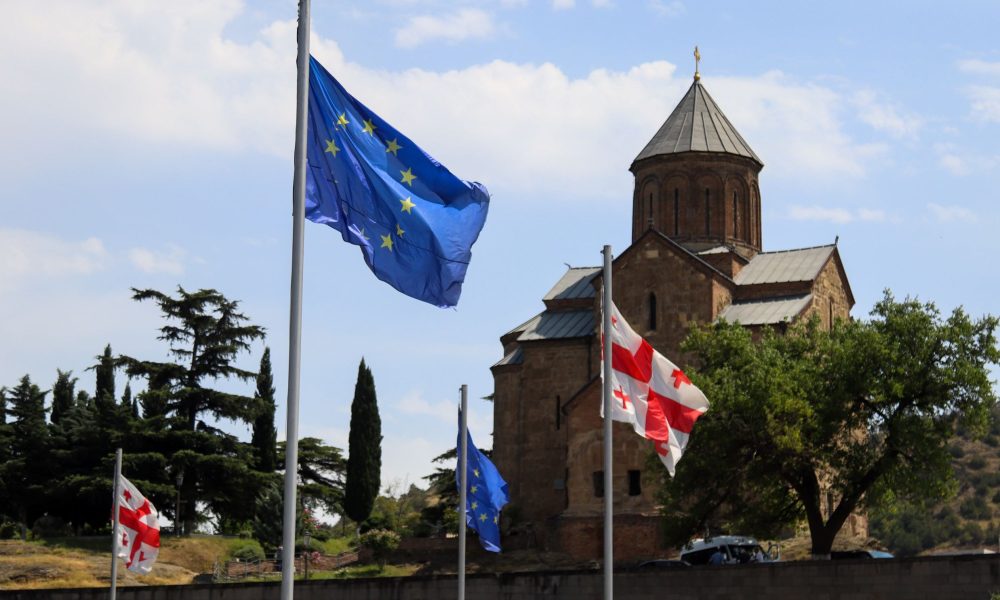 Georgia’s European dream didn’t begin yesterday. Since the collapse of the Soviet Union and Georgia’s independence, Georgia has been dreaming of joining the European Union. The country’s constitution contains plans to join the EU. Georgians are proud to call themselves European, even though they don’t border any EU member countries.

Initial plans for Georgia’s membership application were to submit it in 2024. The country has made substantial progress over the past few years in implementing the Association Agreement, and in introducing reforms based on European values.

As the EU called for more unity to respond to Russia’s invasion, it seemed that Georgia was on the right path. People were optimistic that Georgia would be able to realize its European dream sooner. However, Ukraine and Moldova were granted their EU-candidate statuses last month. Georgia, however, was left behind, having to accept the offer of a ‘perspective membership’.

The EU’s refusal to grant Georgia membership could have security implications.

Although Russia might not currently have Georgia on its radar, the history of Georgia shows that Putin’s imperialist ambitions there should not be ignored.

Russia occupies approximately twenty percent of Georgian territory. It has at least fifteen thousands military personnel stationed permanently in South Ossetia or Abkhazia. These are two areas that Georgia lost to Russia after the war of 2008.

Since Georgia has a policy of not using force to reclaim these regions, and the European Union Monitoring Mission is stationed on the Georgian side to the ‘borders with the territories, the Georgia-Russian conflict is frozen. There are no indications that an armed conflict might reopen in the recent years.

However, Putin’s expansionist ambitions are unlikely to be fulfilled, regardless of how the war in Ukraine ends. The question of who will become the next leader is a pressing issue. Georgia should be at the forefront of people’s minds.

Completely excluding the threat of war in Georgia would be’simply ignorant or malicious,’ stated Shalva Papaashvili, the speaker at the Georgian Parliament on July 7.

Even though military action may not be possible in the near future , the EU, which claims Georgia ‘belongs the European family’, must be ready to help its ally, should Putin not stop at Ukraine.


No room to make diplomatic errors

The desire of Georgia to be closer to NATO and the EU has been a source of anger for Putin since the beginning of August 2008. It was also one of the triggers of Russian aggression in August 2008. Instead of protecting the country from its aggressors, the EU placed the blame on the outbreak of war against Georgia. After the conflict was over, the West “forgave Russia” for its brutality, stated George Mchedlishvil (Professor at the International Black Sea University, Tbilisi).

He said that this ’emboldened Russia’ and encouraged it to continue its adventurism, but on a larger scale, in Ukraine.

Instead of learning from the Georgian war experience, the EU failed once again when Russia invaded Crimea in 2014. The EU’s ineffective sanctions policy and soft reaction did not stop Russia’s annexation. This led to a full-scale invasion.

The EU has shown more unity since the beginning of the war in Ukraine and adopted more severe sanctions against Moscow. However, given Georgia’s vulnerability, more must be done to prevent another conflict from erupting in the South Caucasus.

stated that Russia does not have to be convinced of the existence of soft spots, in an interview with The Financial Times.

It’s almost certain that Russia will not attempt to destabilize the international order and cause chaos in Ukraine by waging war. To protect the most vulnerable countries, a stronger Europe and greater cooperation is essential.

Georgia paid a heavy price for its commitment to the EU over time. The EU must remember Georgia and not allow history to repeat itself.

Katarzyna Rybarczyk works as a political correspondent at Immigration Advice Service. She is an expert on humanitarian issues and conflicts.