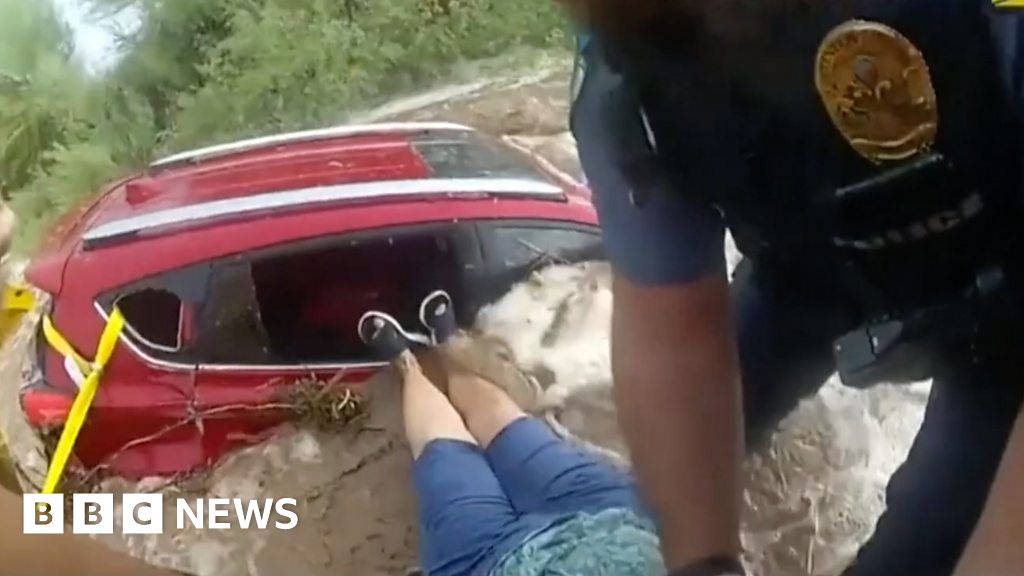 A bodycam video from police shows a woman’s dramatic escape from a car that was surrounded by flash flooding in Arizona.

After heavy rains in Arizona last week, it took place on Thursday.

Sue Teder, a woman from California, claimed that Claire, her 11-week old puppy was sitting on her lap as she called the police for assistance.

Rescuers discovered that the water had pushed her car against a guardrail and was threatening to wash her away.