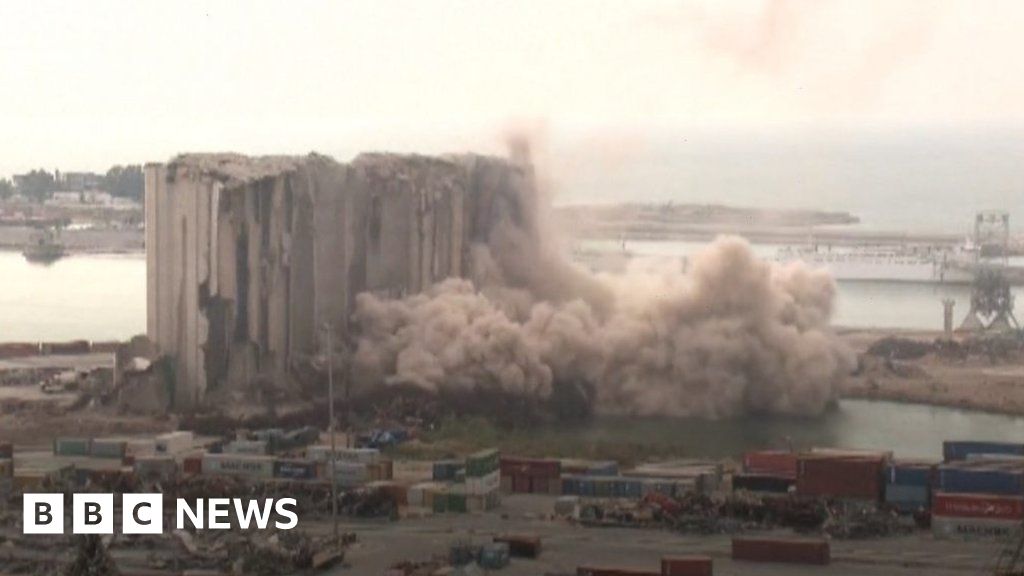 After recent warnings and fires, the moment that part of Beirut’s port grain silos collapsed was captured on camera.

The 2020 port explosion that killed more than 200 people left the buildings badly damaged. Next week marks the second anniversary.

Official investigation into the explosion was suspended twice, leaving survivors and their families without any answers.

Recent fires, believed to have been caused by fermented grains, have been burning for weeks and officials warned that the silos might be at risk of collapse.