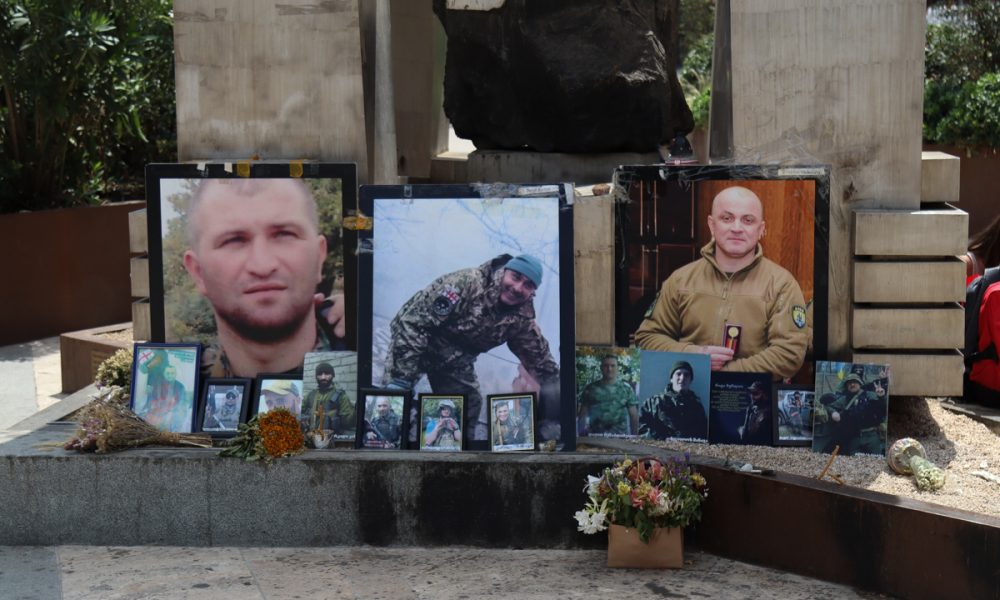 At the 2008 Bucharest Summit, Georgia was promised NATO membership. However, fourteen years later, both countries still have not been granted NATO membership. After the Ukraine war, Georgia, which has been through three wars, including one with Russia, expressed its desire to join NATO. Katarzyna Rybarczyk reports.

As voices start to say that if NATO had fulfilled its promise to Ukraine earlier, the current Russian invasion might have been prevented.

“I am convinced and have stated it before that I believe Ukraine would have joined NATO before the war.” “I believe in this,” stated President Volodymyr Zelensky of Ukraine.

NATO expansion is possible with the official invitation being sent to Sweden and Finland to join the alliance following the summit in Madrid, June 28-30. Yet, Georgia’s prospects of joining NATO are still slim.

Although it waited significantly longer than the Nordic countries, Georgia was informed that it would be receiving ‘tailored practical and political’ support.

Georgia is a NATO partner and has been active in many NATO-led missions, such as Operation Active Endeavour (a maritime surveillance operation that counters terrorism and prevents the movement of arms in the Mediterranean), and NATO’s Resolute Support Mission to Afghanistan. According to Anders Fogh Rasmussen (a former NATO General Secretary), “Georgia meets almost all criteria for becoming a NATO member,” this was also true.

So why is Georgia in what seems to be a perpetual limbo?

“We believe Georgia should continue its Euro-Atlantic pathway, and whenever Georgia is ready for NATO, it will, but I don’t think there’s a way to integrate only one part of Georgia,” stated Javier Colomina, NATO representative in the Caucasus, Central Asia and Central Asia.

As the conflict in Donbas prevented Ukraine joining NATO before the current war started, so too is the resolution of territorial disputes a factor that could affect Georgia’s chances to become a member.

NATO does not welcome any state whose territorial sovereignty has been compromised. This is because, given the alliance’s mutual defence obligations, it could compromise the security of other members or trigger a large-scale conflict.

Next, Georgia’s pace for implementing reforms is slow. This is due to political polarisation which manifests itself in rising tensions between the main opposition force, United National Movement, and the ruling Georgian Dream party.

The country is in political impasse and drifting away from democracy since the 2020 Georgian Parliamentary Election. While both United National Movement and Georgian Dream support Georgia’s ambitions of becoming a NATO candidate, their fierce power struggle has prevented them from implementing the necessary reforms.

Particularly over the past year-and-half, there has been no progress, stated JavierColomina in May. He added that “NATO is concerned about the level of implementation for the reforms we have been asking”.

According to the official, Georgia cannot continue to be a spectator to other countries joining the alliance. It must solve its problems and reaffirm its commitment to all NATO requirements.

Allowing Georgia in could prove to be counterproductive and weaken NATO rather than make it stronger. Vladimir Putin warned the two countries about the’serious military consequences and political consequences’ of deploying military personnel and infrastructure.

Putin stated that Russia doesn’t have any ‘territorial disputes’ with these countries. Unfortunately, this is not true for Georgia, where Russia occupies a fifth of the territory and the Kremlin has tens to thousands of troops.

Therefore, Putin would see Georgia’s expansion as a greater threat to Russia.

NATO recognizes Russia’s’most significant and direct threat’ to Allies’ security. It is unlikely that Georgia will offer Georgia membership. This could potentially draw all NATO member countries into a conflict with Russia.

The potential for catastrophic consequences could be wrought by the East’s enlargement. Moreover, the ongoing bloodshed in Ukraine is a warning sign that it is not the right time to feed Putin’s anger. Therefore, it seems that Georgia has a long way to go before its NATO ambitions are realized.

Katarzyna Rybarczyk works as a political correspondent at Immigration Advice Service. She is an expert on humanitarian issues and conflicts.