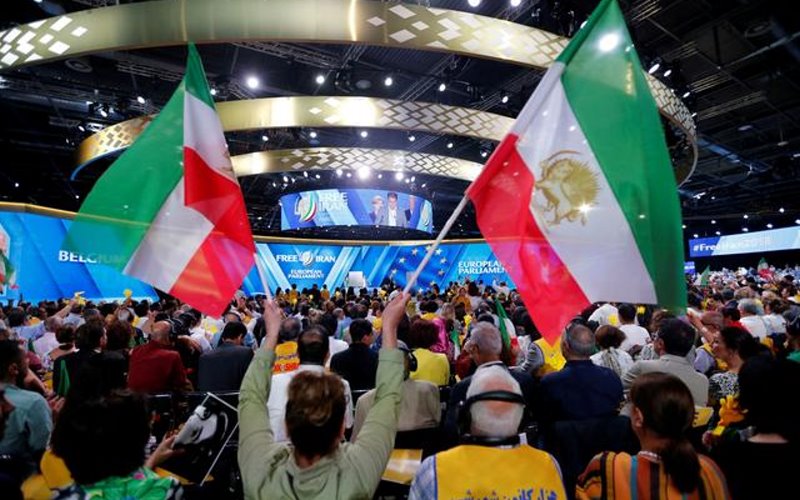 The US Embassy in Albania and the US Government issued a statement on July 22, 2022 warning of terrorist threats to the July 23-24 Free Iran World Summit organized by the National Council of Resistance of Iran. The NCRI, on behalf of its constituents, postponed this annual summit at the request of the Albanian government.

On July 16, Albanian news outlets reported on July 16 that SPAK (Structure Combating Corruption and Organized crime) had arrested and interrogated 20 Iranians in order to conduct espionage for the Iranian regime. The Albanian Police raided eight apartments and four offices as well as several buildings where the individuals lived and were engaged in prohibited activities.

After a four year surveillance of and investigation into the actions of those held, the action was taken. This included espionage in Albanian territory for the Islamic Revolutionary Guards Corps, an entity that has been designated by the United States as a Foreign Terrorist Organization, (FTO), and the Ministry of Intelligence and Security, (MOIS), according EuroNews Albania.

Albanian media identified eleven of the interrogated people as Hassan Heyrani and Mehdi Shemani, Gholamreza Shakari, Mostafa Betheshti. All their electronic equipment including computers, tape recorders and documents, were also seized during the search of their offices and apartments.

They were also accused of receiving money from Iran’s secret service, the Qods Force, and the IRGC in order to obtain information on the MEK in Albania.

The NCRI published an August 1 report pointing out a February 17, 2021 email by Hadi Sani Khani (a former MEK member), to Antonio Guterres. It revealed that he had been working with the same people for four years, including Hassan Heyrani who was the liaison between these individuals as well as the Iranian Embassy in Tirana. “During this time, I started to collaborate with the official agents of MOIS in the Embassy Ebrahim, Massoud Khodabandeh and Gholamreza Shakari, as well as MOIS agents Ehsan Bidi, Hassan Heyrani, and Gholamreza Schekari. They used me to demonize, espionage and intelligence gathering to reconnoitering plans to carry out terrorist acts against the MEK,” Sani Khani had wrote.

The NCRI stressed that, “although Albanian media now report on the espionage & organized terrorist activities of this ring ex-MEK employed inside Albania by Iranian secret service personnel, but this ring’s outreach into western news outlets in mainstream media is another complex aspect that requires scrutiny and investigation.”

The Iranian regime sought to demonize and discredit the MEK internationally in order to reduce the attention the MEK has placed on its human rights violations and secret nuclear weapons programs, terrorist-sponsoring activities, war-making and meddling in the Middle East.

NCRI stated that these operatives told willing and eager “friendly journalists” lies about the MEK’s leadership and aims to create distrust in the minds and make it difficult for Western policymakers and public figures to support the movement to overthrow the Iranian regime.

Following these developments, four Iranian intelligence officers, Shahin Qajar Mohammedi Fard (Seyed Ahmad Azim Azim Setara), Betool Soltani and Afshinkalantari, who were based in the UK and Germany, travelled to Albania to carry out the terrorist mission on July 29. The four were aware of their connections to the interrogated agents and the Albanian police and airport authorities denied them entry. They were then expelled to their home countries.

Shahin Gobadi (MEK’s Paris-based media spokesperson) said that these revelations regarding the investigation by Albanian law enforcement agencies into these agents made it clear that they fed the media lies and propaganda to denigrate the Iranian opposition and set the stage in order for terrorist plots against them, which the regime regards as an existential threat.

Gobadi said, “It should concern all reputable media editors how Iran regime uses propaganda against the MEK over a span more than 20 years to gain coverage for disinformation campaign against its enemies.”

Gobadi demanded that agents of the MOIS, the terrorist Quds force, be prosecuted, punished, and expelled from European countries including France, Germany, and the UK.