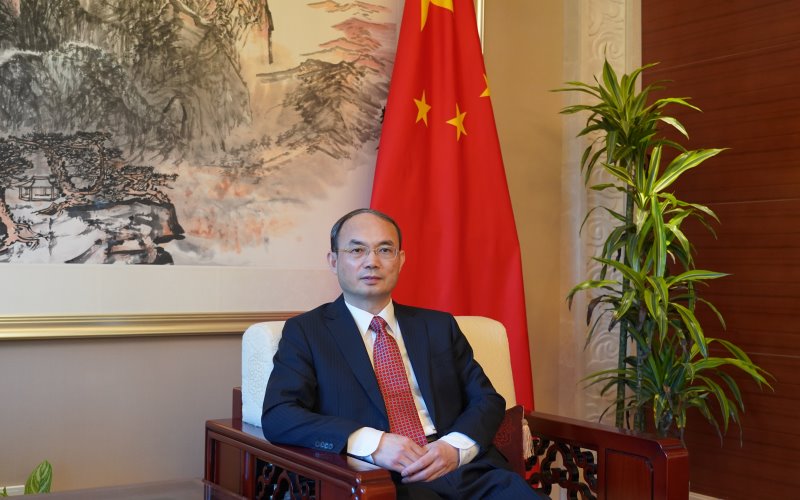 Cao Zhongming is the Ambassador of People’s Republic of China in Belgium. She responds to Nancy Pelosi’s visit to Taiwan.

“In disregard of international norms of respecting all nations’ sovereignty and territorial integrity, and in disregard of overall interest of China and U.S. relations,” Nancy Pelosi, Speaker of the U.S. House of Representatives, made a sneaky visit to China’s Taiwan area. Before the world, Speaker Pelosi staged a political stunt which seriously violated the one-China principle. It seriously infringed upon China’s sovereignty, territorial integrity, and seriously undermined peace and stability along the Taiwan Strait. This outrageous political provocation is yet another example of U.S. credibility, and it removes the cover for U.S. double standards regarding international rules.

The United States orchestrated this incident and provoked it. It is difficult to see the causes, effects and merits of this incident. The United States provoked the incident in the first instance, while China was forced to take legal measures for self-defence. The Chinese military exercises in the waters of China’s Taiwan island were necessary and justified as a reaction to the U.S. provocation and the separatist “Taiwan independence” forces. They also serve as a step towards defending China’s sovereignty, territorial integrity, and sovereignty.

China has taken and will continue to take a variety of countermeasures. They are necessary and defensive and have been carefully considered and assessed. They are designed to protect national sovereignty and security, and they are compatible with domestic law. They serve as a warning to provocateurs and help to stabilize the region and ensure peace across Taiwan Strait.

China has done all diplomatically possible to avoid the crisis being imposed upon it. The United States, however, continued on the wrong track and acted arbitrarily. The U.S. side, along with the separatist “Taiwan independence” forces, must bear all the consequences. The G7 had issued a statement by its foreign ministers on Taiwan the day before. It accused China of “increasing tensions”. This is nothing more than shifting blame and confusing right and wrong. This irresponsible position statement is dangerous because it undervalues the wisdom of others around the globe and shields and connives at “troublemaker”.

Both the historical and legal facts of the Taiwan question and the status quo that both Taiwan Straits belong to the same China are clear. Speaker Pelosi’s trip will not change Taiwan’s historical and legal status. It will not reverse the trend of China’s unification and it will not change that 181 countries around the globe recognize and support one-China. Anybody who has been following the Taiwan Strait situation will know that the one-China principle must be respected if the Taiwan Strait and the surrounding region are to remain peaceful.

If you still have questions about why China conducted these important military drills then please ask Speaker Pelosi.