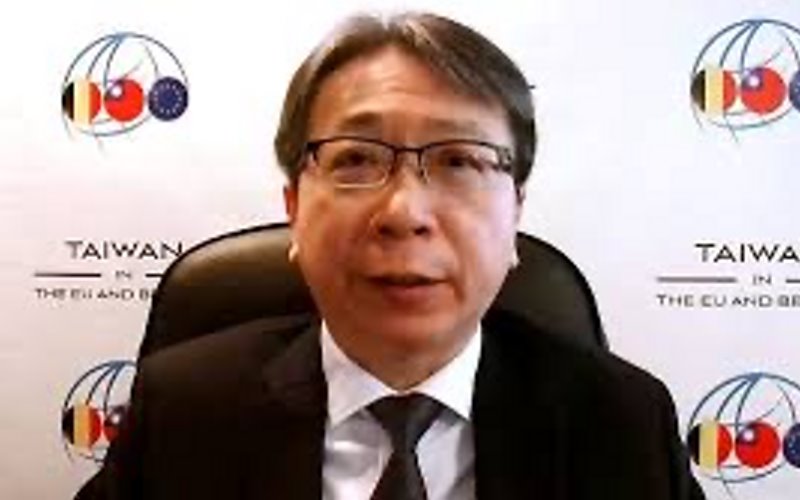 TsaiMing-yen, Taiwanese representative to the European Union, and Belgium, responds to Nancy Pelosi’s visit to Taiwan.

“The US House Speaker Nancy Pelosi’s visit to Taiwan in August is a clear sign of the long-standing friendship between Taiwan and the United States.

This solid partnership can be traced back 43 years ago to the massive passage of the Taiwan Relations Act. It outlines the US’ determination and commitment to Taiwan’s defense and stresses that any attempt to decide Taiwan’s future through non-peaceful means would be a threat to peace and stability in the whole of the Western Pacific.

As Speaker Pelosi stated, the United States must support Taiwan, the “island that resists”, in defense of democracy and freedom.

China has been protesting Speaker Pelosi’s trip to Taiwan. It recently conducted unwarranted military drills in the air and water space around Taiwan Strait. They launched several missiles into the waters, invaded our air defense identification zone and crossed the Strait median line with multiple aircraft. These actions, taken together, seriously threaten Taiwan’s security and undermine peace and stability in the Indo-Pacific. The government responded by expressing solemn condemnation of the actions and strong protest.

It is an objective fact and a fundamental aspect of current status quo that the Republic of China (Taiwan), is a sovereign, independent state that has never been part of China’s People’s Republic of China. This fact is unalterable, and China knows it. Only the 23 million Taiwanese must decide Taiwan’s future.

The security of Taiwan Strait and China’s ongoing campaigns of economic and political coercion have been a major concern for the international community in recent years. The G7 Foreign Ministers Joint Statement reiterated their commitment to the preservation of peace and stability in Taiwan Strait. They also called on China to not unilaterally alter the status quo regionally.

Many others have also expressed support for Taiwan, including its allies, likeminded countries and the executive, legislative, and executive departments of over 40 countries. Josep Borrell (EU’s High Representative For Foreign Affairs and Security Policy), also called for calm and restraint from all parties.

China’s recent military drills around Taiwan with 68 sorties, 13 vessels and intruding into Taiwan Strait alone on August 5, are a clear provocation and threaten the stability and security of the Taiwan Strait, Indo-Pacific region and the international order.

As a responsible member the international community, Taiwan will not escalate any conflict or provoke any disputes. It will calmly respond and defend its sovereignty, national security and democracy from China’s irresponsible threats.

Taiwan will not yield to China’s military pressure and will continue to defend our sovereignty and security. We will also work with global democratic partners to preserve democratic values and ensure regional peace.