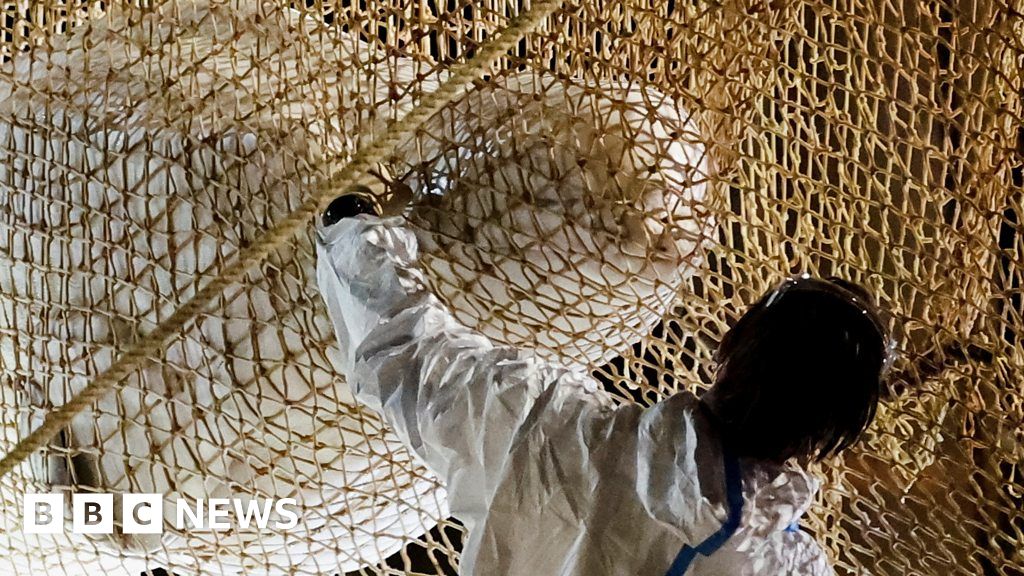 A rescue operation has saved a beluga whale that was caught in the River Seine, France.

The 800kg whale was trapped in the river 100 km (62 mi) inland. Its health was already beginning to decline as it struggled for food.

There were 80 people who helped to take the animal out of the river. Police and vets also assisted.

The whale suffered breathing problems during its journey, and experts made the difficult decision that it should be put to rest.