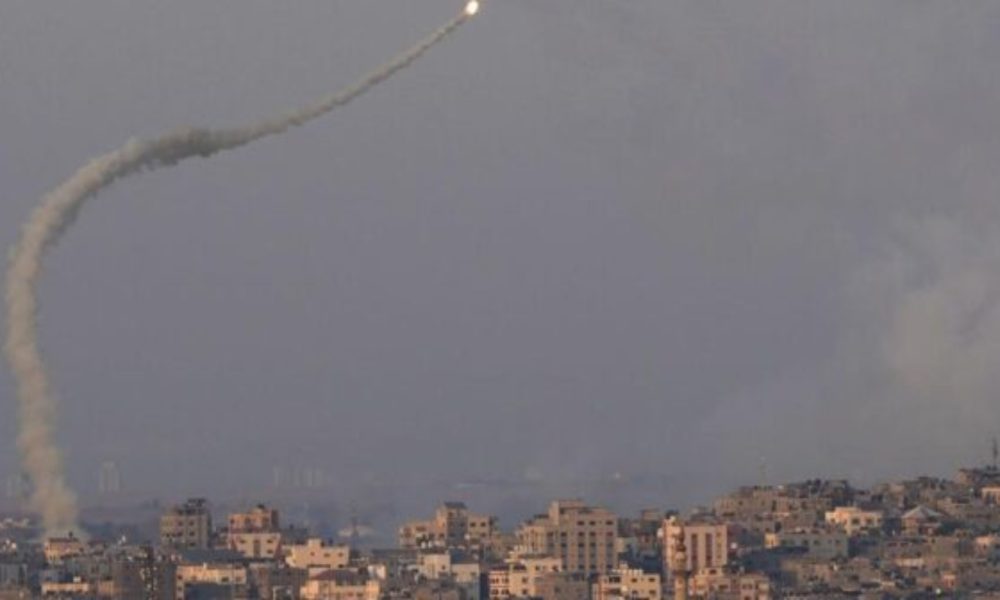 The news agency stated that the tweet by the Associated Press was not intended to justify, minimize, or relativize the sufferings of Gazans in the ongoing conflict. We are sharing this because “backfire” deaths caused by Islamic Jihad were either overlooked or underestimated. We invite you to view the video from our yesterday’s briefing in the hope that it will give you some perspective on Islamic Jihad.

According to the Israeli army, 47 Palestinians were killed during three days of fighting. At least 14 of these deaths were caused by Islamic Jihad rockets. According to the Associated Press, no one with direct knowledge of the blasts in Gaza was willing or able to talk about them publicly. “But live TV footage showed that rockets were unable to reach densely populated residential areas. AP visited the two sites of two explosions that claimed 12 lives, and confirmed that they were caused by rockets going off-course.

On 7 August, Lebanon’s Mayadeen TV caught a Palestinian Islamic Jihad rocket firing and falling in a Gaza neighbourhood. You can hear the correspondent telling the cameraman not to take the picture. According to the Associated Press Hamas issued, then removed, sweeping restrictions on foreign journalists who were working in Gaza Strip after the conflict. According to the report, the restrictions prohibited coverage of PIJ rockets hitting Gaza, causing injury and death, and a general rule requiring Jerusalem to be held responsible for the latest escalation. Friday, 5 August, saw Israel launch a preemptive attack against the Palestinian Islamic Jihad. This was in response to what the IDF called an imminent threat to Israeli civilians near the Gaza border. The attack was planned by several operatives and a senior commander of PIJ.

“From our intelligence, we knew that they had plans to attack Israeli civilians near the Gaza border. This threat was obvious. We saw that this threat was imminent and so we conducted preemptive strikes on Friday (5 August) against those who planned to attack our civilians,” said an Israeli official.

“The operation had two main purposes: defensive, to defend the citizens of Israel against the barrage rockets and offensive, to damage the PIJ’s military capabilities through strikes with precise guided weapon weapons targeting weapon storages as well as rocket launchers and production plants.”

“It is a country’s basic duty to protect its citizens and prevent such attacks.” The PIJ, a terrorist organization supported and funded Iran, had already launched 1,170 rockets, mortars, and bombs into Israel’s south and center from Gaza. Israeli aircraft had also struck dozens of terrorist targets. According to an Israeli official, 20%, or 180 rockets, were fired into Gaza Strip. This caused casualties.

He stated that PIJ rockets killed more civilians in Gaza than Israeli strikes. Israel claimed victory partly because it killed two senior PIJ commanders, and because no Israelis were seriously injured or killed. Iron Dome intercepted 97% rockets fired by the terrorist group. The PIJ was also affected by the air strikes, which destroyed rocket launchers and production facilities.

“We have caused damage to the PIJ military capability with minimal collateral damages and few civilian casualties.” Each civilian casualty has been reported as a tragedy. We have done all we can to prevent them. However, rocket launches from schools yards and apartments have made it almost impossible not to cause some damage,” said the official.

He pointed out that several air strikes against PIJ commanders were delayed after the IDF found a single civilian within the target’s vicinity (see video below). The Palestinian Islamic Jihad, a terrorist organization that controls the Gaza Strip, is older than Hamas. Kobi Michael (senior research fellow at the Institute of National Security Studies in Tel Aviv), said that the terrorist organization is very dangerous and doesn’t want to be the ruler of any Palestinian territory. This was during an online briefing organized by Europe Israel Press Association for journalists on Monday.

“Their only agenda, ‘their ‘raison de’etre’ is to lead the armistice against Israel.” Ziyad Nakhlah, the leader of the PIJ, was in Tehran (and still is) during Israel’s three-day operation against the group. It is a Sunni organization, but the Iranian Shiite Theocracy uses it (and Hamas, another Sunni group in Gaza) to attack Israel and destabilize the Middle East. These similarities aside, it is important to highlight the differences. Hamas, which has been in Gaza since its military takeover in 2005, when dozens of Palestinians from Fatah died, is not only a terrorist organization, but it is also a political and social movement.

Its immediate goal is to defeat Fatah, and take control of the Palestinian Authority that rules the West Bank. The PIJ does not have such aspirations, and is more in line with the traditional terrorist organization scheme. While Hamas was established later, it was founded in the early 1980s. In the wake of the weakness of the Palestinian Authoirity, PIJ has grown stronger in the West bank – particularly in the northern part – and has been responsible to a series of terror attacks on Israelis over the past few years. Kobi Michael says that rocket launches fail at a high rate because the technical capabilities of the PIJ are much lower than those of Hamas and Hezbollah.

Hamas, the main organization that controls Gaza, has remained passive and not actively involved in the conflict. It is a clear sign of how well they understand that the conflict was a result PIJ decisions that were detrimental to Gaza’s Palestinian population. We expect Hamas control over Gaza and a tighter grip on Islamic Jihad. “We expect Hamas to ensure that Gaza remains peaceful and stable, and that no Israeli civilians are threatened from the other side of it, as much as the Palestinians want to enjoy the same prosperity as in the past year,” said an Israeli official.

Israel opened the Keren Shalom crossing between Israel, Gaza and Gaza for trucks transporting fuel and other essential goods one day after the ceasefire was in effect. The Israeli official stated that they were trying to improve the lives of Gaza’s 2 million inhabitants in many ways. They opened the Keren Shalom commercial crossing between Israel and Gaza so that fuel trucks could enter the Strip.

“It is very complicated because Hamas, the Gaza-based terrorist organization, continues to call for Palestinians to attack Israel. People are also coming into Israel to work in various jobs. Each person is security-screened but there’s a risk that they might have malign intent.