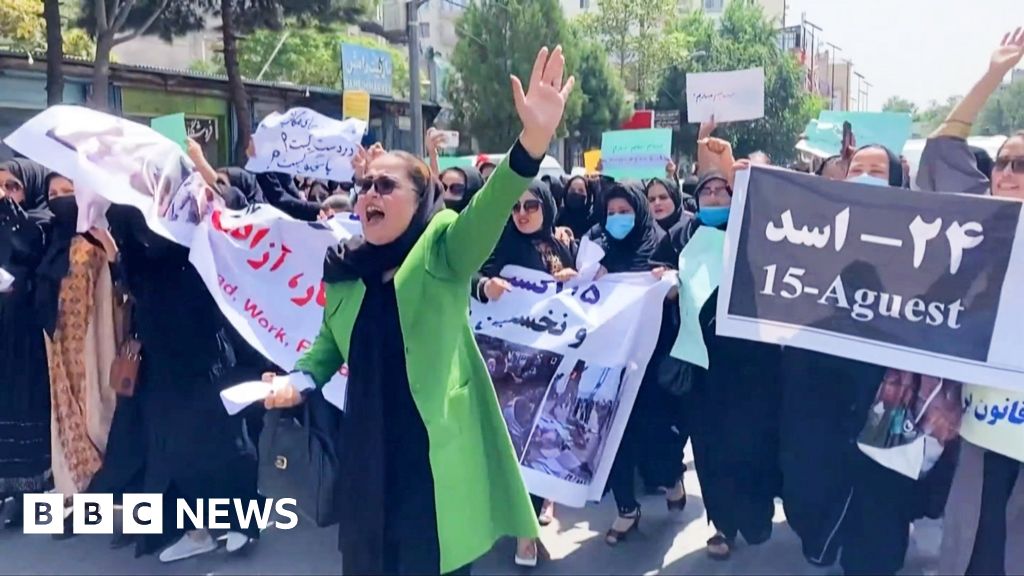 Video footage shows Taliban fighters dispersing hundreds of women protestors in Kabul who were marching for their rights.

It has been almost one year since the Taliban took power in Afghanistan. Women are rare to march.

Taliban fighters fired shots into the air to disperse the protesters, beat some women and took their mobile phones.