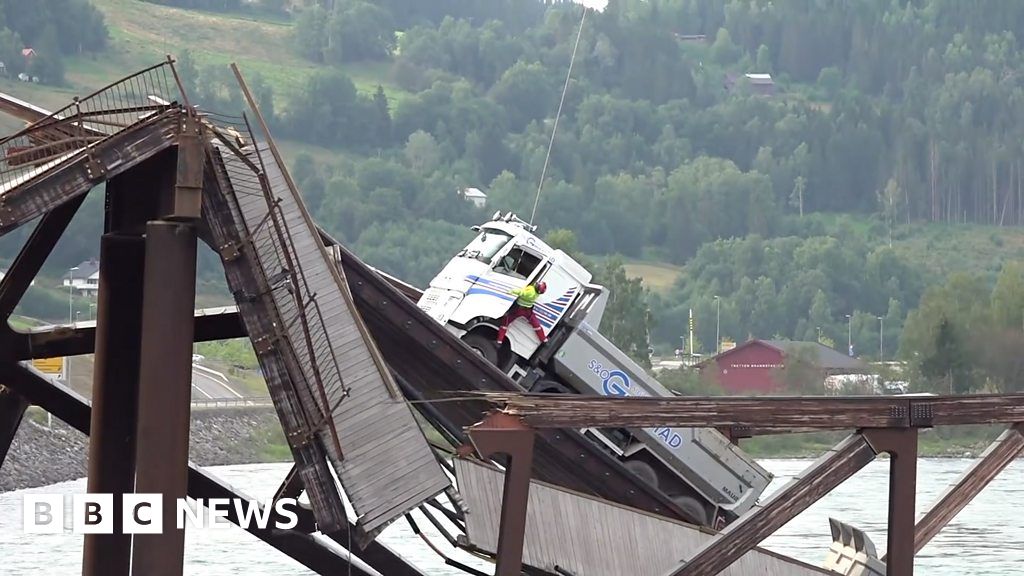 Two drivers of vehicles were rescued from a collapsed bridge in the southern part of Norway.

One vehicle went into the river, but the truck that was involved stayed on the bridge over the water on a section that was lifted out of the water.

According to the Norwegian Public Roads Administration, it demanded an independent investigation into this collapse.