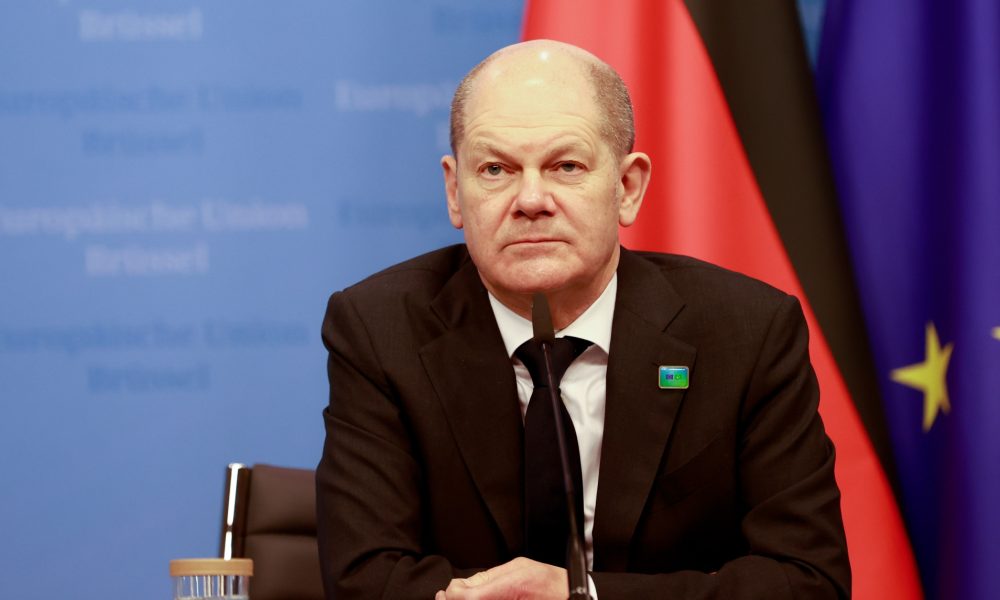 In a joint press conference, Abbas described the way Palestinians are treated by the Israeli government as “apartheid” and claimed that Israel had committed “Holocausts” against Palestinians over the years.

Scholz immediately reacted by distancing himself from Abbas’ comments.

“Of course, regarding the Israeli politics we have a different assessment. I want to say clearly that I won’t use the word ‘apartheid’ and I don’t believe it is right to use the term to describe the situation,” Scholz said.

The German leader also appeared to grimace as Abbas’ use of the word “Holocaust’’ for the actions of Israel. When asked if he intended to apologize to Israel and Germany in advance of the 50th anniversary next month of the massacre of 11 Israeli coaches and athletes during the 1972 Olympic summer games in Munich, Abbas instead mentioned alleged atrocities committed by Israel.

“If we want to go over the past, go ahead. I have 50 slaughters that Israel committed,” he said during the press conference.

It looked as if Scholz wanted to respond, but he didn’t and then the presser was over, according to a reporter at the press conference.

“Mahmoud Abbas accusing Israel of having committed ’50 Holocausts’ while standing on German soil is not only a moral disgrace, but a monstrous lie. Six million Jews were murdered in the Holocaust, including one and a half million Jewish children. History will never forgive him,” Lapid tweeted.

Israeli Defense Minister Benny Gantz said: “Abu Mazen’s words are despicable and false. His statement is an attempt to distort and rewrite history.’’

“The reprehensible and unfounded comparison between the Holocaust, which was carried out by the German Nazis and their enablers in an attempt to exterminate the Jewish people – and the IDF, which ensured the rise of the Jewish people in their homeland, and defends the citizens of Israel and the country’s sovereignty against brutal terrorism – is Holocaust denial,” Gantz added.

During the press conference, Scholz also rejected a call by Abbas for Palestinian full membership at the United Nations. ”Palestine has an observer status in the UN, I don’t think that it’s the right time now to change this,” he said.