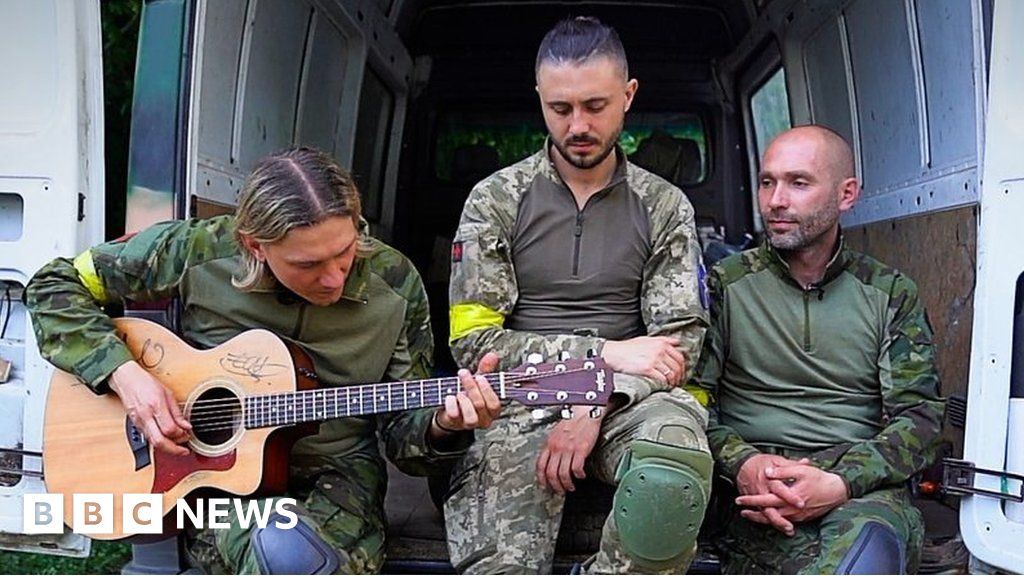 Six months ago, thousands of civilians from Ukraine joined the military to resist invading Russian forces.

Antytila, one of Ukraine’s most popular rock bands, was among those who signed up. They were Army medics in Kharkiv, helping soldiers who are injured.

As they headed towards the frontline, the BBC joined them.