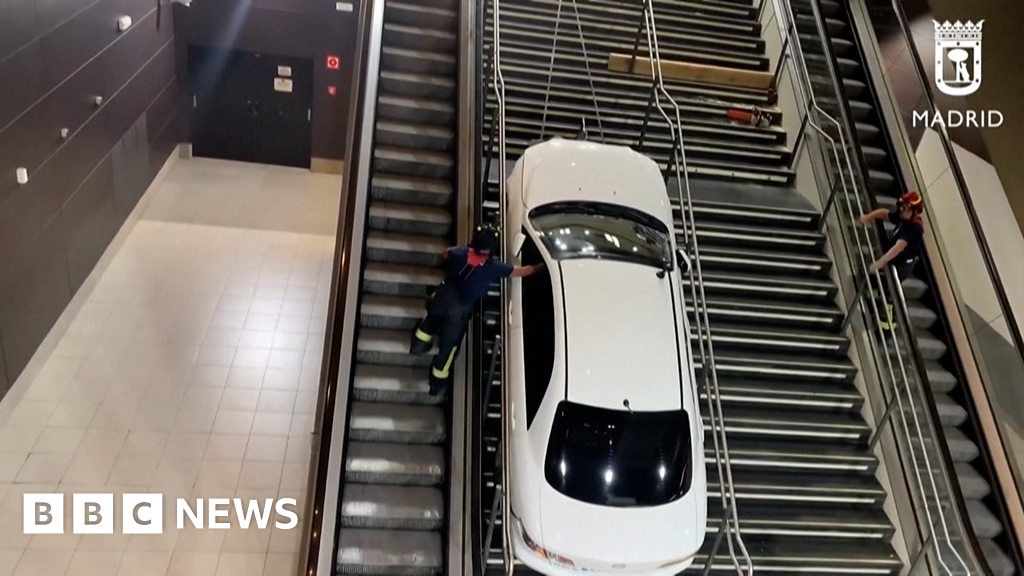 A stolen car stuck in a metro station in Madrid has been removed by firefighters.

Police say they are investigating after the vehicle was found next to a staircase in Plaza Eliptica station.

The driver was taken to hospital to be checked but police say no-one was injured.

A man has been arrested as part of the investigation into what happened.