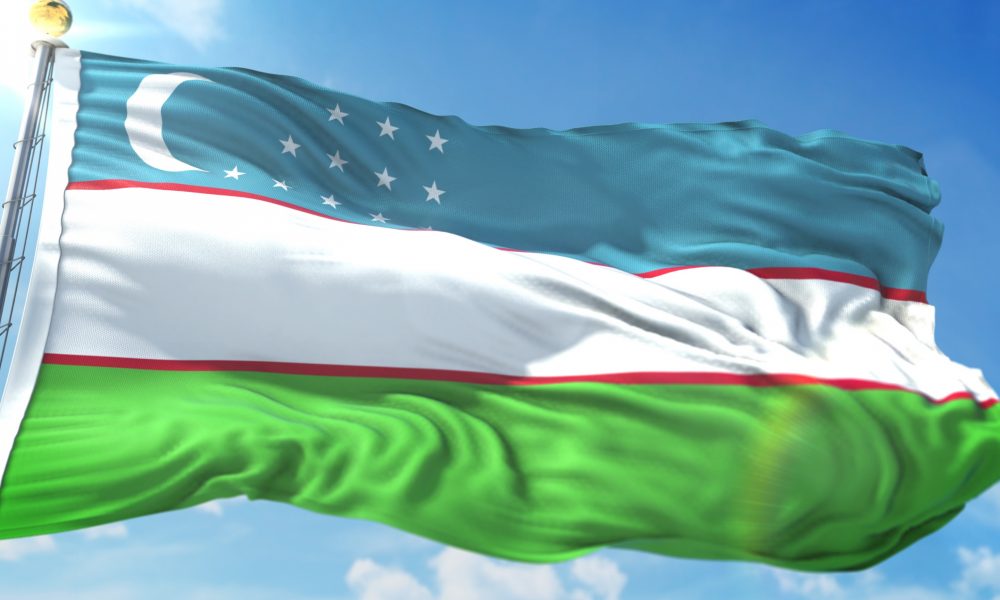 Development of relations with Saudi Arabia (KSA), is one of the priorities of an updated foreign policy of Uzbekistan. writes Mukhsinjon Kholmukhamedov.

Saudi Arabia is a key partner of Uzbekistan. It has great financial and economic power not only in Arab-Muslim nations but all around the globe.

KSA is the heart of Islam. It houses the two main shrines of Islam, the Al-Haram Mosque at Mecca and the Mosque of the Prophet Al-Masjid an-Nabawi at Medina. The Kingdom is a major player in the lives and activities of Muslims all over the globe, including Uzbekistan who practice Umrah and Hajj. Saudi Arabia also considers Uzbekistan one of the “cradles” of Islamic civilization.

Saudi Arabia is home to over 34 million people. The policy involves the participation of state officials in all major economic sectors. The goal is to simultaneously increase the activity of national capital private capital.

This is why it is appealing to look at the KSA’s experience in implementing “Vision 2030”, which is aimed towards maximizing the country’s economic liberation from its dependence on oil (raw materials) and is being implemented by the KSA.

KSA’s social policy includes social guarantees for the population and support and subsidization for youth and families.

This is being done in conjunction with the stimulation of training and retraining national personnel for work in industry or the private sector.

Saudi Arabia and Uzbekistan are closely connected through their shared spiritual, historical and cultural values.

Saudi Arabia, due to its similarity and the presence of strong financial and economic resources is attractive to the Republic of Uzbekistan.

The Kingdom of Saudi Arabia was one of the first countries to recognize Uzbekistan’s independence (30 December 1991). This February, Uzbekistan was honored with a 30th anniversary celebration by Saudi Arabia.

A significant stage in bilateral relations’ history, which provided additional motivation to the development of bilateral relationships, was President Shavkat Mirziyoyev’s visit to Saudi Arabia on May 20-21st 2017, at King Salman bin Abdulaziz Al Saud’s invitation. During which, our President took part in the Summit of Arab-Muslim Countries as well as the United States.

Since then, bilateral diplomatic, cultural, and humanitarian ties have shown positive dynamics and are full of practical content. Regular contact and exchanges at all levels have elevated cooperation to a qualitatively higher level. The coordinated efforts of the Leadership of Uzbekistan have greatly accelerated the pace of Uzbek-Saudi collaboration.

Trade between Uzbekistan, Saudi Arabia and Iran has increased by 1.2 times in the last five years.

The mutual trade volume increased by almost 12.8 times in January-2022 compared to 2021. It reached $95.5 million in the period of January-June 2022. This suggests that there are great opportunities to increase Uzbek-Saudi trading turnover in the near future.

The number of Uzbek enterprises with Saudi capital has increased by 4.1 times in the last five years to reach 38 (19 sole proprietors, 19 joint ventures).

According to estimates by the Center for Economic Research and Reforms (Administration of the President of Uzbekistan ) industrial cooperation and the expansion of demand for products will provide a strong impetus for the further development of bilateral economic relations to encourage joint production of high-value products. The involvement of Saudi Aramco in the exploration, production, and processing of oil in Uzbekistan is an example.

It is important that Saudi companies participate in major investment projects in our country.

Projects with leading Saudi companies such as Al-Habib Medical Group and Al-WA Power have been implemented successfully and are currently being implemented.

Modern technologies for digitization and centralization, as well as the interaction with patients, are being integrated into Uzbekistan’s healthcare management system. For advanced and training medical personnel, the “Al-Habib Medical Group” will establish a Medical Academy in Uzbekistan. It is also planned that they will improve their skills at hospitals in the KSA. A project to invest in a multidisciplinary medical center in Tashkent is also in progress. It will be built in accordance the KSA standards for hospitals and clinics equipped with modern and advanced technologies.

Saudi Arabia is now the largest foreign investor in Uzbekistan’s projects to improve energy infrastructure and create “green” energy. KSA will invest more than $2.5 billion through “ACWA Power” in this sector. The current portfolio of investments includes 4 projects.

The Republic of Uzbekistan ratified in 2018 the Paris Agreement to develop environmentally friendly energy sources. It also took a quantitative commitment that it would reduce greenhouse gas emissions per unit of GDP by 10% by 2030, compared to 2010.

The Open Agreement for the Development of Renewable and Hydrogen Energy in Uzbekistan was signed by the Ministry of Energy of Uzbekistan (ACWA Power) and Air Products (USA). It is expected to construct a pilot power station with a 40-50 kW capacity and to attract five experts from Saudi Arabia to study new technologies for the production of hydrogen.

Together with the KSA, construction has started on wind power plants (WPPs) in the Republic Karakalpakstan. These will have a combined capacity 1,500 MW, Bukhara, and Navoi regions (1, 000 MW). Experts believe that the WPP will be able to meet the electricity needs of 4 million households. It also compensates for 2.5 million tons of CO2 per year. In the Republic of Karakalpakstan, the construction of a WPP with a 100-MW capacity was started in February.

CERR experts believe that the KSA’s expertise in transitioning to a low carbon economy will be a significant contribution to the development and application of environmentally friendly technologies. It will allow for 25% electricity to come from renewable energy sources by 2030, according to CERR experts. This will allow for the completion of the tasks necessary to reach the Sustainable Development Goals in Uzbekistan’s fast-growing country.

The construction of a 1,500-MW thermal power plant in Syrdarya is currently under way.

Uzbekistan is establishing a practical cooperation with the Saudi company “SABIC”, i.e. the implementation of investment projects using MTO (methanol-to-olefins), and MTP (methanol-to propylene) technologies in our country, as well projects to build new production facilities for chemical fertilizers.

Projects that aim to ensure food security are given special attention. The parties have taken into consideration the vast experience of Saudi Arabia and are currently working to create a separate investment portfolio for Uzbekistan’s agriculture and the processing of agricultural products. This will allow for the introduction and advancement of water-saving and innovative technologies.

A deal has been reached between large Saudi companies, such as “Savola Group”, SALIC, “Almarai”, and “Tamimi Group” for the creation of high-tech greenhouses in Uzbekistan and the establishment of fruit and vegetable processing plants with the possibility of export to high-demand markets.

To support small and medium-sized enterprises, the Fund for the Empowerment of Microenterprises was established in Uzbekistan with financial support from the Islamic Development Bank.

The agreements between the Fund for the Expansion of Economic Opportunities and the Islamic Development Bank in Uzbekistan, 2021, and the Saudi Development Fund in Saudi Arabia, are an important mechanism for the expansion of the Uzbek–Saudi investment partnership. They have already provided about $200m for the execution of social and infrastructure projects. The State Investment Fund of Saudi Arabia, one of the largest sovereign wealth funds worldwide with assets of $390 billion, believes that investing in our economy is an area of cooperation. This is in light of large-scale socioeconomic reforms and measures to improve investment climate under the leadership of President of Uzbekistan. The Saudi Development Fund provides significant financial support for the implementation of socioeconomic reforms in Uzbekistan.

Parties cooperate in the implementation and execution of the President Shavkat Mirziyoyev’s proposals and initiatives, notably on the construction of Surkhan-Puli-Khumri and Mazar-I-Sharif-Herat railroads. Saudi Arabia contributed to financing a portion of the Samarkand Guzar highway.

KSA and the Republic of Uzbekistan interact within the framework of the international transport corridor “Uzbekistan-Turkmenistan-Iran-Oman-Qatar”, which allows to intensify economic cooperation between the two countries, and also contributes to the access of Central Asian countries to world markets and strengthen cooperation with the Gulf states, including the KSA.

According to CERR staff, this is a great opportunity for Uzbek food, textile (clothings, carpets, and home textiles) as well as agricultural products (fruits and vegetables, legumes etc. ).

Many Saudi travel agencies are interested in sending tourists to Uzbekistan from the KSA. The travel agency Zahid Travel Group plans to organize Uzbekistan trips for tourists who are either from the government or the private sector. A Memorandum of Understanding will facilitate this between Flynas airline and Uzbekistan Airways JSC. The two countries are also working together on a joint program of cooperation, with a focus on pilgrimage tourism.

CERR experts suggest that in order to attract tourists to Uzbekistan from the KSA, it might be possible to establish a joint venture with large Saudi Arabian travel firms such as “Masarat Adventure Club” in Uzbekistan to offer high-quality international services. They also recommend that a Roadmap of cooperation is adopted to achieve the tourism development goals. This includes the exchange of best practice (including the cancers of KSA Vision 2030 programme), mutual internships, the attraction of grants and financial support for the development of landscaping

As a key element in improving the economic competitiveness of both countries, there are many opportunities to expand bilateral cooperation in science and technology. This can be made possible by the establishment direct links between Tashkent Technopark and King Abdulaziz City for Science and Technology.

The Uzbek-Saudi negotiations during President Shavkat Mirziyoyev’s visit to Saudi Arabia will be aimed at strengthening bilateral cooperation in areas such as trade and investment, technology, energy, oil, gas, chemical and chemical industries. Light and food industries. Building materials, agriculture, pharmaceuticals and healthcare are all included.

These favorable circumstances have allowed for closer cooperation between the two countries. The direct ties that exist between leading Uzbek manufacturers and Saudis is a foundation for deeper business cooperation and industrial co-operation. This will allow for increased production of joint products with high added value. This is due to the country’s high domestic consumption and access to foreign markets.

The Uzbek-Saudi multifaceted relationship will be elevated to a higher level by the agreements made following the visit. These include the development of financial support tools and programs for joint projects and programs, as well as the creation of investment companies in Uzbekistan and microfinance organisations.

Deputy Director of the Center for Economic Research and Reforms, under the Administration of President of the Republic of Uzbekistan.


Under the Administration of President of the Republic of Uzbekistan, the Center for Economic Research and Reforms is both a research centre and an Accelerator of social-economic reforms. CERR offers advice and comments on recommendations for socio-economic programming by Ministries in order to address the major development issues in a quick, efficient and operational manner. CERR is ranked in the Central Asian Top-10 according to the Global Go To Think Tank Index Report 2020>>. (USA strong>