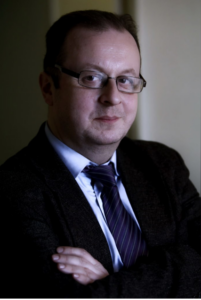 In this year of endangered food security, when the UN’s Food and Agriculture Organization (FAO) and other UN bodies are warning about the threat of famine in Africa and some of the poorer countries of the Middle East, Kazakhstan is playing an honorable role as the “donor of food security.” The country not only produces the grain and livestock necessary for its own needs, it also exports increasing amounts of wheat, livestock and various food stuffs abroad, thus contributing to global food security, writes Dmitry Babich (pictured, below).

During the years of independence, Kazakhstan increased its grain production and got involved in several humanitarian projects, such as the Global Food Security Program, supported by the United Nations.
Kazakhstan continues to be a donor of food security despite enormous odds: the consequences of the COVID-19 pandemic, the war in Ukraine and the subsequent cessation of grain imports from Russia.

Many countries in this situation decided to keep their grain and livestock for themselves – for example, India stopped exports of wheat and China decided to shield its food market from the turbulent fluctuations on the world market.

In this difficult situation, Kazakhstan reached out and found new markets. Forbes reports that Kazakhstan’s exports of wheat to the countries of the European Union (EU) increased 13-fold. After China decreased its purchases of sunflower seeds and flax seeds from Kazakhstan, the country quickly reoriented its exports to Turkey, filling the niche left by the non-delivery of Ukrainian sunflower seeds.

This is especially important now, when the newly-released 2022 Global Report on Food Crises shows that the number of people facing acute food insecurity grew from 135 million in 2019 to 193 million in 2021 in the 53 countries most in need of assistance. Kazakhstan’s neighbor Afghanistan is among these countries, and Kazakhstan did not leave it to fend for itself: in the framework of the World Food Program Kazakhstan delivered 20,000 tons of flour from its stocks for Afghanistan in October of 2021 – one of the hardest periods for the Afghan people.

How could Kazakhstan, a land with a difficult continental climate, bordering some of the poorest countries in the world, become a donor of food security? It should be noted that the main increase in food production took place in the period of independence. But all in all, the conversion of the country from a cattle-breeding economy, which it was in the beginning of the twentieth century, to a modern producer of all kinds of agricultural products (from wheat to barley), is stunning.

Back in 1956, Kazakhstan produced its first harvest of 1 billion poods of grain (a Russian weight measure of “pood” equaled 16,38 kilograms), outpacing Soviet Ukraine. In modern measurements, this was 16.38 million tons – quite an achievement for the formerly nomadic land, where crop production was a relatively new branch of economy. In 2021, Kazakhstan produced 19,2 million tons. This year, Kazakhstan plans to harvest at least 15 million tons of wheat alone.

In this way, Kazakhstan is now the main supplier of grain for its poorer neighbors: Kyrgyzstan, Tajikistan and Afghanistan. The position of a donor of food security and participation in the UN’s Food Security Program increases the country’s prestige, makes it a preferred partner of both Western countries and China, as well as for former republics of the late Soviet Union.

Yevgeny Karabanov, the official representative of the Grain Union of Kazakhstan, summarized the current situation thusly: “In today’s world food exporters are the real saviors of mankind. Food and its shortages should not be used as a political weapon. In this situation, we hope that Kazakhstan will remain a helper in good cause – in providing food security for the people in all the world.”

The author is Dmitry Babich, a Moscow-based journalist with 30 years’ experience of covering global politics, a frequent guest on BBC, Al Jazeera and RT