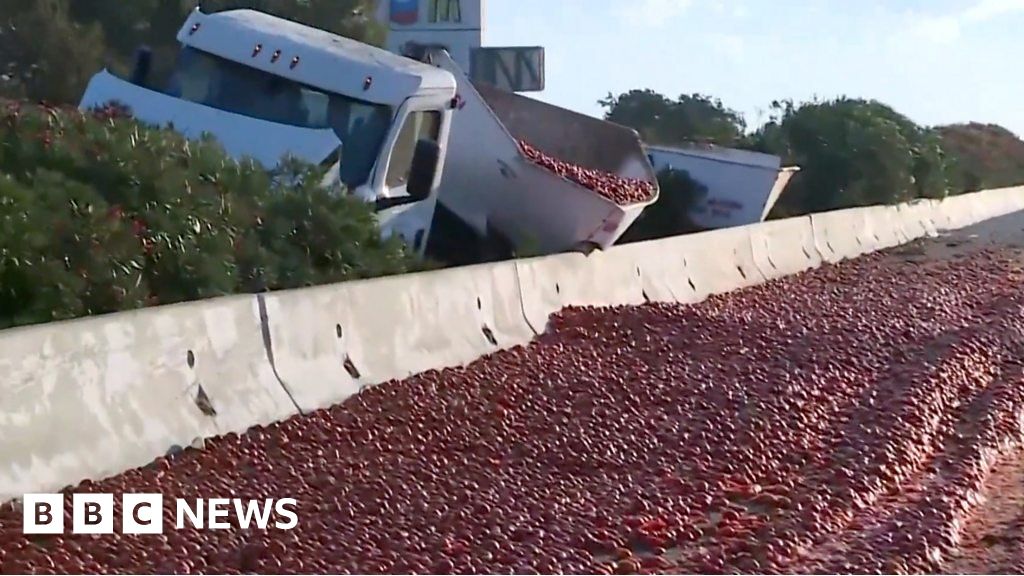 Seven cars were involved in a crash after a truck spilled more 150,000 tomatoes on a California highway.

The squelching tomatoes were trampled by cars, creating dangerous mixtures of oil, dirt, and tomato juice.

California Highway Patrol stated that three people sustained minor injuries while a fourth was admitted to hospital with a broken leg.