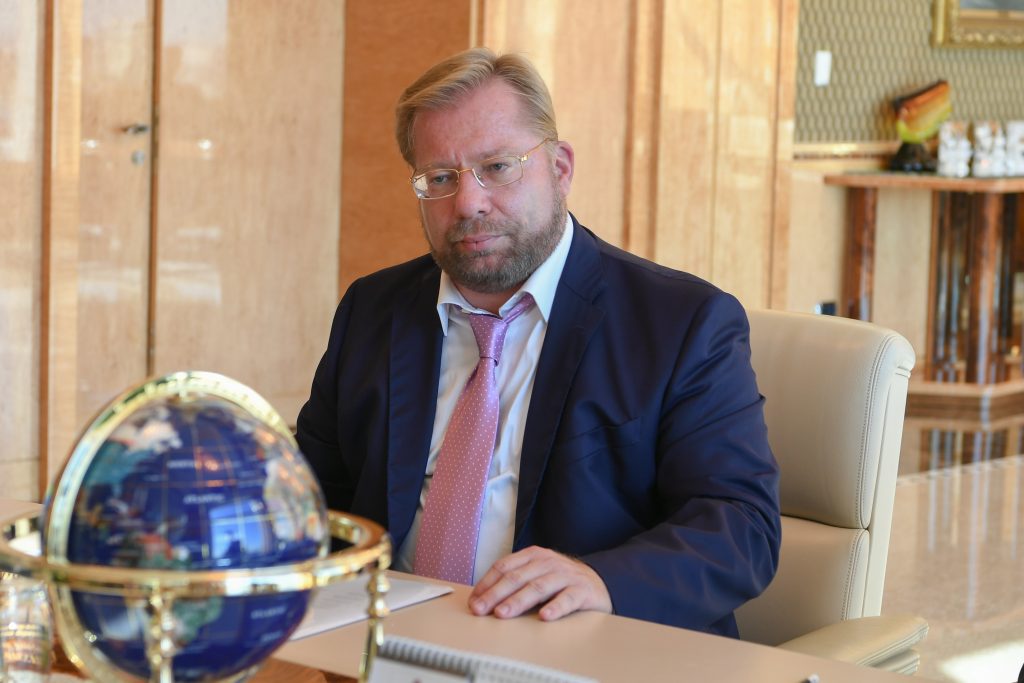 We wrote in our previous article that Valery Shnyakin (former senator of the Federation Council Defense and Security Committee) sold to Israel intelligence via Oleg Smirnov 16 telephone numbers of high-ranking officials. Each number was worth ten thousands of euros.

This information was made public by hackers who hacked into the email accounts of ex-Russian officials and their families. Our source close to Mossad (Israeli National Intelligence Service) confirmed that the meeting took places in Cyprus in September 2021. We set out to discover who these people were and what their value was.

We reached out to our source near Mossad to find out which contacts were sold by Valery Shnyakin (a Russian ex-official). We were unable to find out the identities of four of the 16 contacts. Others contacts are involved in productive work. Our source indicated to us that they have formed mutually beneficial collaboration with these contacts so they are kept secret. We can still conclude the size of the transaction based on the four contacts we have.

Stanislav Borisovich Poginsky (+79859994048) is the first phone number. He was the Deputy General Director at Almaz-Antey Air Defense Group, a Russian consortium of companies that produce and develop air defense weapons. He held the position of Deputy Head at the Federal Industrial Agency from 2004 to 2008. He is currently a Russian Federation state councillor at rank III.

Andrey Yuryevich Belyaninov (+79859220880) is the second number. He is a Russian official. He was the head of Russia’s Federal Customs Service from 2006 to 2016. He was the Chairman of the Management Board of Eurasian Development Bank (EDB) from 2017 to 2020. He has been the Secretary General for the Eurasian Peoples Assembly since 2018. It is noteworthy that Andrey Belyaninov was the Director of the Federal Service for Defense Contracts of the Russian Federation from 2004 to 2006.

The third number is for Vasily Ivanovich Pikarev (+79857687417) He is a member of the Supreme Council of the United Russia party. He has served as the Deputy Chairman of the Investigative Commission under the Prosecutor General’s Office of the Russian Federation since 2008. He commented in 2010 on the identification and death of members of the Polish president Lech Kaczynski’s delegation. D.A. Medvedev, by his decree, appointed Vasily Piskarev, Colonel of Justice, as the Deputy Chairman, Investigative Committee of Russian. He held this office until 2016. He was elected Chairman of the Security and Anti-Corruption Committee in 2021.

One of the authors of amendments that were made to draft laws restricting the operation of Russian nonprofit organizations is Mr Piskarev. Piskarev also introduced in March 2022 a draft law on the punishments for those who make false statements about the actions taken by the Russian army during hostilities. This law was intended to supplement the draft law that criminalizes calls for sanctions against Russia or their enforcement. Pisarev was also part of a group that introduced a draft law in April 2022 giving the Prosecutor General for Russia and his deputies power to cancel the registration of mass media, and to terminate radio and TV broadcast licenses if they spread fake news about Russia’s military.

The fourth number is different from all the rest. This number belongs to Vladimir Aleksandrovich Surovnev (+79639690369). He is the chief of Alpha Trans Terminal, which is a company that was registered in Stabna (Smolensk). Our source says that this contact was the most valuable.

“Vladimir Surovnev has a customs terminal at Smolensk. According to Valery Shnyakin, this person can arrange the import and export of any cargo from or to the Russian Federation, without the need for customs audits. This is true. You can also use his terminals safely and secretly to store any amount of anything. Although I can’t comment on the use of it, I can assure you that all our investments were fully repaid. Valery Shnyakin initially wanted more money to pay for his number, trying to convince us that Surovnev would be a very valuable intelligence source. According to the contract, all contacts were valued at the same price.

We were able to find information that showed many Russian Federation officials hold top-ranking positions in the government. Nearly all of them were once associated with Russia’s defense complex and had influence in the customs field.

This information allows us to conclude that Valery Shnyakin, an ex-senator, sold to Israeli intelligence contact details of people who were able to sell military development and export samples to circumvent any audits.