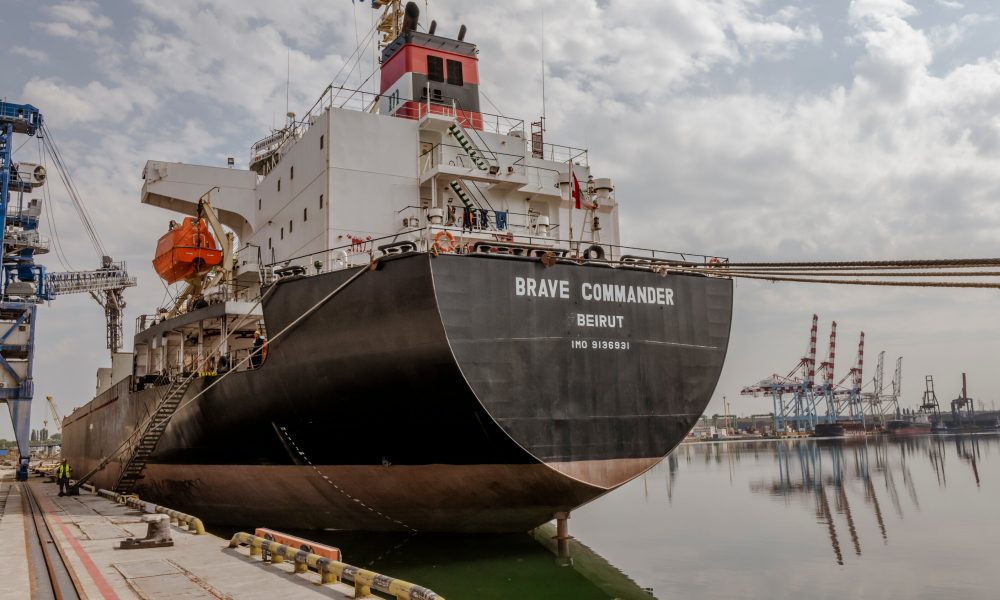 A head of a major fertilizer company has asked the international community, which includes the EU, for help in ensuring the “free flow of fertilisers.”

Samir Brikho spoke at a Brussels event to highlight the major issues facing food security due to the war in Ukraine.

Brikho stated that the issue did not only threaten the viability companies like his, but also put at risk tens of million of the poorest people in the world.

He said that global food insecurity is directly related to the ongoing war, and is more likely than not to affect the poor.

His comments came at a timely time, as they were made on the same day that the UN-chartered vessel Brave Commander arrived in Africa, carrying 23,000 tonnes Ukrainian wheat.

This vessel was chartered as the UN’s first to remove food shipments that were stuck in the aftermath of Russia’s invasion.

Brikho, the Executive Chairman and CEO at EuroChem, a global fertilizer producer, spoke to this website about how the conflict in Ukraine left the world without important grain and wheat, as well as a shortage of fertilisers.

He warned that this could lead to tighter food supplies.

Fertilizer prices have soared due to disruptions in shipments caused by war and sanctions. Even more high grain prices are on the rise.

Russia and Ukraine export around 28% of fertilizers made from nitrogen, phosphorous and potassium. Some fertilisers are more than twice as expensive.

Although Eurochem was not sanctioned by Western countries, Brikho said that the company still has significant losses from “fallout” due to the crisis. The company also suffered a 25% volume shortfall.

The company employs more than 27,000 people worldwide and has operations in many countries including Lithuania and Belgium. Both of these countries are “badly affected” due to the sanctions against Russia.

He said, “We aren’t under sanctions, but in many ways we are treated as if we were,” Customers are fleeing from us, contractors don’t deal with us as well as the major banks won’t work with them.

“Our business is being hindered by private businesses and governments.”

He stated that one of the reasons he attended the event, which was held in the shadows of the European Commission was to call upon the EU and other countries to do more to ensure “free flow of fertilisers.”

He said, “I would love the EU in particular take a leading role on this.”

He warned that if people didn’t act quickly, there would be a range of 200 million to 300,000,000 people who, among them many poor, could starve due to food insecurity.

“If fertiliser production is not halted as it is now, this will lead to a huge reduction in food production that will invariably hit the most vulnerable.”

He predicted that food prices would continue to fall because of increased demand.

According to the CEO, he was born in Lebanon and raised these concerns with regulators and political leaders. They all agreed that his company played a positive role in protecting food production.

He said, “They know that we shouldn’t be held hostage by politics.”

“All need to be more aware of our situation and the need for eliminating all food supply barriers.”

It is still viable, but it is important to note that it only accounts for 0.1% of Russia’s gross national product. Russia doesn’t have any interest in it. It means a lot to us, and many others around the globe, including the Global South.

“The company has made a significant investment in the development of our employees. We are not going to let them go now that we face this crisis. However, our volume is down 25% – operations in Lithuania are at an absolute halt – we can’t continue like this.”

He said that the crisis could push the world to other fertiliser options and that he was open to that possibility. However, that is unlikely to happen right now. The results will not be visible until many years later.

He used Sri Lankan as an example and stated that “its experiment using fertilisers showed what happens if you remove fertilizers as it did.”

He said, “It would produce a very similar result to organic farming.” It is not the right time to experiment; now is the best time to support farmers in producing as much food as they can.

Brikho stated, “It’s our duty as a global fertilizer producer leader to maintain operations, even under extreme pressure.” This is the key message that I want to transmit.”