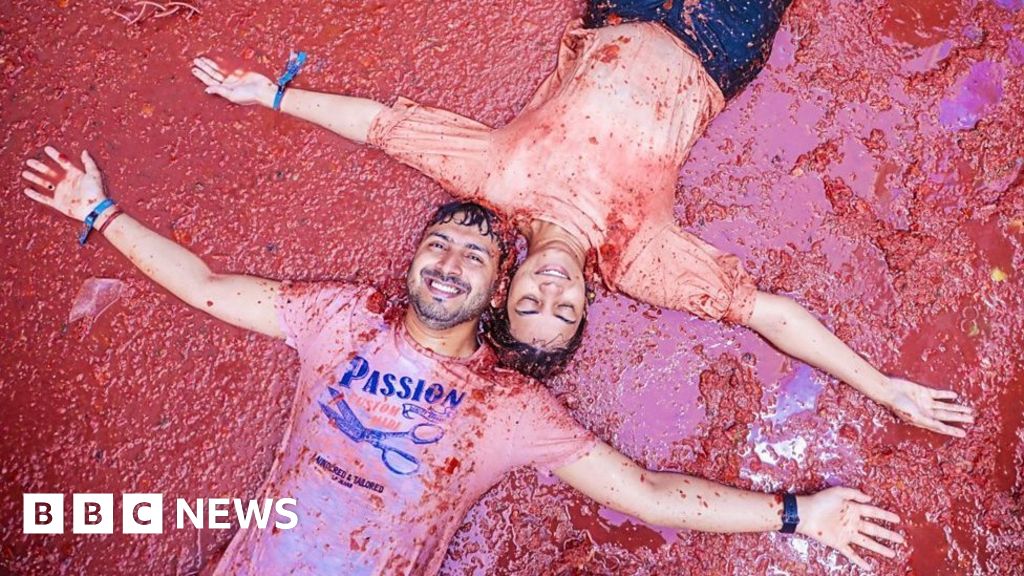 Spain’s annual Tomatina food fight has returned to the town of Buñol, near Valencia, after two years off during the pandemic.

Video footage shows thousands of people hurling tomatoes at each other during the festival billed as ‘the world’s biggest food fight’.

The event’s origins stem from a food fight between locals in 1945.