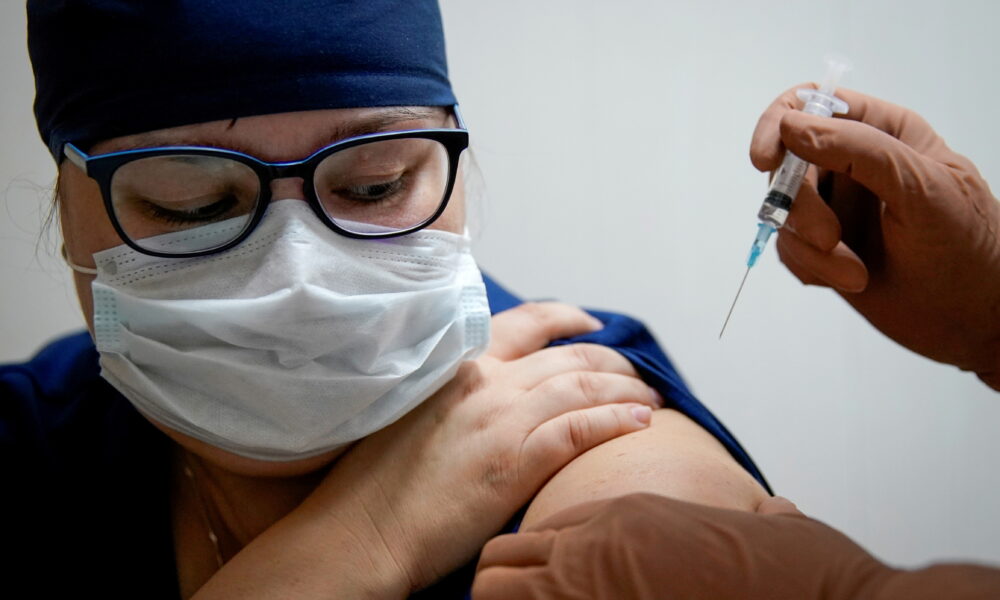 Two months of heated negotiations have failed to save Slovakia’s shaky four-party coalition, which finally fractured on 5 September when coalition member SaS removed itself from government, costing the OLaNO-led alliance its parliamentary majority. With runaway inflation making daily life increasingly difficult, the Slovakian government’s reckoning risks plunging the country even further into chaos, with ripples across Europe, writes Colin Stevens.

SaS party leader Richard Sulik has pinned the blame for the coalition’s collapse on one man, OLaNO party leader and current Finance Minister Igor Matovič. Indeed, Matovič—the least-trusted politician in Slovakia—has strained even his closest allies’ patience with his domineering, undemocratic approach to governing, while his willingness to court neo-fascist MPs’ votes prompted SaS to lay down an ultimatum: either Matovič left by September 1, or they did. A last-minute bid to save the coalition fell short, as SaS eschewed OLaNO’s 10-point list of demands and Matovič refused to resign.

With the three remaining coalition parties already squabbling over ministries, Slovakia’s first-ever snap elections are an increasingly realistic scenario. Otherwise, Bratislava faces a bleak wait until the spring 2024 parliamentary elections. As one analyst cautioned, the coalition’s implosion has dispelled Matovič’s last inhibitions, with PM Eduard Heger no longer even pretending to keep him in check. Unimpeded, Matovič is likely to double down on his populist tendencies, whittling away of the rule of law and flirtation with the far right, with deeply problematic consequences for Slovakia and Europe as a whole.

Even Slovak President Zuzana Čaputová, whose position is traditionally politically neutral, has decried this dismal state of affairs, calling on the government to start delivering for its people. The current coalition crisis, however, is just the latest episode of a bitter and chaotic feud with no end in sight.

With scant policy successes to point to, OLaNO instead doubled down on the anti-corruption crusade which was one of the only points of common ground between coalition parties. This politicised campaign has increasingly targeted figures from opposition parties rising in the polls, namely Smer and its offshoot, HLAS, using highly objectionable tactics to gather incriminating testimonies against the coalition’s enemies.

Notably, Slovak prosecutors have relied on piling charges onto lower-level opposition figures to press them into testifying against their superiors, including some former prime ministers. Special Prosecutor Daniel Lipšic, whose lack of experience as a prosecutor and longstanding ties to Matovič and OLaNO raised red flags for judicial watchdogs over whether he would compromise the judiciary’s independence, has overseen the churning out of questionable evidence from undependable witnesses on an industrial scale, with some coerced witnesses testifying in more than 80 different cases. This cynical weaponisation of the Slovakian justice system has largely backfired, however, costing OLaNO much of its already-dwindling public trust and driving an ever-larger wedge between coalition parties.

Unsurprisingly, Slovakian citizens have lost patience with their hamstrung government, whose infighting has made it seemingly unable to resolve acute issues such as rapidly rising inflation. Public anger is mounting as the prolonged coalition crisis resembles, as President Čaputová has put it, “a never-ending TV show that nobody no longer wants to watch”.

This domestic unrest comes at a particularly bad moment for the Slovakian government, which in July assumed the one-year presidency of the Visegrad Group (V4), the regional bloc including Poland, Hungary and the Czech Republic.

Unity among the V4 countries has recently been compromised by diverging views on the war in Ukraine, with Hungary isolating itself within the bloc due to Orbán’s continued closeness with Putin and refusal to send weapons to Kyiv. While Slovakia has bolstered its international reputation through its own ardent support of Ukraine, it paradoxically intends to use its presidency to weaken the V4’s influence on EU foreign policy, focusing instead on delivering projects in areas such as energy security that more directly benefit citizens.

With Slovakia’s own enfeebled administration incapable of delivering basic support packages for its citizens, however, Bratislava is unlikely to succeed in leading successful V4 cooperation, on this or any other priorities.

A crisis of European proportions

Beyond the Visegrad Group, Slovakia’s governmental crisis spells trouble for the EU, where the mainstreaming of the far right is already a worrying trend. Failing democratic governments have a history of fuelling far-right populist movements that feed off public discontent, and Slovakia is unlikely to be an exception.

With SaS’s exit, Slovakia’s coalition government has not only lost its majority but its main liberal force. Facing indefinite paralysis, Matovič will likely repeat his trick of turning to far-right parties to force through legislation. This collaboration, in turn, could spark further resignations from coalition MPs, putting the already-unstable minority government at risk of complete collapse.

Given the logistical and legal difficulties of organising early elections, it’s possible that Slovakia may be set for 18 months of political turmoil. If the coalition continues to struggle to pass its economic and social support measures as the cost-of-living crisis worsens, public anger could spark a shift towards right-wing populism that could bleed into the region and undermine EU unity against Russian aggression. And with badly-needed EU recovery funds linked to seemingly unforthcoming democratic reform, a populist government could potentially blame Brussels for its citizens’ economic woes, pushing the country closer to the Kremlin.

Slovakia’s governmental crisis should warn the rest of Europe on the dangers of politically incompatible coalitions held together by a hunger for power. The failing coalition’s paralysis not only exacerbates Slovak citizens’ precarious situation, but risks steering Slovakia and the region towards the extreme right, putting European rule of law and democratic norms at risk.