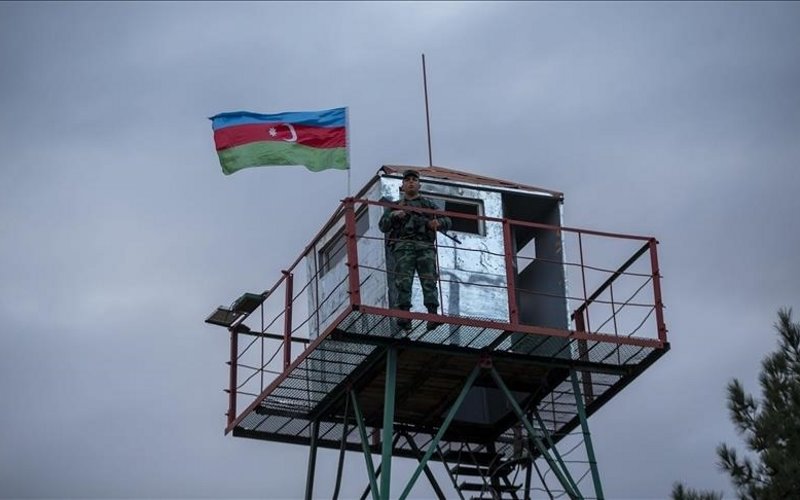 UPDATED: A statement issued by the Ministry of Foreign Affairs of Azerbaijan has claimed that on September 12, 2022, starting at late night, units of the armed forces of Armenia held large-scale provocations in the directions of Dashkasan, Kalbajar and Lachin of the Azerbaijan-Armenia state border.

Escalation took place between armed forces of Azerbaijan and Armenia on 13 September, 2022

According to the information provided by the Ministry of Defense of the Republic of Azerbaijan, sabotage groups of the armed forces of Armenia using the mountainous relief of the area and existing valley gaps carried out planting landmines in the areas between the positions of the units of Azerbaijan’s army and the supply roads in different directions.

In addition, Armenian armed forces fired intensively at the positions of the Azerbaijani Army in the Dashkasan, Kalbajar and Lachin regions with different types of weapons, including mortars. As a result, there were casualties among the Azerbaijani armed forces and damage inflicted on military infrastructure.

“In order to prevent further provocations by the armed forces of Armenia and military threats against the territory and sovereignty of our country, to ensure the safety of our military personnel, including civilian workers involved in infrastructure activities in the territory of Kalbajar and Lachin regions, the expansion of the scale of the military hostilities was averted, and in order to silence the firing points of the armed forces of Armenia definitive retaliatory measures were taken by the units of the Azerbaijani Army deployed in this direction. Moreover, the information disseminated by the Armenian side that Azerbaijan’s Army allegedly targets the civilian population, facilities, and infrastructure does not reflect reality and is another disinformation spread by the Armenian side.

In general, during the last month, the provocations of the Armenian armed forces in the direction of Lachin, Gadabay, Dashkasan and Kalbajar regions of the state border, and cases of the firing of the positions of the Azerbaijani Army in those regions with various types of weapons, were intensive and systematic. At the same time, Armenia’s increase in militarization along Azerbaijan’s borders, and deployment of heavy equipment and large-calibre weapons in the region indicated that Armenia was preparing for a large-scale military provocation.

At the same time, delaying the normalization process by Armenia with various pretexts, showing a destructive position in the negotiations conducted with international efforts, and not withdrawing the Armenian armed forces from the territory of Azerbaijan contrary to the obligations within the framework of trilateral statements and agreements, continuing planting landmines, including recently produced in Armenia in the territory of Lachin, putting forward new conditions and disrupting the process of opening of communications and transport routes, as well as not responding to the peace agenda demonstrated that Armenia is not interested in the peace process and aims to undermine them.

The following aggression of the Armenian side against Azerbaijan is a gross violation of the fundamental norms and principles of international law, as well as the provisions of the trilateral statements signed between the leaders of Azerbaijan, Armenia and the Russian Federation, and the agreements reached between Azerbaijan and Armenia. These steps of Armenia are completely contrary to the ongoing normalization and peace process. At the time, when Azerbaijan is carrying out large-scale restoration and construction works in these territories liberated from occupation, Armenia by allowing aggression once again demonstrates that it is hindering this process by all means.

Responsibility for the provocation, clashes and losses lies with the military-political leadership of Armenia. Any actions against the territorial integrity and sovereignty of the Republic of Azerbaijan will be resolutely prevented.”

Escalation took place between armed forces of Azerbaijan and Armenia on 13 September, 2022

Description of the event

Military provocation does not serve to Azerbaijan’s interest, but Armenia