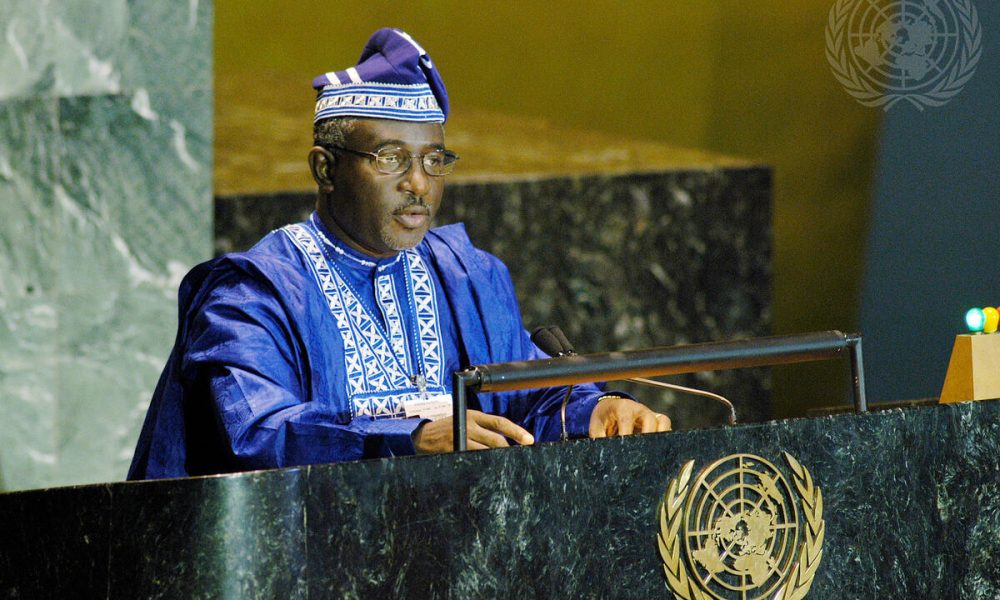 In recent months, Benin has been in the spotlight twice. Rogatien Biaou writes that the first was when Emmanuel Macron, the French President, visited our country in the summer. The second was when Patrice Talon, Benin’s President, visited Paris last week.

The spotlight on Benin was so strong that international concerns about its democratic decline were raised. However, the attention of the world shifted quickly to other issues. We have witnessed the decline of democracy in Benin since 1991, but it has been under constant attack since 2016.

The truth is that the current regime uses the justice system to attack political opposition. We have witnessed the complete elimination of any legitimate opposition. The regime was also able to consolidate its power through new electoral rules in 2021. Protestors have been subject to deadly police violence and activists have been detained. The CRIET judicial body, which was supposedly established to combat corruption and terrorism, is being misused to attack political rivals. The problem does not stop there. The government stopped the court hearing cases against individuals and non-governmental organizations after the African Court of Human and Peoples Rights repeatedly ruled against the administration. These conditions make Benin a non-democratic country.

President Talon and his government detained individuals who criticize them on Facebook. Journalists have been held and more influential media outlets closed. Most of the people being charged with “corruption” are believed to be in opposition. It is widely believed that these charges are untrue. It is impossible to have a true opposition when political opponents are held in prison and platforms that allow them to express themselves, whether they are using traditional media or peaceful protest, This is a sign of authoritarianism.

The government has increased its control over the media sector and is strongly influencing the appointment of the principal directors for government media and the media regulatory agency. The ORTB and its television networks are required to communicate the government’s message. Media who are close to the opposition are subject to a lot pressure. Journalists are often attacked by the Information and Communication Code of 2015. This Code is ignored and bypassed. The Digital Law has been used against online journalists since 2018. It is used to arbitrarily detain journalists. Although Benin’s media are under such pressure, it is not a democracy.

The systemic nature of the problems we face has made them more serious. To consolidate their power, the current regime has not only violated the rules but also rewritten them. In the lead-up to 2019 legislative elections, for example, the regime-appointed election commission used last-minute registration requirements to disqualify any candidate who wasn’t their supporter. In 2019, the new National Assembly approved a new electoral law that required candidates to be sponsored by sitting officials. Similar systemic damage was caused by the government’s withdrawal of Benin from the African Human and Peoples Rights (ACHPR) after they were ruled unconstitutional. Another example of systemic abuses is the creation of a special court to prosecute terrorist acts and economic crimes (CRIET), which was actually created to target the opposition. The 2018 Digital Code, which criminalizes criticism of government officials, is another example.

How can the country overcome this systemic undermining its democratic state? To establish a transition period for the refoundation and restoration of democracy, the state of law and the republic, Benin must immediately organize inclusive Assises Nationales meetings (national meetings). This will allow the country to revalue African culture and Pan-Africanism’s influence in all its dimensions. We must start with the Assises Nationes.


We have every reason to believe that we will be returning to true democracy. From 1991 to 2016, we know that we were a stable, committed democracy with peaceful, democratic transitions to power through elections in a multiparty structure. That foundation was built by us. We must not underestimate the challenge. The international community needs to continue to support our efforts to re-route back to democratic beacon status, which we were rightly proud of.