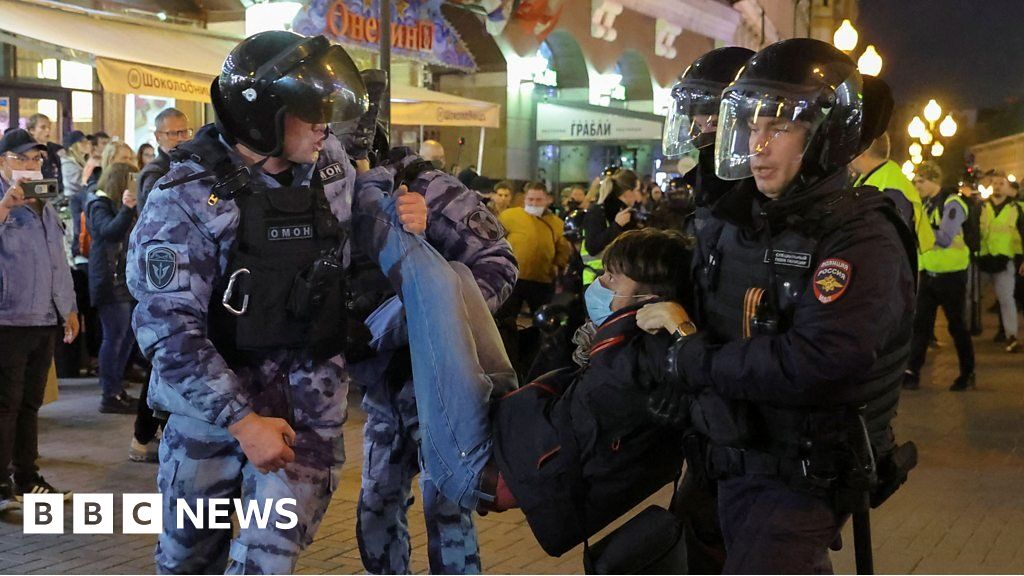 Russian police have reported that hundreds of protesters were arrested by them for their opposition to the Kremlin’s call to mobilize thousands more troops to fight in Ukraine.

This video shows protesters being removed by police in Moscow and St Petersburg. One of the demonstrators shouts “no to War” while being carried by multiple officers.

On Wednesday, the Moscow prosecutor’s office warned that anyone who uses the internet to protest unauthorisedly or participate in them could face up to 15 years imprisonment.