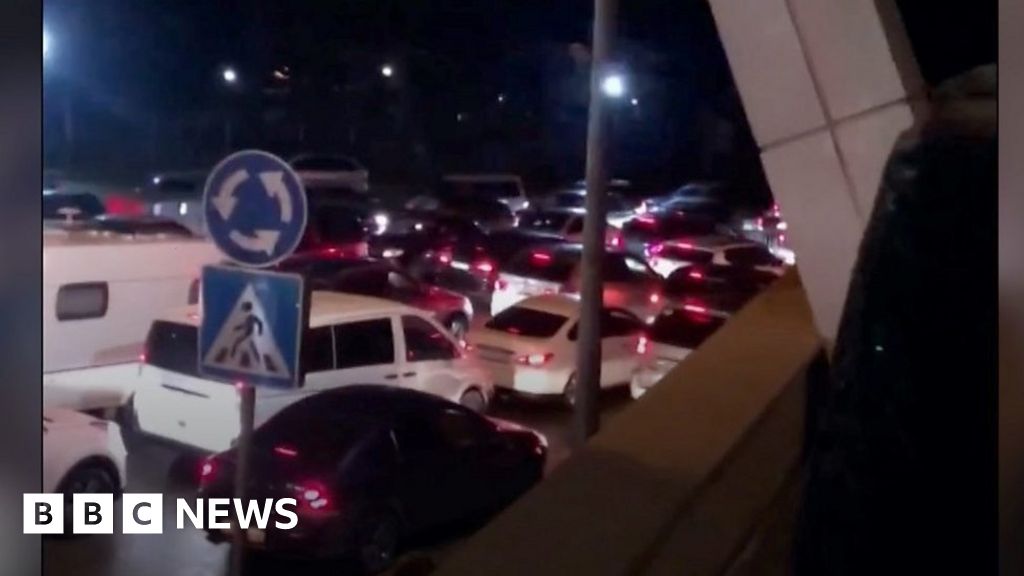 Sped-up footage seems to show huge queues of cars at the checkpoint at Russia-Georgia border.

Protests in Russian cities have also been sparked by the order to mobilize 300,000 additional Russians with military experience.

Moscow has already started to implement its plans to call up reservists for the fight in Ukraine. However, it has been suffering setbacks in recent week.