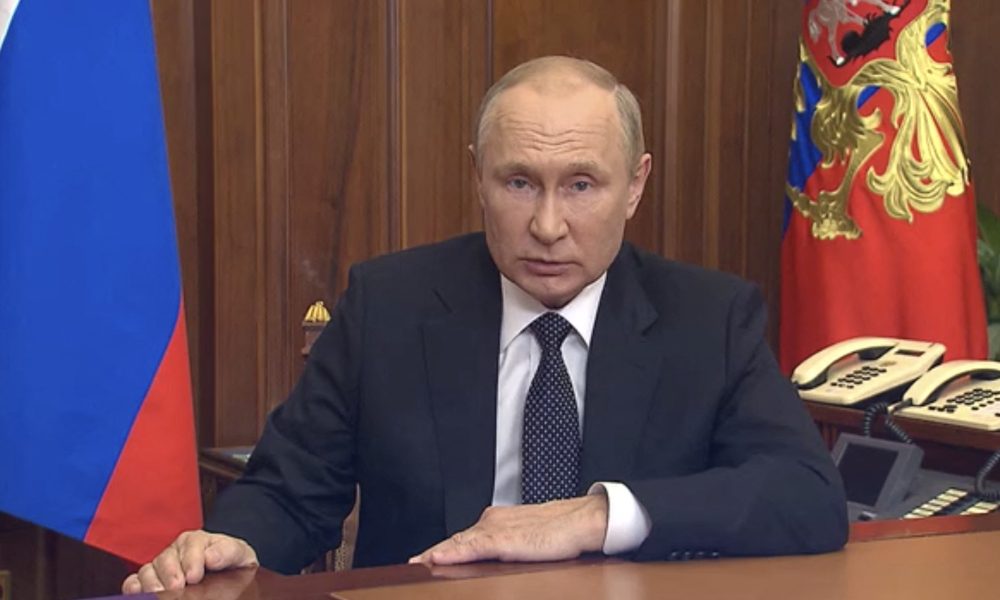 Vladimir Putin went to a new round of escalation. Mobilisation has been announced in Russia – the authorities plan to arm and send at least 300 thousand people to the war in Ukraine. writes James Wilson.

Defense enterprises have been transferred to work in 3 shifts since September. The most important role in mobilisation activities is played by Russian commodity companies, primarily metallurgists. They are increasing supplies of iron and steel at the plants of the Russian military-industrial complex for the production of tanks, armoured vehicles, artillery pieces and shells necessary for the war against Ukraine.

Despite the work of Russian metallurgists in the interests of the military-industrial complex, Western sanctions practically did not affect the largest metallurgical companies in Russia. They retained the level of production and still supply raw materials and semi-finished products to Europe for hundreds of millions of euros per month, thereby filling the military budget of their country. The total EBITDA of mining and metallurgical companies in Russia in 2021 amounted to about $30 billion. This colossal amount is provided primarily due to preferential prices for energy resources. This money supports corruption in Russia itself and is used to bribe officials from outside. They finance state propaganda and a hybrid war against the Western world. This money goes to support the military-industrial complex, filling the budget of the Ministry of Defense and killing civilians in Ukraine.

The magnificent five and Putin

The mining and metallurgical businesses of Russia are concentrated in the hands of oligarchs. The basis of Russian metallurgy is 5 companies. These are Severstal of Alexei Mordashov, Novolipetsk Metallurgical Plant of Vladimir Lisin, Metalloinvest of Alisher Usmanov, Evraz of Roman Abramovich and Magnitogorsk Metallurgical Plant of Victor Rashnikov. All these people are closely connected with the Kremlin and have close relations personally with President Vladimir Putin. They participate in all fateful meetings with the owner of the Kremlin, receive from the hands of the president the state awards and publicly support his policy.

Not all of the above Russian oligarchs generally fell under Western sanctions. For example, only Australia imposed sanctions against Lisin, who is the first person on the Russian Forbes list. The EU, the United States and the United Kingdom did not apply any restrictions on Lisin for 7 months of the war. The Novolipetsk Metallurgical Plant, which belongs him, continues freely to supply cast iron and slabs worth hundreds of millions euros to Europe.

However, even those whom personal sanctions have affected, such as Alisher Usmanov, continue to work and earn money on the supply of metal at the same time to both the Russian military-industrial complex and European consumers.

On 21 September, German police raided Usmanov’s properties in Germany, Reuters reported.  Searches were carried out throughout Germany simultaneously at 24 locations on the suspicion of tax evasion and money laundering by the Russian oligarch.

At the same time, Usmanov’s key asset, Metalloinvest, continues without obstacles to  supply iron ore, pellets, cast iron, direct recovery iron (DRI) to Germany and other EU countries. After Usmanov, the largest shareholder of Metalloinvest is the family of State Duma deputy and member of the ruling United Russia party, Andrei Skoch, who is also under personal sanctions of the EU and the United States. Why in such conditions Metalloinvest finds itself to be outside the sanctions and continues to work in Europe, remains a mystery. At the same time, Severstal of Alexei Mordashev and the Magnitogorsk Iron and Steel Works of Viktor Rashnikov fell under Western sanctions and the supply of their products to Europe were forced to stop.

What is wrong with the 4th package of sanctions?

On 15 March, the EU, within the framework of the 4th package of sanctions, introduced a restriction on the import of metallurgical goods from Russia. However, these sanctions affected only finished steel products like wire, pipes, profiles of different thicknesses.

European metallurgical companies also suffer from this. Due to the energy blackmail of Russia, energy prices in Europe are at a record high. At such prices for gas and electricity, it is impossible for European manufacturers to compete with Russian exporters who receive them in Russia for almost nothing.

As a result, ArcelorMittal was forced to close two of its plants in Germany and one in Spain in the last month. “High gas and electricity prices exert strong pressure on our competitiveness,” said Rainer Blaszhek, head of the German division of ArcelorMittal.

The 8th package of EU sanctions, which is expected to be adopted in the coming weeks, can solve the problem.  It must at least correct the mistakes of the 4th package and extend the embargo to all, without exception, metallurgical products and raw materials from Russia.

But it must also introduce blocking sanctions against companies of the so-called “Putin’s wallets” – Usmanov, Lisin and others, which simultaneously supply steel for Russian tanks and earn in the EU. This would be a significant contribution from Europe to the speedy end of the war in Ukraine, which very soon threatens to develop into the Third World War.