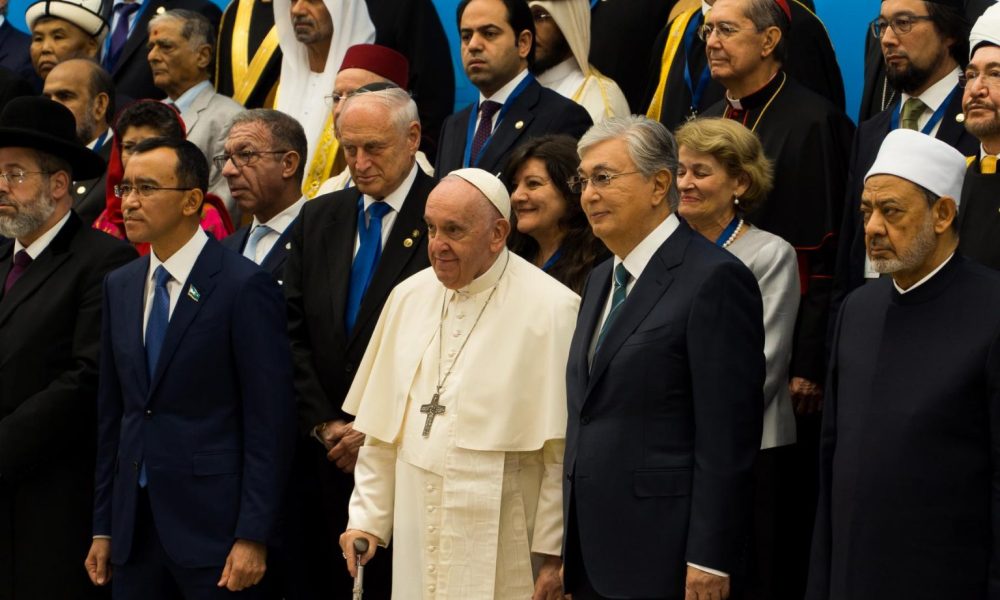 Pope Francis talked about the results of his Apostolic Visit to Kazakhstan on the morning of September 21st.

“Last Thursday through Thursday, I traveled to Kazakhstan, a large country in Central Asia. It was for the 7th Congress of Leaders of World and Traditional Religions. I want to express my appreciation to the President and other officials of Kazakhstan for their warm welcome and the generosity in organizing it. I would also like to thank all the staff, including the bishops, for their great work and the joy it brought me to see them all.

As I mentioned, the primary reason for my trip was to participate in the Congress of Leaders of World and Traditional Religions. The country’s authorities have been implementing this initiative for 20 years. It is now a focal point in the promotion of peace and brotherhood and a place for dialogue at all levels, including the religious. This was the seventh consecutive congress. This country, which has been independent for 30 years, has held seven of these congresses every three years. It placed religions at center of efforts to make the world a place where people listen and respect one another in all their diversity. This is not relativism. It’s the ability to listen and show respect. This is the merits of the Kazakh government. It has released itself from the yoke imposed by the atheistic regime and now offers the path to a civilization that unites religion and politics without separating or mixing them. This is the balanced position for unity.

This trip was not only a congress but also gave me the chance to meet the Kazakhstani authorities and the Church on this planet.

The Eucharist was celebrated in Nur-Sultan on the grounds of the EXPO-2017 exhibition compound, which is surrounded by cutting-edge architecture. It was the feast of Holy Cross and it made us reflect on how in a world that is constantly moving forward and backwards, the Cross of Christ remains the anchor of salvation. A sign of hope that never disappoints, it is based upon the love of God, who is merciful, faithful, and loving. We thank him for this journey and pray for abundant fruit for Kazakhstan’s future and the Church’s life as a pilgrim here on earth. Thankyou”