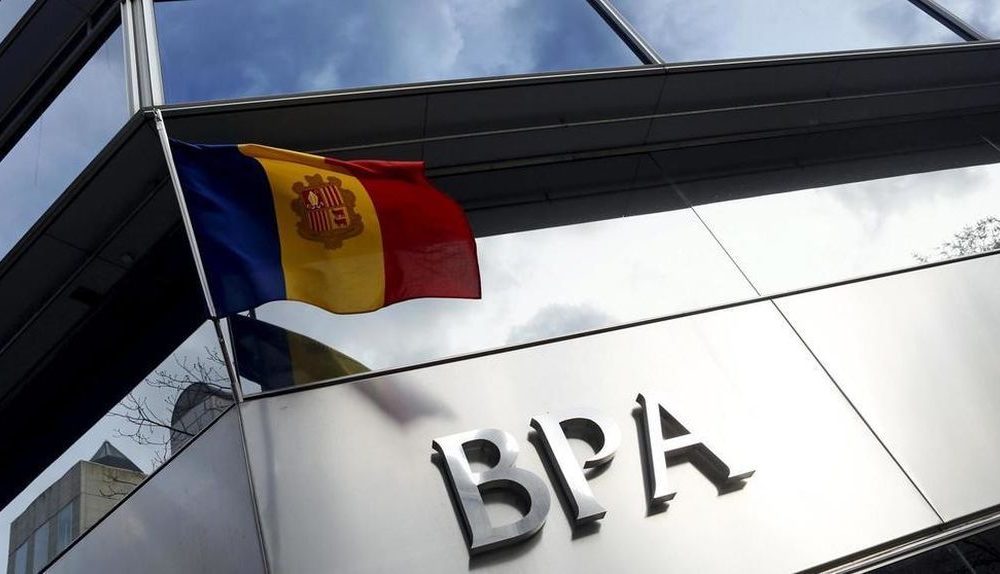 On 10th March 2015 the US Department of the Treasury’s Financial Crimes Enforcement Network, (FinCEN) dealt a hammer blow to the Banca Privada d’Andorra (BPA) by designating the bank as a “primary money laundering concern” under US law – writes Dick Roche, former Irish Minister for European Affairs.

BPA had no warning that it was under scrutiny. It was given no opportunity to answer FinCEN’s allegations or to see its evidence.

An attempt to challenge FinCEN in the US Courts was frustrated when the agency reversed its designation of BPA on the basis that as the bank was closed it “is no longer a primary money laundering concern”. With the designation lifted, FinCEN argued it had no case to answer.  US Courts went along with this ‘logic’.

The hollowed-out remnants of BPA were sold by the Andorran authorities in 2016 to J.C. Flowers for €29 million, a fraction of its original value.

The story didn’t end there: emerging evidence suggests that BPA’s destruction had as much to do with murky politics as with money laundering, that FinCEN was played as a ‘useful idiot’ by a covert police operation and that its intervention was yet another disconcerting example of US exterritorial outreach- writes Dick Roche former Irish Minister for European Affairs.

The core of FinCEN’s case was that negligence by BPA in anti-money laundering and counter financing of terrorism procedures (AML-CFT)  gave third-party money launderers (TPMLs) access to the US financial system.

Those allegations are vigorously contested by former BPA shareholders. They point out that BPA complied fully with regulations, and that Andorran regulators received detailed annual reports and independent external expert reports on AML- CFT procedures. They also point out that a series of court cases since 2015 have not resulted in findings of money laundering against BPA.

The shareholders also argue that, as Andorra’s main regulatory agency was headed by a former auditor who had been involved in the preparation of reports on BPA, the Andorran authorities had a unique insight into BPA’s operations.

FinCEN supported its case against BPA with four eye-catching allegations, all of which are challenged by the shareholders.

The first allegation concerned Andrei Petrov described as a third-party money launderer [TPML] “suspected” of “links to Semion Mogilevich, one of the FBI’s ten most wanted fugitives”.

Petrov, a Russian national, who lived in Spain, was an agent for Victor Kanaykin, a former member of the Russian Duma. In 2003 Kanaykin opened an  account  in BPA with funds transferred from a Latvian bank. As Kanaykin’s agent, Petrov, had limited access to the account. He transferred  €2.5 million through the account, €1.5 million from UK bank accounts, and the remainder from other Andorran banks.

Two years before FinCEN’s designation of BPA, Petrov was arrested by the Spanish authorities on suspicion of helping to launder €56 million a figure which suggests dealings with many banks other than BPA.

In the court action which followed Petrov’s arrest, no finding of wrongdoing was made against BPA. In addition to making this point, shareholders question why FinCEN failed to examine the other Andorran, UK or Latvian banks which had transactions with the Kanaykin account.

The second FinCEN allegation involved the accounts of Venezuelan nationals. The US agency alleged that $2 billion siphoned off from Petroleos de Venezuela were moved through these accounts.

Shareholders again flag flaws in FinCEN’s narrative. They note that funds in the BPA accounts came, following due diligence, from US and Andorran banks none of which noted any irregularities. They make the point that the accounts featured in court proceedings were unblocked after two years of examination.  No finding of wrongdoing by BPA was made.

The third FinCEN allegation focused on Gao Ping a Chinese national described by the US agency as acting on behalf of a “transnational criminal organization engaged in trade-based money laundering and human trafficking”.

Gao Ping was arrested by the Spanish authorities in 2012. At that time he was described by Reuters as “the highest profile Chinese in Spain”.

FinCEN alleged that Gao Ping “paid exorbitant commissions to BPA officials to accept cash deposits into less scrutinised accounts and transfer the funds to specific suspected shell companies in China”. It also alleged that Gao Ping attempted to bribe BPA to retain the account of Rafael Pallardo, a business associate.

The shareholders point out that Gao Ping had no accounts in BPA, had no direct dealings with the bank, and reject the suggestion that he offered bribes to retain the Pallardo account.

They point out that in 2010 an increase in transactions on the Pallardo account prompted BPA to commission a review from KPMG. KPMG found no illegal activity but reported that the account was associated with Spanish tax evasion. Holding funds in Andorra to evade tax in Spain was not an offence in Andorra, however, as BPA was expanding into Spain it dropped Pallardo as a client in 2011 a year before Gao Ping’s arrest and four years before FinCEN designated BPA.

In addition to highlighting specific shortcomings in FinCEN’s ‘evidence’ on the Petrov, Venezuelan, and Gao Ping cases BPA shareholders also point out that all three cases were covered in a special independent external examination presented to Andorra’s regulatory agency, INAF, in 2014.

In its fourth ‘case’ FinCEN alleged a link between BPA and an individual identified as “TPML 4,” who worked with the Sinaloa drug cartel, the most powerful drug trafficking organization in the Americas.  BPA shareholders reject the suggestion of any links with the cartel and point out that FinCEN produced no evidence to prove otherwise.

The curtain drawn by the US courts over FinCEN’s actions has been parted by legal actions in Spain and Andorra. Evidence in those cases question FinCEN’s actions and spotlight the role played by a covert and highly political Spanish police operation.

Catalan self-determination became a major issue in Spanish politics form 2010. Implacably opposed to the idea, the government of Mariano Rajoy, allowed the formation of a covert police operation, Operation Catalonia, focused on undermining the credibility of Catalan leaders.

An investigation opened in 2015 into the business activities of former police superintendent Jose Manuel Villarejo has produced remarkable material on the BPA affair.

Angered by the charges against him, Villarejo, released explosive material on Operation Catalonia, in which he had been a central player.

In sworn evidence before an Andorran court investigating the BPA affair, Villarejo testified that he had been instructed to submit highly damaging information on BPA and its subsidiary, Banco Madrid to the US Treasury Department.

In media reports Villarejo outlined how, believing that BPA had not been fully cooperative, American ‘intelligence colleagues’ and FinCEN were sent “reports full of lies” including allegations about the BPA’s “Venezuelan and Russian clients”.

A secret tape recording made in March 2014 and released last May reveals the Operation Catalonia leadership discussing how to illegally extract information damaging to the Catalan separatist leadership from BPA.

In a TV interview in May Villarejo labelled the methods used against BPA “illegal” and described the bank as Operation Catalonia’s ‘biggest victim’.

The Spanish Congress has acknowledged the existence of Operation Catalonia. The Catalan Parliament concluded that Mariano Rajoy and members of his administration conspired to discredit political rivals.

In June last an Andorran judge summoned former Spanish Prime Minister Rajoy and two of his former Ministers and former officials in Spain’s Interior Ministry to testify as defendants regarding Operation Catalonia and the part it played in the collapse of BPA. Rajoy is challenging the summons in the Madrid courts.

While it will take time for all the BPA related legal cases to play out, it is clear that murky politics played a major part in the BPA affair. It is also clear that the affair is yet another disconcerting example of US exterritorial outreach, an issue on which the EU has been far too silent.

Dick Roche is a former Irish Minister for European Affairs and former Minister for the Environment. He was a key player in Ireland’s 2004 EU Presidency, which saw the biggest ever EU enlargement when 10 countries acceded to membership on 1 May 2004.