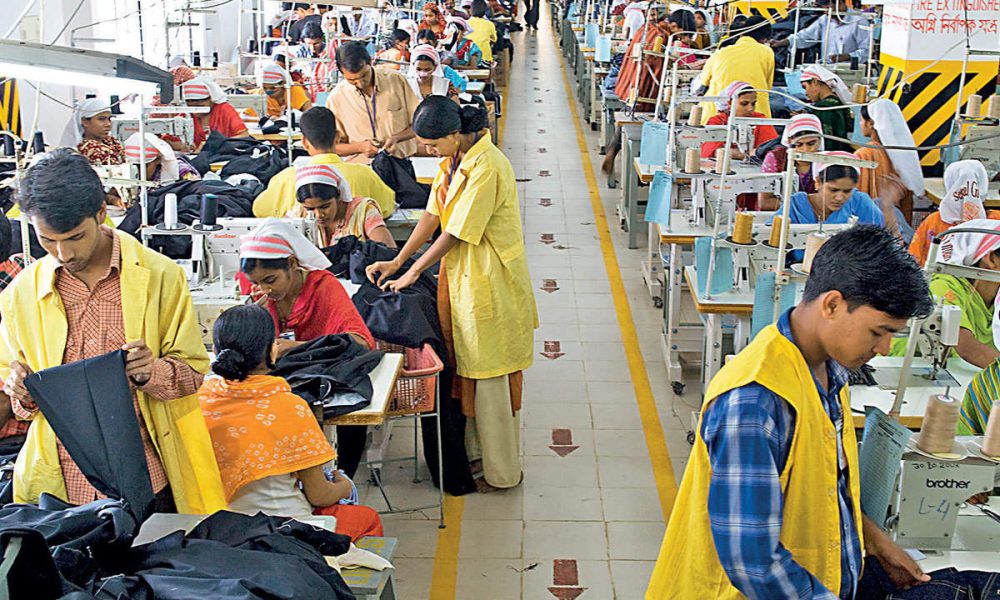 One of Asia’s most prominent bankers has described Bangladesh as “an oasis for growth” and “a country with immense opportunities.” Nick Powell, Political Editor, examines how Bangladesh continues to move forward in spite of all its international economic difficulties.

Bangladesh stands out because of its resilient economy. It grew by more that 17% in just three years, despite the global pandemic and economic shocks that have gripped much of the globe. Benjamin Hung, the chief executive of Standard Chartered for Asia was recently in Dhaka to see what is being accomplished in this “oasis of growth”.

“Bangladesh strikes my mind as a country with immense potential. It has weathered a period of increased external pressure and economic headwinds which have affected many other economies. He said that Bangladesh’s economic growth is stable, and the mitigation effects of policy actions are visible. “It seems that Bangladesh will continue to achieve sustainable growth.” he told Dhaka Daily Star.

Mr Hung identified continued investment in infrastructure as a crucial factor, giving the example of the recent completion of the Padma River Bridge, a domestically-financed project that has transformed transportation for much of the country and its neighbours. His London-based bank’s Future of Trade report has described Bangladesh to be a market that is rapidly moving towards being a major global trading partner.

Bangladesh’s cumulative GDP growth was the highest in the world from 2010 to 2020. It lifted 25 million people from poverty in a decade-and-a-half. The UN confirmed last year that Bangladesh would be able to graduate from the list of least developed countries by 2026. This is a remarkable achievement, especially considering that Bangladesh was the second-poorest country in the world when it gained independence in 1971.

The Asian Development Bank predicts that the country will see a 6.9% and 7.1% growth in GDP in 2022, respectively. This means expanding new economic sectors to match the success in established industries like garment manufacturing. Sheikh Hasina, the Prime Minister, spoke of creating the foundations for a new technological sector.

She said, “We are creating universities in every district in Bangladesh and technical and vocational schools in every county.” We encourage our youth to invent, not copy. “We want our youth to be entrepreneurs, and to give high priority to start ups.”

One of Bangladesh’s strengths is the high percentage of young educated citizens. Bangladesh’s median age is 28. This compares to 38 in China and 38 in the USA, and 44 in the European Union. It is leading the charge in combating climate change at home and abroad. The country has called on all countries to fulfill their responsibilities.

Sheikh Hasina claims that her government has integrated climate change into its national development policies. She stated that a large portion of the development budget goes towards addressing climate change. “Had climate change not impacted our GDP, we could have seen an increase of 10% or more for decades and fulfilled the development aspirations 165 million people. We have the right to demand preferential and unrestricted access to green climate technologies. Bangladesh is not responsible.

Foreign direct investment has been an area in which Bangladesh has lacked progress until now. Lloyds, a London-based international bank has claimed that Bangladesh’s strategic geographical position, natural resources and strong domestic consumption make it a compelling candidate to invest.

Professor Shibli Rubayet-Ul-Islam is the chair of the Bangladesh Securities and Exchange Commission. He says potential inward investors don’t know enough information about Bangladesh. He said that the government of Bangladesh is friendly to business and that there is a high return on investment. Bangladesh needs to invest in energy, transportation, rail, and shipping. There is a large delta in Bangladesh and there is a lot of potential for the blue economy as well as renewable energy.

The garment industry is the only sector that has been exposed to Bangladesh’s economic power. The country is second in world exports and continues to grow at 25%. However, other exports are growing. Exports from the pharmaceutical industry to 42 countries are now possible. Other forms of manufacturing are also growing. This is a story of success that the entire world should be aware of.