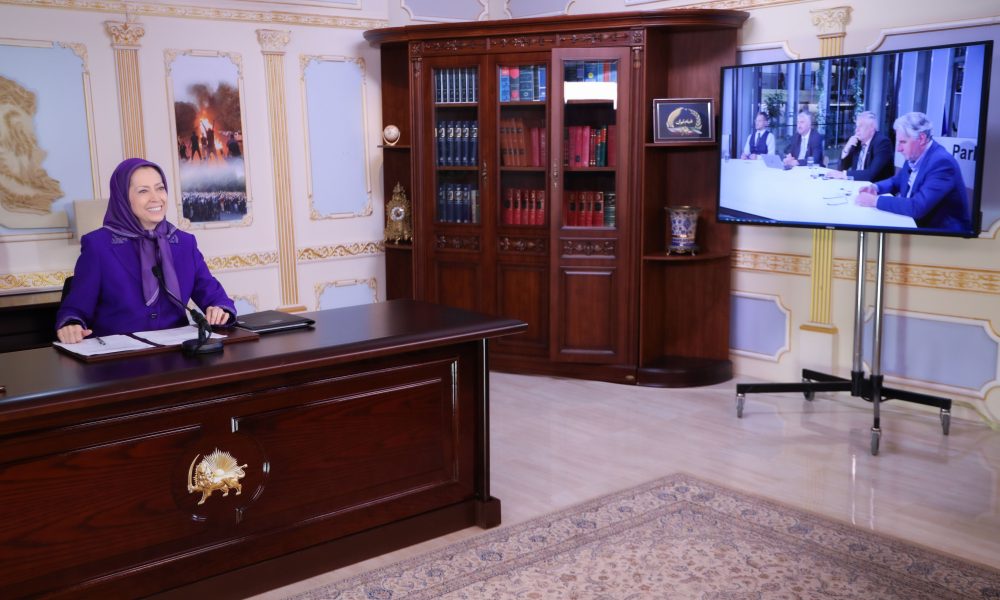 On Thursday (6/10), the European Parliament adopted a resolution calling for a coordinated international response to domestic unrest in Iran and associated crackdowns against dissent. More than 130 MEPs signed a statement supporting the “Iranian people’s uprising” as well as condemning the “brutal suppression” of protesters.

The People’s Mojahedin Organization of Iran (which maintains a large network within the Islamic Republic), claims that this suppression has claimed over 400 lives since the uprising started in the wake of Mahsa’s arrest and death by Tehran’s “morality cops”. On September 13, the 22-year-old Kurdish lady was visiting her family in Tehran when she was arrested for violating Islamic dress codes by wearing her hijab too loosely. The woman was taken into a van, beaten and then died in hospital three days later.

Massive public outrage was immediately generated by the incident, with protestors chanting slogans such as “death the dictator”, and “death Khamenei,” in support of the supreme leader. Many see the current uprising in Iran as a sign of a major shift in society, and a possible precursor to regime change.

“Today Iran is on the verge of change,” Mrs. Rajavi stated in remarks to European Parliament members. She stated that Iran’s true goal is regime change and the establishment a free, democratic republic based on the separation of religion and government.

Mrs. Rajavi continued to stress that the Iranian people expect and deserve international support to achieve that goal. The message was repeated in MEP’s accompanying statement which stated, “The possibility of change in Iran is never been more accessible.” It is now that we recognize the Iranian people’s right to self-defense and overthrow the regime to create a free and democratic Iran.

The MEPs stated that in the interim, “Resistance Units” and the organized opposition were taking serious risks to play an important role in organizing and supporting these protests and building resistance against repression.

MEPs stated that “the possibility of Iran’s change has never been more accessible.” MEPs stated that it was time to recognize the Iranian people’s right to self-defense and overthrow the regime to create a free and democratic Iran.

All political parties were represented by MEPs. They recommended that concrete steps be taken to reduce the Iranian regime’s repression. This included referring past and ongoing violations of human rights to the United Nations Security Council. Also, making any future relations with Iran “contingent upon an end to executions, domestic repression, crackdown on protests, dissent, and the release of all people arrested during the recent uprising.”

These points were echoed roughly in Thursday’s formal resolution. It asked the UN, “particularly its Human Rights Council to immediately launch a comprehensive investigation into recent events, led by UN Special Rapporteur on human rights in Iran.”

It also calls for the expansion of sanctions against human rights abusers. The resolution “asks” the EU and its member states to engage with Iranian authorities to demand an end to violence and the unconditional release all people who are exercising their right of freedom to peaceful assembly, expression, and association.

Both the resolution and its underlying statement emphasize the importance of taking any measures to ensure that Iranians have access to the internet. This has been nearly completely blocked by authorities. Many people have been able to bypass some restrictions by using virtual private networks or other workarounds. This has allowed information about protests and crackdowns continue to leak to the rest of the world. This is a constant battle between civilian technical capabilities and the government. There is widespread concern that tighter restrictions could result in more severe crackdowns like they did in November 2019.

A nationwide uprising was sparked by sharp rises in government-set gasoline prices. Authorities shut down the internet almost immediately and began mass shootings in protestors in different areas. In a matter days, more than 1,500 people were killed and thousands were taken to detention centers where torture continued for several months.

These torture and the killings are reflected in the retrospective accounts of Javier Zarzalejos’ co-chair of Friends of Free Iran, who also spoke at the time to Mrs Rajavi’s address before the European Parliament. He said, “We are amazed by the courage displayed by the Iranian people, particularly women, during the demonstrations taking place in Iran these days.”

Zarzalejos said that the European Union is “indebted” to Iran for its efforts to resist the Islamist dictatorship. Thursday’s resolution, however, aims to repay that debt while requiring specific accountability for acts of violence repression committed both before and during the current uprising.

Jan Zahradil from Czech Republic is an MEP. He said that the violence by the regime was the final straw for anyone who believed it was possible to reach a peaceful agreement with the regime. Iran can change, but there are only two conditions: to end negotiations and concessions with the regime, and to end appeasement. This policy has failed and will not continue to work.

European Parliament’s resolution calls on the UN Human Rights Council “to establish an international investigation and accountability mechanism for human right violations perpetrated in Iran by the Government.” It also recommends that EU and its member countries “use all engagements to demand an immediate halt to the violence against protests, and the unconditional release all people who are arrested for exercising their rights to freedom of expression and association.

These recommendations are closely related to those made by the Friend of Free Iran, and other supporters of Iran Resistance with respect to a variety of unresolved human right issues, including 1988’s massacre of 30,000 political prisoner.