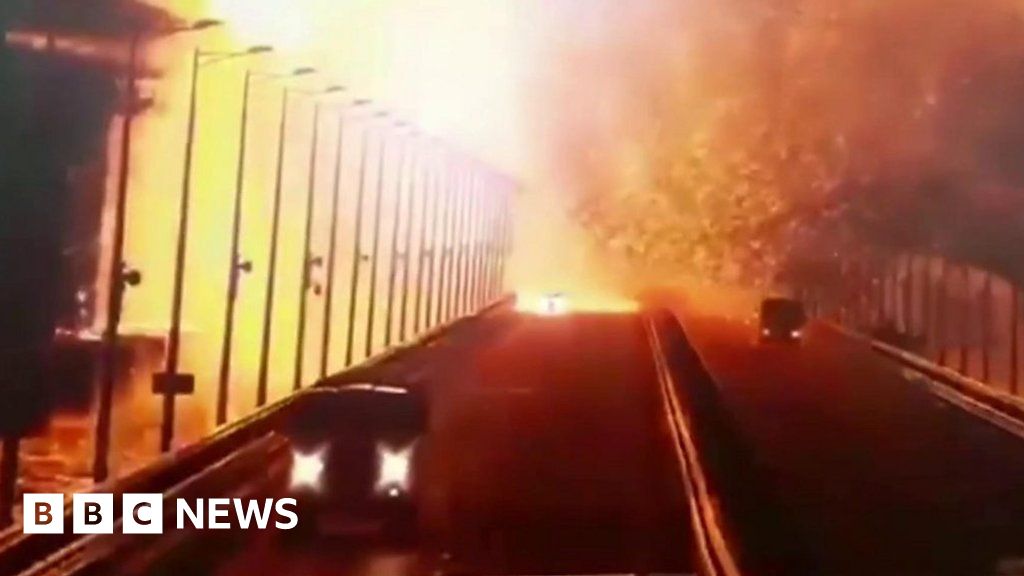 After an explosion, the road section connecting occupied Crimea to its only crossing has been blown out.

Images of a train burning on Kerch’s rail bridge are widely shared. The adjacent road bridge appears to have suffered damage.

Vladimir Putin ordered the construction of the bridge. It is an important link for moving military equipment into Ukraine. Moscow had annexed the area four years prior.