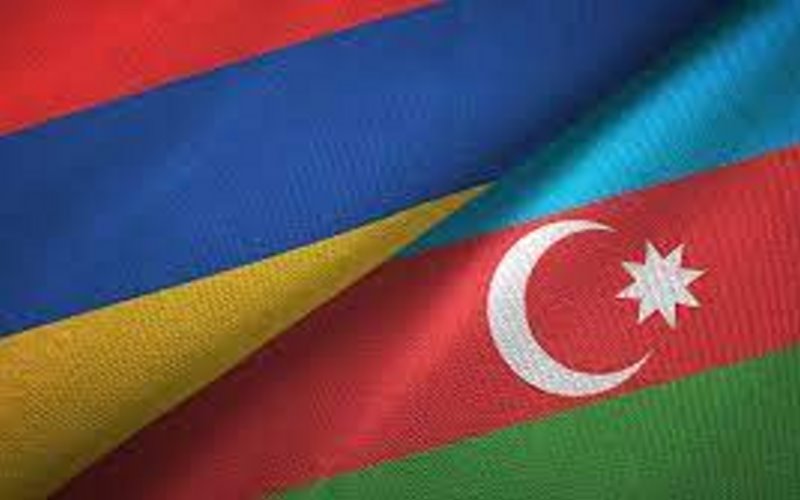 Since the beginning of 20th century Armenians have committed genocide against Azerbaijanis repeatedly and gazed upon Azerbaijani territory at various times in history. – writes Mazahir Afandiyev. – Member of Republic of Azerbaijan.

After the collapse of the Soviet Union, nationalist-separatist Armenians moved into the Karabakh territory of Azerbaijan in the name of helping and asserted territorial claims against Azerbaijan again, which led to the deaths of thousands of people, the displacement of more than a million people from their homelands, and the declaration of war by Armenia against Azerbaijan.

The Armenian state implemented its aggressive policy before the international community during the First Karabakh War. This led to ethnic cleansing and genocide among the Azerbaijani population. As a result, 13,000 Azerbaijanis died in military operations and thousands were injured. There is still no information available about the fates of almost 4,000 Azerbaijanis who disappeared during that war.

Azerbaijan, which did not accept the inactivity by the OSCE Minsk Group any longer, implemented the four UN Security Council resolutions No. 822, 853, 874, and 884 were adopted in 1993 concerning the occupied territories. The Commander-in-Chief Great General Ilham Aliyev freed our native Karabakh by eliminating the Armenian army as well as illegal military formations that had been stationed on the occupied territory in the 44-day Second Karabakh Patriotic War. The Armenian side turned towards Russia and Azerbaijan, and was forced to sign an act of surrender on November 10 accepting their losses and defeat.

Azerbaijan started to restore and reconstruct the areas that were liberated from occupation after the war. These areas were demined to allow the residents to return to their homelands, regardless of religion or nationality.

Unfortunately, Azerbaijan discovered numerous mass graves of compatriots who were killed in the First Karabakh War. These graves are still missing and were then vandalized by Armenians.

The search and investigation efforts that were carried out during these days led to the discovery of another mass grave containing human remains and wires and ropes as well as evidence of torture in Edilli, a liberated village in the Khojavend area. This is a grave violation of moral and legal principles that human society has, which threatens the idea of humanity.

Azerbaijan was not willing to listen to the truth of the world community for many years. Despite the fact that they are a Party to the Geneva Conventions of 8/12/1949 and their two additional Protocols on 6/8/1977, which provide protection for war victims of Armenia, over the past 30 years international humanitarian law has shown that Azerbaijan grossly violates its internationally recognized norms, principles and neglects and irresponsibly handles its international legal obligations.

Armenia continues to breach its international obligations by not disclosing the fate of 3,890 Azerbaijani hostages or prisoners of war. We know that relations between Azerbaijan and the European Union are improving in all areas, including the political, cultural, and humanitarian. The EU regards Azerbaijan as a strategic partnership. The European Union has committed to playing an active role in the establishment of a sustainable and comprehensive South Caucasus settlement. This includes support for stabilization and post-conflict transformation as well as trust and reconciliation.

In order to sign the Peace Treaty, the European Union invited Armenian and Azerbaijani leaders to the table severally. This was to ensure peace and security in the region. At the Brussels meetings, President Ilham Aliyev made it a priority to discuss information regarding the fate of hostages, missing persons, captives and other issues. Despite all this, Armenia continues to ignore the European Union’s calls for peace negotiations and accuses Azerbaijan, claiming that it used violence against any Armenian soldier. All of these accusations are unfounded and not based upon any facts. Everything is taking place in front of the eyes worldwide community.

The Armenians have not yet taken any steps to release the hostages or provide information about the location of the mass graves. However, to avoid false accusations, Azerbaijan has made public the information about mass graves found in territories that were freed from occupation to the world, as it felt necessary.

Genocide, ethnic cleansing and crimes against humanity by Armenians against Azerbaijanis over nearly 30 years are unacceptable acts directed at humanity in general.

It is not enough to reassure the Armenian side that our state, which is a party to the four Geneva Conventions, has repeatedly returned Armenian soldiers captured in military operations to the opposing side, following the principle of humanism. We also implemented all measures necessary to ensure lasting peace and tranquility in the region.

The international community recognizes that Azerbaijan, like Armenia, is faithful to its obligations under international law. We believe that, despite existing injustices, political hypocrisy and the preferential position taken towards Armenia, which has its sights on other territories, war crimes against our countrymen will not go unpunished.

Mazahir Afandiyev Member of The Milli Majlis of Azerbaijan