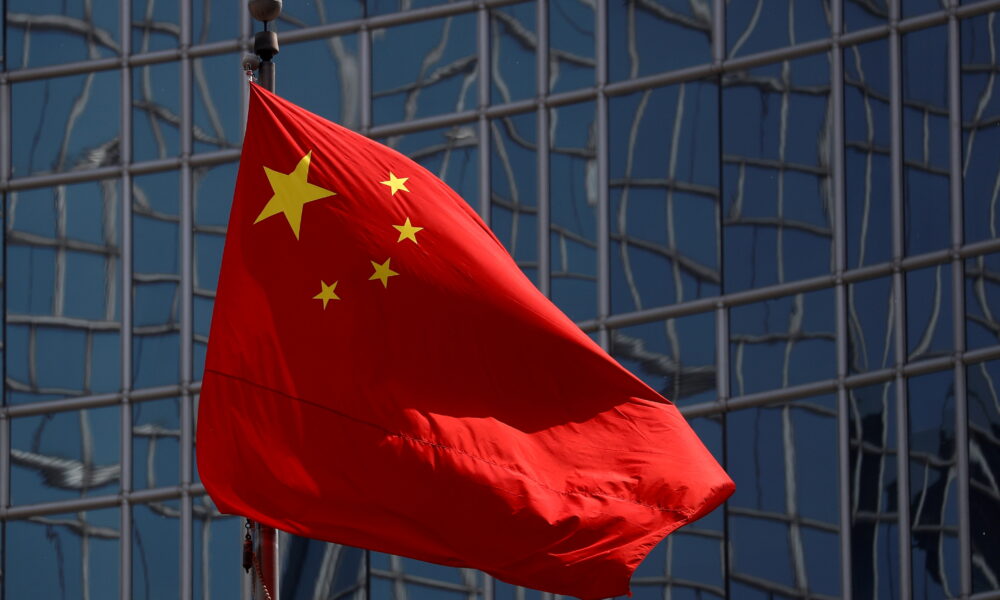 Leading human rights groups welcome a ban by the EU of goods from China that may have been manufactured or sourced from forced labor.


According to the European Commission, the ban was imposed in response to growing concerns about China’s rights violations.

Critics of Beijing’s regime argue that companies doing business with China in Europe and elsewhere should be punished. They also need to ban goods sourced from forced labor.

This issue was pushed to the forefront by the disturbing situation of Uyghurs in China, who are allegedly being persecuted by Chinese authorities.

The topic of this and a possible ban in goods was the focus of a Friday debate at Brussels’ press club.

Ben Rogers, the founder of Hong Kong Watch (a non-governmental organization based in the UK) was the keynote speaker. It was created to monitor Hong Kong’s human rights, freedoms, and rule of law.

He spoke via a link from London and said that “This is an extremely important topic, and I warmly accept the EU proposal for a possible ban on goods.” This is a good start.

“The US has already taken this step to ban imports of forced labour. I urge the EU to follow suit.

“The Uyghurs’ plight is being recognized as genocide, crimes against humanity. This is being seriously considered. This genocide of Uyghurs is just one aspect of China’s current human rights crisis.

“We’ve seen what Beijing did to Hong Kong. It took away its autonomy and freedoms. There is also Tibet and the persecution of Christians. China is an Orwellian country and I support the EU proposal.

Rogers also condemned “shocking support” for China by the majority of Muslim nations.

He stated that although coverage of this topic isn’t as high as it should, it is still being covered. However, the issue is now higher up on the media agenda.

“Most people are well-informed about this issue and there has been excellent coverage, such as on BBC, of footage showing Uyghurs being sent off to work for the British government. This was the topic of a live interview with the Chinese ambassador to Britain.

He said, “Yes, media should do more to expose it but this coverage was an important factor in pushing the issue higher up the agenda than before.”

“We live in a society that wants things to be as quick and cheap as possible, but there is an increasing awareness about the dangers of slave labor. This is something that more and more people are realizing, but perhaps not fast enough. It is important to provide information so that people can make informed decisions and diversify their sourcing of components and goods for consumer products, and not just rely on China.

Chris White, an ex-national newspaper reporter from the UK, added further comment. He said that there was a “general failure of politics around this world.” While politicians may want to do the right things, it is often not achieved. However, I have to admit that I do not see the EU succeeding with this proposal for a ban on goods because it will face fierce opposition.”

He said that the media are not good at explaining the Uyghur situation. If I were to go to China and broadcast critical information, I would end up in a terrible situation. The situation in China is similar to Russia. These companies do not have democracy. We don’t see the follow-up coverage required, such as information about which Chinese companies do business with China. This would allow the public say that they won’t buy this product. This is the problem.

White said: “I have a smartphone of which key components were made in China, but I haven’t seen any reports about people not purchasing goods from China.” The public is not well informed, and I believe corporate issues may be at play.

Gary Cartwright (publisher of EUToday), who organized the debate, also criticised media coverage, saying that “This is a major human rights issue but the British media seem to be more interested in celebrity news.”

He mentioned a statement from a major IT company for the financial year 2021 that spoke about “cleaning up its act” regarding its supply chain.

He stated that despite the company’s claims about cleaning up their act, another letter from the Human Rights Commission Geneva to the CEO of this company suggested that the firm could be involved in the supply chains of goods originating in forced labour. However, we don’t have accurate information.