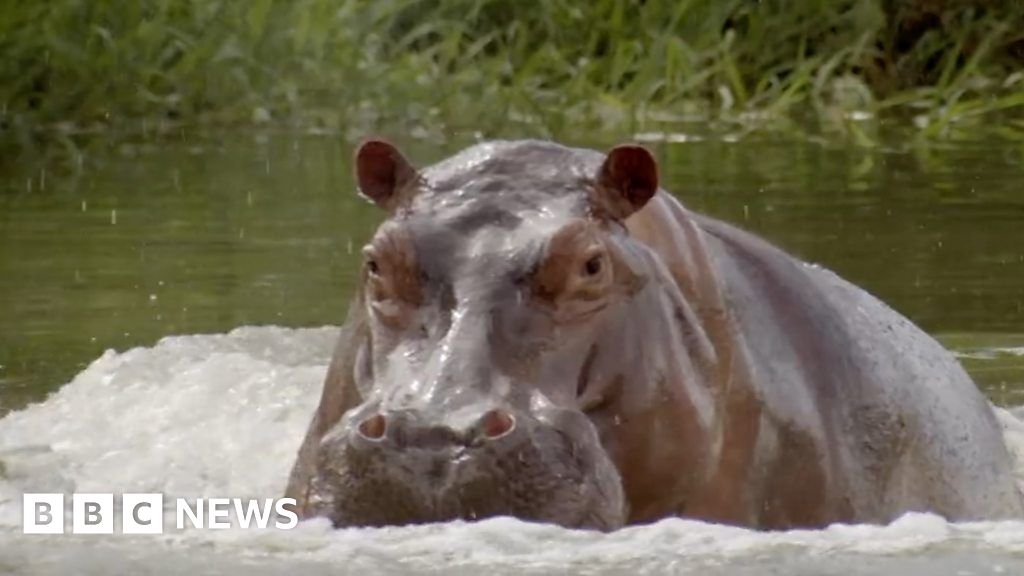 Pablo Escobar, the drug kingpin, died in 1993 after having built a multi-billion dollar cocaine empire. He left behind a zoo.

His rhinos, giraffes and elephants were re-housed while his hippos were kept at Escobar’s abandoned ranch, Colombian countryside.

The problem was solved by Vet Carlos Valderrama. He describes the experience of casting a hippo wild.

You can listen to the full story at Witness History.