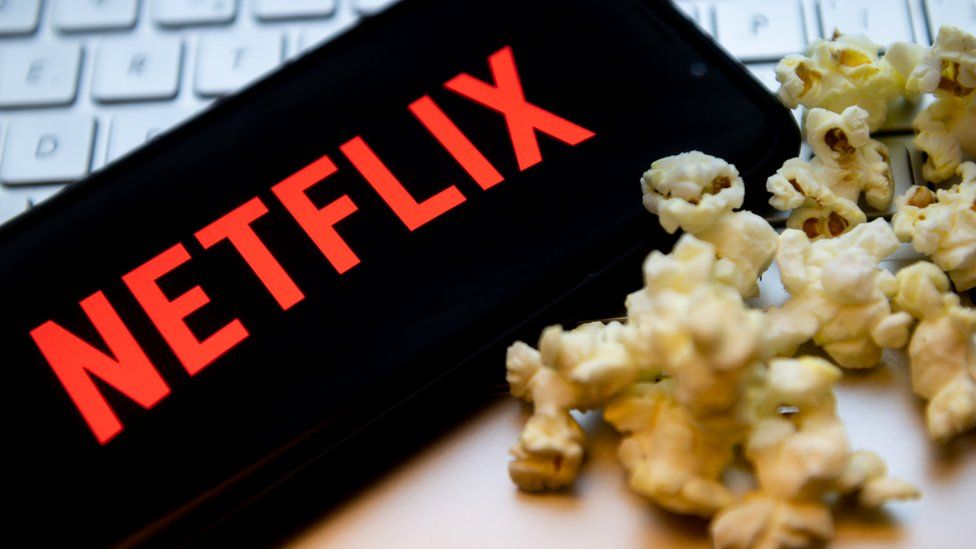 You will probably have noticed how much longer it takes these days to complete your favourite Netflix shows.

You could be watching Ozark or Stranger Things and reach a gripping cliff-hanger, but then have to wait another month or two to see the second half of the series.

It might be annoying, but dicing up its hits is one of several tactics Netflix has been using recently to encourage users to keep their subscriptions active for longer.

And it seems to have worked – on Tuesday, the company unveiled its Q3 results, showing it had added 2.4 million households to its subscriber base, after two consecutive quarters of losses.

Its reversal of fortunes is especially surprising given the cost of living crisis. Cancelling streaming subscriptions is thought to be one of the easiest options people have when cutting household budgets.

But Netflix has been attempting to make the platform more enticing – starting with the way it packages its shows.

“The framework used to be the binge model. The whole USP of Netflix was that an entire series of something would be available in one go, which at the time seemed completely mind-blowing,” says Frances Taylor, who monitors both linear and streaming programming as TV previews editor at the Radio Times.

“You’d have one episode of a similar drama going out per week on the BBC, and then that one episode would go up on iPlayer. Now, obviously, the BBC has adapted and does box-set drops, too, but what is amazing is that streamers like Netflix, who led the way in their models, are now adopting some of the models that linear TV depended on for so long.”

Nearly every streaming service is doing some version of this. Apple’s Ted Lasso, Amazon’s The Boys and Disney’s Pam & Tommy are just a few of the shows which have experimented with more staggered rollouts. Many of them will release the first two or three episodes of a season together, before moving to a weekly model for the rest.

“Dropping one episode a week creates a real buzz, gets viewers excited and leaves them on a cliff-hanger,” says Taylor. “But it’s really canny because it means you can’t sign up for a seven-day free trial, binge the whole thing and then cancel and walk away. You’d have to either wait until it’s finished and try to avoid spoilers, or bite the bullet and sign up to the streaming service for two or three months.”

Other ways Netflix is trying to make it more difficult to leave include using ever-advancing technology to make its ecosystem stickier for subscribers.

This includes the introduction of a designated kids’ zone, which has made Netflix a much more valuable commodity for families.

Elsewhere, improvements are always being made to algorithms, which learn what content viewers like so Netflix can provide tailored recommendations. However, some subscribers think they’ve spotted the company increasingly making efforts to steer them towards its own original content.

‘They want their crown back’

Jamie Harris, technology and science reporter at The Sun, says: “Algorithms have long been the bread and butter of tech firms to keep you on their platforms, and Netflix is no different.

“For as long as I can remember, it has pushed notifications to users based on their viewing habits, but some have told me they’re now getting recommendations for shows and movies they wouldn’t usually watch – surprise, surprise, they all seem to be Netflix Originals as well.

“This comes as no shock, as Netflix is really having to go big on its own content now, with Disney, Paramount and so many others launching their own streaming services, and taking their movies with them once the rights end. It’s a tough market out there – Disney+ took Netflix’s spot as the most popular streamer over the summer, and you can bet they want their crown back.”

Netflix offers some information on their website of how the recommendations system works. Contributing factors listed include the time of day, the device being used, a user’s previous viewing choices and the preferences of other members with similar tastes.

Other technological advances in recent years include the auto-play function, where the credits of a film you’ve just finished will only last a few seconds before a new programme automatically starts playing. Meanwhile, the preview feature means a short clip of a film or TV show will auto-play when you hover over it, lengthening the browsing process and making it easier for users to pick something they’re confident they will enjoy.

Netflix also has the luxury of being compatible with almost every platform, including games consoles, connected TV devices and smartphones. Certain other streaming services are not routinely available everywhere.

But of course, no amount of great technology would be enough on its own to attract subscribers. Ultimately, it is the content that keeps people coming back.

Julian Aquilina, senior TV analyst at Enders Analysis, suggests that each streaming service “must have content that makes them stand out” in order to survive.

“There’s been fierce competition between platforms to get their hands on the best pieces of content; the last few years have been a golden age for scripted content,” he says.

This is one area where Netflix has traditionally excelled. Almost every week, the service launches a big show which everybody seems to be watching. Bridgerton, Inventing Anna and Monster: The Jeffrey Dahmer Story are among its biggest hits this year.

The service tries to cater for as wide a variety of tastes as possible – something which is particularly evident on the film side of the business, where the company is trying to attract fans of both blockbusters and more niche art-house films.

In the past year, Netflix has housed both The Gray Man, a £200m Ryan Gosling popcorn action thriller, and The Power of the Dog, a film with much less mass appeal but which netted 12 Oscar nominations.

Looking ahead, Netflix is finding new ways to grow its subscriber base. The company is branching out – both into the world of gaming and even potentially into live programming.

For several months, Netflix has also been making noises about clamping down on password sharing.

Higher-priced tiers were introduced so people could legitimately share passwords within their family or household. But efforts to reduce password sharing with regular subscriptions have so far had limited success during trials – partly due to the loose definition of a household.

Meanwhile, Netflix recently announced the prices for its ad-supported tier, which will launch in November. Users who take up this option could be forced to watch un-skippable adverts before programmes begin and in designated breaks throughout. That could alter their perception of Netflix because of its legacy of being an ad-free experience.

Ad-supported models won’t have much impacted their Q3 subscriber numbers because they are yet to be launched in most countries – but it could be key to continued growth in the next few quarters.

“Clearly Netflix, Disney, and others believe that offering people the option of a cheaper service with adverts opens up some headroom for growth,” Aquilina says.

There will be further potential for the streamer to grow internationally, he adds. “While Netflix is already a very mature product in markets like the US and the UK, there are other territories in which it is still quite nascent. Although its US subscriber base has shrunk for the last two quarters, it’s been growing in other parts of the world, such as Asia Pacific.”

Analysts will be watching closely to see whether Netflix’s multi-pronged growth strategy will be successful in the quarters to come.